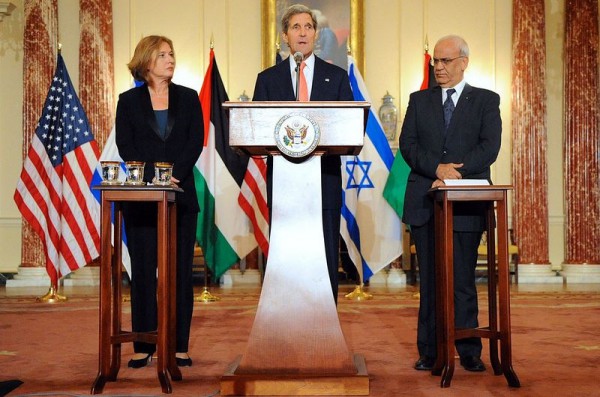 Palestinians are actively sabotaging the “peace process” through incitement even while in the midst of negotiations, according to a statement released by Israel’s Ministry of Foreign Affairs (MFA) last week.

The incitement, which fosters a culture of hatred, is present in the Palestinian media and statements being made by PA officials.

“This culture of hatred is a decisive factor in increasing both the number of terrorist attacks and their severity.  Children are educated to hate Jews and Israelis from an early age, and adults are encouraged to carry out terrorist attacks,” the MFA said on its website.  (MFA) 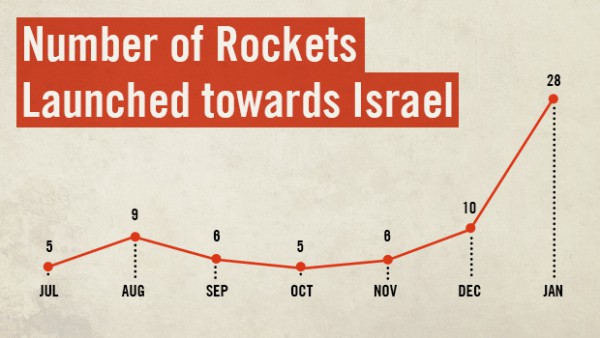 This IDF graph shows a clear increase in the number of rockets launched toward Israel since the peace negotiations started last July.

There has been a clear increase in terrorist attacks since the opening of the peace negotiations (76 attacks in July, 93 in August, 129 in September, 131 in October and 160 in November), with a “constant stream of incitement to violence and hatred against Israel, emanating from the West Bank [Judea and Samaria], primarily through channels related to the Palestinian Authority,” the MFA added.

While Israel is exercising good faith in keeping the negotiations on track by releasing terrorists with blood on their hands, these same former prisoners, such as Hamas leader Hassan Yousef not only disregard any prospects of progress, they oppose negotiations and support a third Intifada (civil disturbance).

“All the organizations of the Palestine Liberation Organization, as well as Hamas and the Islamic Jihad, are opposed to negotiations with Israel,” Yousef said, while emphasizing that Palestinian Authority (PA) Chairman Mahmoud Abbas does not represent anyone other than himself.  (Channel 2) 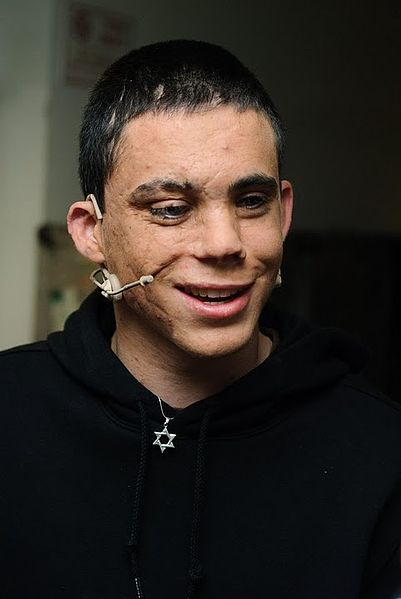 Oren Almog, survivor of the Maxim restaurant suicide bombing in 2003.  He was blinded by the blast and lost two of his grandparents, his father, his brother and his cousin.

Hassan Yousef is the father of Mosab Yousef, who spied for Israel and, after moving to the States and becoming a believer in Yeshua (Jesus), wrote of his experiences in the book Son of Hamas.  Mosab was later disowned by his father.  (Arutz 7)

Another PA official who tells Palestinians that the talks are doomed to fail is Tawfiq Tirawi, a member of the Central Committee of the Palestinian Authority’s ruling party Fatah.

“It is not possible under any circumstances that a Palestinian state will be established in the West Bank and the Gaza Strip 20 years from now,” Tawfiq Tirawi told Lebanese TV news channel al-Mayadeen.

Tirawi was tried and found guilty by Israel for his involvement in recruiting a suicide bomber in the 2002 Tel Aviv terrorist attack at Bialik Cafe that killed 1 and left 29 others injured.

He still urges continued resistance [terrorism], saying negotiations will result in nothing.

“We have to resume action,” he said, “as action can change many things.  I mean resistance in all its aspects.”  (JP)