“How much more—when wicked men have killed an innocent man in his own house and on his own bed—should I not now demand his blood from your hand and rid the earth of you!”  (2 Samuel 4:11) 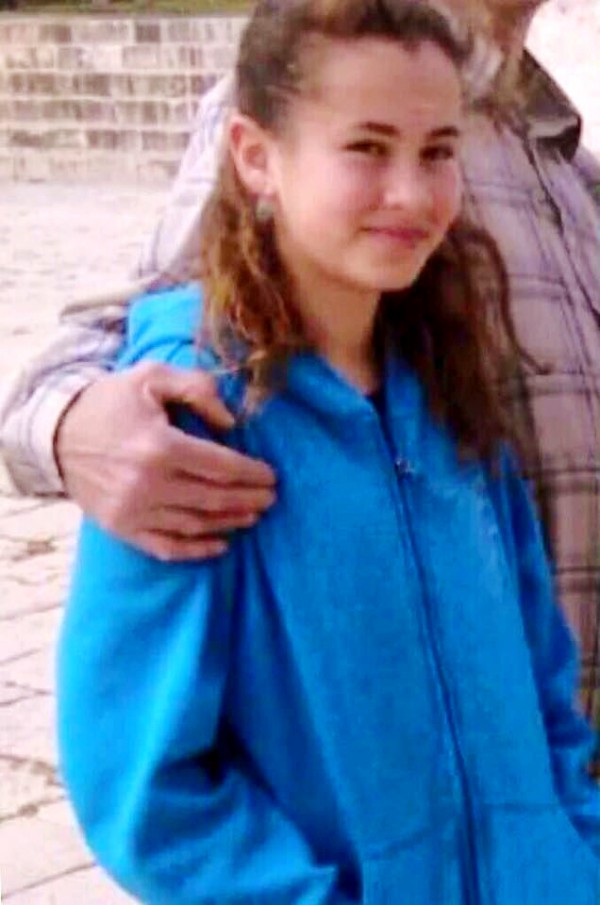 Halled Yaffa Ariel was killed in her sleep by a Palestinian teen who broke through the security fence in her settlement.

Just days after Palestinian Authority Chairman Mahmoud Abbas’ aide, Sultan Abu al-Einein, a Fatah Central Committee official, called for gruesome violence against Jewish Israelis, murders and attempted murders have rocked the nation.  On Thursday morning, the grisly murder of a 13-year-old girl as she slept in her bed grieved and saddened all of Israel.

Before murdering Ariel, Tarayrah announced on Facebook that he wanted to die, saying, “death is a right and I am asking for my right.”  He also recently praised the terror attack of a PA woman, who purposefully rammed an Israeli car in Kiryat Arba, calling her “a sister to bravery.”

Ariel had been sleeping in to recover from a dance recital in Jerusalem with her dance troop Harikod on Wednesday night.

Tarayrah breached the settlement’s security fence, setting off an alarm that told all residents to remain indoors.

While Ariel’s stepfather, Amichai, and other members of the settlement’s security team systematically checked the community, Yarayrah walked to Ariel’s home near the security road and climbed through an open window, locking the bedroom door before stabbing Ariel multiple times.

The security team found Tarayrah in the home and fatally shot him.  One member of the security team was stabbed during the rescue.  Ariel was pronounced dead at the hospital. 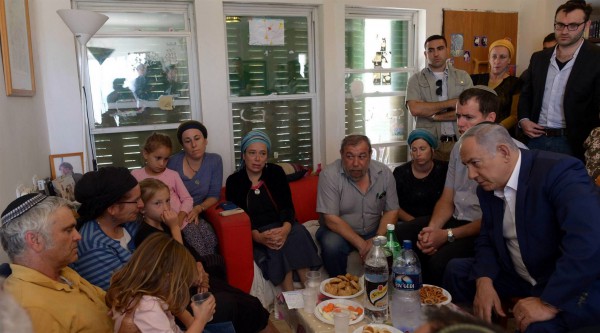 In a message issued shortly after the attack, Israeli Prime Minister Benjamin Netanyahu described a picture of her room:  “There’s a teddy bear still on her bed, a red beanbag chair, some pictures on the wall, shoes tightly packed in a bin next to her bunk bed.  Why would any person do this?”

With his heart in his throat, Netanyahu emphasized, “You don’t murder a sleeping child for peace.  You don’t slit a little girl’s throat to protest a policy you don’t like.  You do this because you’ve been brainwashed.  You’ve been brainwashed by a warped ideology that teaches you that this child isn’t human.”

“We will not let barbarism defeat humanity,” he continued, encouraging his listeners to hug their children and tell them that “we will never let fear, evil and terror triumph; that we will always stand for justice.  And this is how we will fight back. … We fight back by making sure that our collective moral compass doesn’t waver even a millimeter.”

“Today we will cherish Hallel’s memory.   We will defend and honor her dignity by redoubling our efforts around the world to defeat the scourge of radical Islamist terror,” he said. 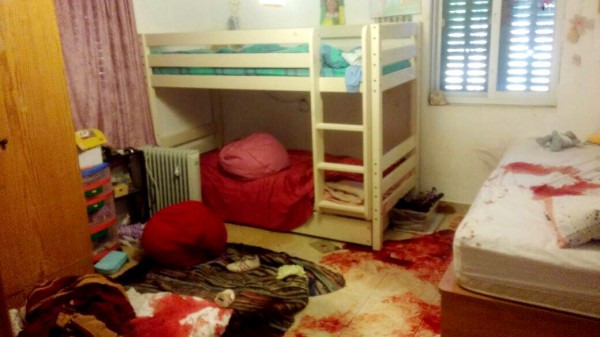 But while Israel mourned, many Palestinians rejoiced in the murder, calling Tarayrah a shahid (martyr), including his mother, who encouraged young Palestinians to do the same.

“My son is a hero.  He made me proud.  My son died as a Martyr defending Jerusalem and the Al-Aqsa Mosque,” she said.  “Praise be to Allah, Lord of the Worlds, he [my son] has joined the Martyrs before him, and he is not better than them.  Allah willing, all of them will follow this path, all the youth of Palestine.  Allah be praised.”

Later on Thursday, as Israel mourned for Ariel, another terrorist, a 40-year-old Palestinian from the village of Sawika, stabbed two Israelis at the market in Netanya.

He first stabbed a man in his 30s or 40s, injuring him severely in the upper body, then ran, stabbing a woman in her 60s who was standing outside a barbershop.  The surrounding people threw chairs and other objects at him before he was shot dead by an armed civilian.

Visiting the Ariel family on Friday, Netanyahu promised that he and Lieberman, the Israeli defense minister, would meet to “decide how to strengthen the community” that was targeted.

At the end of the visit, Netanyahu chose to enter Hallel’s bedroom and after witnessing the carnage firsthand, said, “To see Hallel’s room, to see the blood stains next to her bed and the books and clothes of a small child, this is shocking.  It reminds us again who we are facing.   They want to uproot what has been planted and we will deepen the roots.  They will not make us leave here.  I was impressed by this splendid family.  Their spirit will not break and neither will ours.  We will deepen the roots.”

On Friday, 13-year-old Ariel’s mother wept over her body and her father prayed the Kaddish.

“Halleli, look around at everyone who has gathered … to eulogize a flower.  A pure soul,” Rena Ariel eulogized her daughter.  “I was privileged to have given birth to you 13 and a half years ago.  You turned me into a mother.”  She looked upward, to add, “God, I am returning this deposit to you, but know that it is crowded up there.  I am begging that Hallel will be the last sacrifice.  Take care of her.  I returned her to you.  My job has ended.”

When Hagog tried stabbing one of the two guards, the guard shot her in response; the security forces then treated Hagog for her wounds but she later succumbed to the injury.  (TOI)

Sadly, Palestinian terrorism took yet another life on Friday. 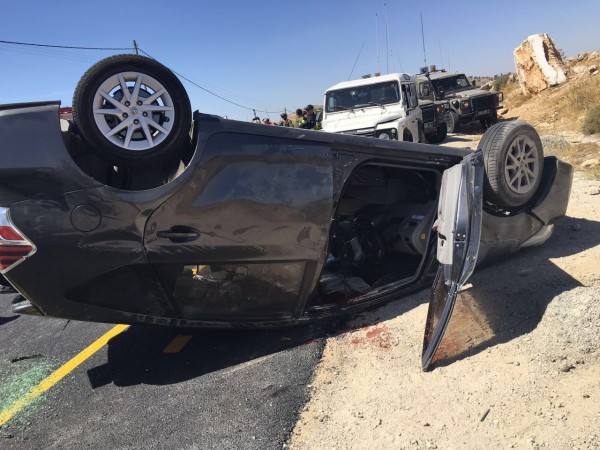 Rabbi Miki Mark, 48, was killed Friday when terrorists in a passing car opened fire on his car.  He was killed instantly, and the vehicle overturned with his wife and two of his 10 children inside.  Over 20 bullet holes were found in the car.  (TOI)

Moments after the shooting, a Palestinian couple called an ambulance and helped the survivors escape the vehicle.  They were able to calm 14-year-old Tehila as they pried off a door.  The woman, who is a doctor, was able to stanch the bleeding in her abdomen.

The girl told her rescuer, “God sent an Arab to help us.”

Mark lived in the settlement of Othniel where he directed an Orthodox yeshiva.

Israeli President Reuven Rivlin, who is a distant cousin of Mark, said in his eulogy at the seminary, “You were a righteous and modest man who gave of his own even when he knew it couldn’t be repaid.”

“Terrorism has accompanied us from our first days here, but it isn’t able to weaken us,” Rivlin said.  “We are not loosening our grip on the land.  Terrorism will never undermine our hold on the land and a Jewish life isn’t worthless.  We will continue to fight terrorism without fear.  The IDF [Israel Defense Forces] and security forces will cut down the terrorists who cut your life short.”

At the rabbi’s funeral at Har Hamenuhot cemetery in Jerusalem on Sunday, his son Natanel said, “Dad was a righteous man.  You were entirely righteous.  You gave so much…. Look at the family you raised, a great achievement.  How can I speak of you in past tense?”