“See, darkness covers the earth and thick darkness is over the peoples, but the Lord rises upon you and his glory appears over you.  Nations will come to your light, and kings to the brightness of your dawn.”  (Isaiah 60:2–3)

Hana Zeitun, a young Palestinian Arab child with a rare and painful foot defect, recently traveled with his father, Malki, to Jerusalem’s Shaare Zedek Medical Center for another opinion after receiving a recommendation that his foot be amputated.

The young Zeitun has suffered his entire life from arteriovenous malformation (AVM), a painful condition resulting from an abnormal connection between the arteries and the veins.

Two years ago, Zeitun’s condition worsened, forcing him to stay home and miss out on normal outside play with friends.

Zeitun’s father Malki told The Jerusalem Post that, “We family members used to take turns massaging his foot night and day to try to alleviate his pain.  This was the only thing that reduced his pain along with huge amounts of pain killers.” 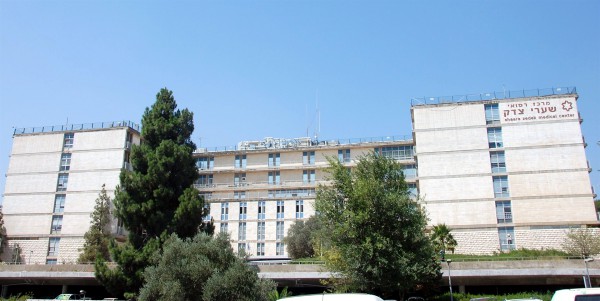 After the abnormal connection between Zeitun’s arteries caused three blood clots, numerous doctors told the boy that he would have to be amputated at the knee.

Dr. Ehud Lebel, who heads the pediatric orthopedics unit at Shaare Zedek and led the surgery on Zeitun alongside other specialists at the hospital, disagreed with the drastic prognosis.

“We held many conversations with him to prepare him emotionally for the possibility that he might lose his toes,” said Dr. Adam Farkash, who heads Shaare Zedek’s vascular defects unit.

“Only a small bit of the front of the leg had to be removed and his pain has almost abated.  Today, he is busy thinking of the new shoes he will get,” he added.

The Shaare Zedek doctors told Jerusalem Post that Zeitun is an “incredible child with great powers [strength] who understands every stage of his treatment.  He always asked to participate in decision making.”

Malki also told The Post, “now the leg has recovered from the surgery and the pain is much reduced.” 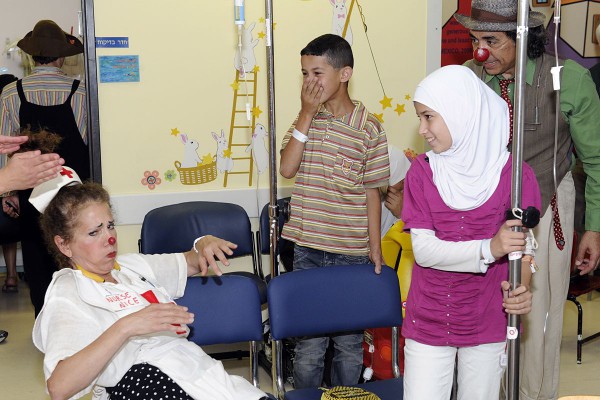 President Mahmoud Abbas’ younger brother, Abu Louai, who lives in Qatar, has cancer and has been treated in the private Assuta Medical Center in Ramat HaChayal, near Tel Aviv.

As well, Israel regularly offers free medical care to wounded Syrians, even though that country is officially at war with Israel.

At Hadassah Hospital on Mount Scopus in Jerusalem, Hebrew University Medical School professor and director of the Division of Pediatric Endocrinology David Zangen says that “our patient population consists of the inhabitants of Jerusalem, [in] which a third is Palestinians and two thirds are Jews.”

“There is no difference for the people: ‘he’s a black, he’s a white, he is Muslim, he’s a Christian, he is Jewish,’” Zangen notes in video interviews by StandWithUs.   “This is the everyday life of our lives; we love human beings, we love to help.  This is what we do.  I believe there are many such stories around the country.”

“How Hadassah functions reflects kind of what I see how the world should be functioning, with people working together and putting all their energy and all their knowledge just in order to help the humanity and medicine and science to progress,” said Hadassah pediatric endocrinologist Dr. Ulla Najwa Abdul Haq.