Although Israel and Syria are still officially at war, the trickle of wounded Syrians, both fighters and civilians, that recently started crossing the border into Israel seeking medical assistance during Syria’s current civil war has become a steady flow.

“Love your enemies,” said Dr. Masad Barhoum, Director General of the Nahariya-based Western Galilee Hospital, one of three Israeli hospitals taking in wounded Syrians.  “We have tragedy in Syria.  And hundreds of thousands of people—they have no homes; they are injured; they suffer from cold, from pain, and who takes care of them?”  (CBN)

Syrians enter Israel at tremendous risk to themselves and to family members; if the Syrian government discovers that they have come to Israel for help, there could be serious repercussions.

As the mother of a teenage girl shot in the back by a sniper put it, “There was one man, where I am from, who was treated in Israel.  The regime forces killed his three brothers.  They will kill my sons and my husband if they ever find out we were here.”

Her daughter was left paralyzed from the waist down when she stuck her head going out the door during a lull in fighting between rebel and government forces.

Given the choice of taking her to Jordan or Israel the mother said she chose Israel because she knows from watching Israeli channels on television that medical care is advanced here and it is also free.  In Jordan she would have to pay and she does not have the money.  (Yahoo) 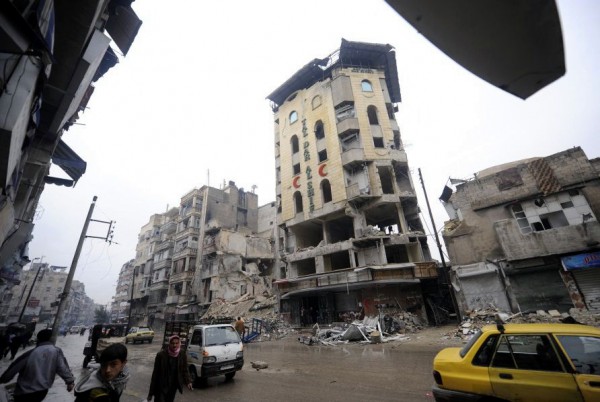 The Dar al-Shifa hospital was a field hospital run by volunteer doctors, nurses and aides united by their opposition to the regime and the need to give medical care to both civilians and rebels.

Already over 110,000 have been killed in Syria and over two million were forced to flee their homes and take refuge in Lebanon or Jordan.

As the war drags on in Syria, the number of available doctors continues to decrease.  The government does not hesitate to attack rebel-held hospital facilities, and doctors are routinely targeted.  This has brought medical care in Syria practically to the breaking point.

A report released by the UN Commission of Inquiry monitoring human rights in Syria states: “The denial of medical care as a weapon of war is a distinct and chilling reality of the war in Syria.”

Although the report centers on abuses by the government citing air attacks on hospitals and the use of medical facilities as centers for torture, including children, the rebels are not entirely exonerated, with mention made of a rebel attack on a government hospital in Homs in 2012, as one example.

The report lists 37 percent of Syria’s hospitals as being destroyed, while 20 percent of the remaining facilities have suffered damages.  (YNet) 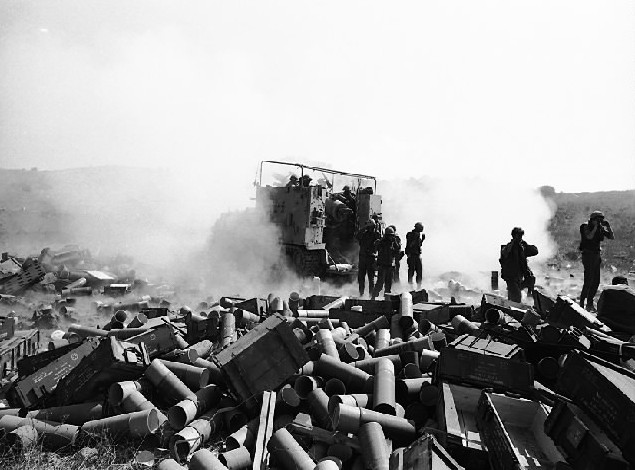 The Valley of Tears (above) is the name given to an area in the Golan Heights after it became the site of a major battle in the Yom Kippur War.  On October 6, 1973, the Syrians started an offensive with an artillery barrage and penetrated Israeli defenses with the help of night vision equipment.  Israel did not have this equipment.  On the 7th, the Syrians attacked again.  Less than 40 Israeli tanks faced approximately 500 Syrian tanks.  By day four, Israel’s 7th Brigade had about 12 tanks left and was almost out of ammunition.  During what seemed a hopeless defense on Israel’s part, the Syrians miraculously retreated for reasons that are still unknown.

Egypt and Syria launched a coordinated surprise attack on Israel in 1973 on Yom Kippur, the holiest day of the Jewish calendar when the Jewish People are fasting and praying, spending much of the day in the synagogue.

Israel was heavily outnumbered by a massive armored attack that could have potentially cut the country in two if it were not for the heroic efforts of a handful of defending tank crews that managed to hold back the invasion during a grueling three-day battle.

While it is true that Israel and Syria are enemy states, this has not deterred Israel from providing lifesaving assistance as health care crumbles in Syria.

Holding to the moral values that are central to the Jewish faith, Israeli doctors continue to help Syrian refugees, both inside Israel and secretly in Jordan, where they risk their own lives to uphold the core value of loving your neighbor as yourself, even if that neighbor is an enemy.

“He has shown you, O mortal, what is good.  And what does the LORD require of you?  To act justly and to love mercy and to walk humbly with your God.”  (Micah 6:8)