“I will gather all nations and bring them down to the Valley of Jehoshaphat.  There I will put them on trial for what they did to my inheritance, my people Israel, because they scattered my people among the nations and divided up my land.”  (Joel 3:2) 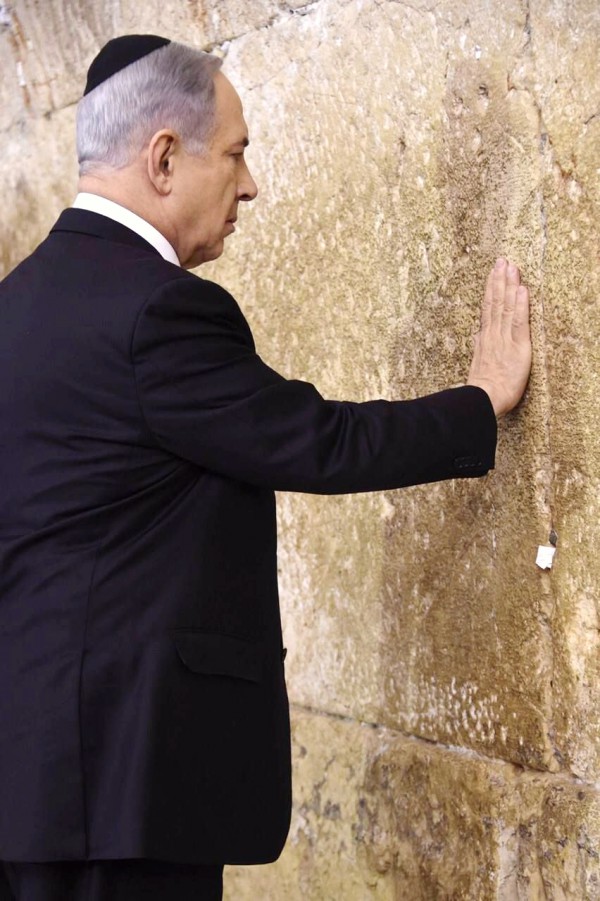 Israeli Prime Minister Benjamin Netanyahu prays at the Western Wall after being re-elected.

Comments made by Prime Minister Benjamin Netanyahu during his election campaign this March have drawn criticism from internationals insisting on a two-state solution—a Palestinian state alongside Jewish state.

Netanyahu, whose party won the most seats in Israel’s March 17 elections, has been accused of backtracking on support for a “two-state” approach to peace between Israel and the Palestinian Authority after revealing his misgivings that it is not possible to form a Palestinian state today.

“I think that anyone who goes about establishing a Palestinian state today and vacating territory is giving attack territory to extremist Islam, to be used against the state of Israel. … Whoever ignores this is putting his head in the sand,” Netanyahu said during his campaign.

Since Netanyahu’s June 14, 2009, Bar-Ilan speech, when he announced his vision of peace as “two free peoples living side by side,” Netanyahu had supported a two-state solution in talks with PA negotiators and internationals.

In an interview with MSNBC on Thursday, Netanyahu said, “I never retracted my speech at Bar-Ilan University six years ago calling for a demilitarized Palestinian state that recognizes a Jewish state.”

“What has changed is the reality,” he explained.  “[Palestinian Authority President Mahmoud Abbas] the Palestinian leader refuses to recognize the Jewish state and has made a pact with Hamas that calls for the destruction of the Jewish state, and every territory that is vacated today in the Middle East is taken up by Islamist forces.  We want that to change so that we can realize a vision of real, sustained peace.  I don’t want a one-state solution.  I want a sustainable, peaceful two-state solution, but for that, circumstances have to change.”  (Times of Israel) 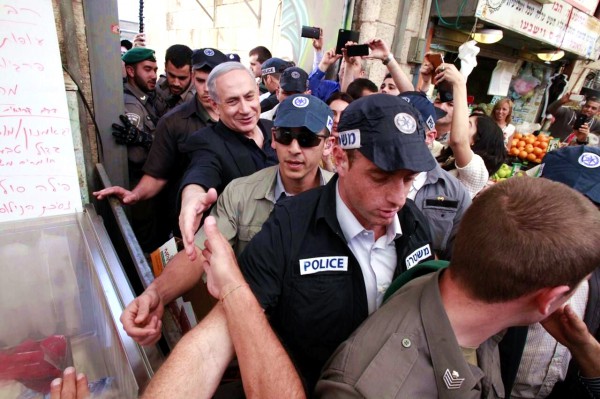 Israeli Prime Minister Benjamin Netanyahu reaches out to shake someone’s hand while on the campaign trail in Israel.

Despite this explanation, tensions remain high between President Barack Obama and PM Netanyahu.

Obama rejected Netanyahu’s statement, saying on Saturday, “We take him at his word when he said that it [a Palestinian state] wouldn’t happen during his prime ministership, and so that’s why we’ve got to evaluate what other options are available to make sure that we don’t see a chaotic situation in the region.”  (Voanews)

“Our preference is for a two-state solution negotiated between the parties.  His comments three days ago brought into question his commitment to that,” State Department Spokeswoman Jen Psaki stated.

Netanyahu’s doubts also brought on icy condemnation from White House Chief of Staff Denis McDonough, who said Israel has conducted “an occupation that has lasted more than 50 years.”

Yesterday, Obama said that his differences with Netanyahu go beyond personality.

“I have a very businesslike relationship with the prime minister.  I’ve met with him more than any other world leader.  I talk to him all the time,” Obama said.  “So this can’t be reduced to somehow a matter of let’s all hold hands and sing ‘Kumbaya.'” 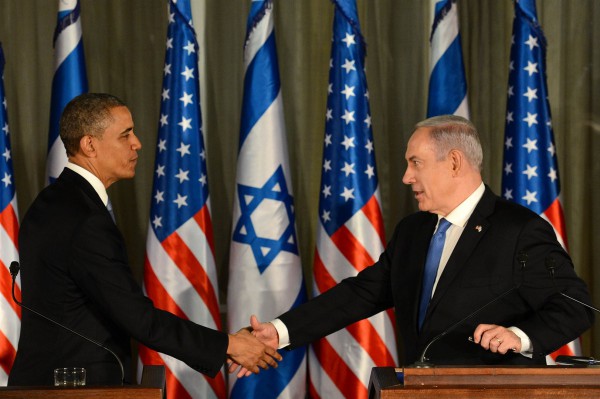 With the threat of Islamic terrorism hanging over the Middle East, Mortimer B. Zuckerman for US News & World Report reads Netanyahu’s comments as doubt that a Palestinian state established this very day would work, because “today the leader of the Palestinians, Mahmoud Abbas, ‘lacks legitimacy in the eyes of his people.'”

“The key word is ‘today,'” Zuckerman writes.  “Today is when the Islamic State group, also known as ISIS, has taken territory in neighboring Syria.  Today is when Iran, whose regime swears to destroy Israel, has surrounded the Jewish state with allies in Gaza and Lebanon, not to mention revolutionary guards on the Golan Heights.

“Today is when Iraq is allying with Iran, which holds its sway over Syria, Lebanon and Yemen.  Today is when President Obama is nearing an Iranian nuclear deal that could put Israel at fundamental risk of destruction, much to the advantage of its regional Islamist enemies.”

Without a legitimate leader administrating the people of the PA, and with a partner that refuses peace and celebrates campaigns—both terrorist and political—against Israel, Netanyahu was not refuting his two-state stance, he was making an observation of today’s climate where it would be impossible to set up a viable Palestinian state. 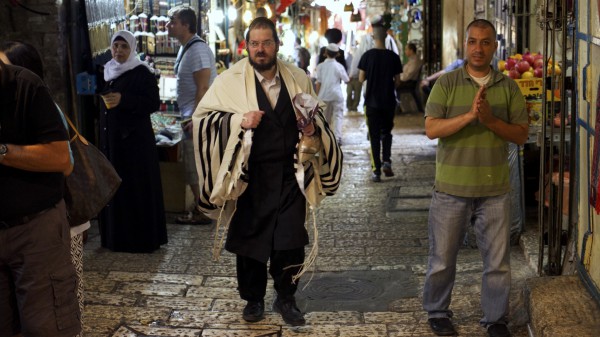 The multicultural streets of Jerusalem

While Netanyahu did not backtrack on his support of two nations in the Holy Land, which much of the world supports despite the Lord’s stated disapproval of “dividing up His land,” the prime minister did apologize for campaign comments that he said hurt Israel’s Arab minority.

“I know the things I said several days ago offended some of Israel’s citizens, hurt the Arab citizens,” Netanyahu said to a group of Arab representatives on Monday at the Prime Minister’s Official Residence in Jerusalem.  “This was never my intent.  I apologize for this.”

Some Arabs in attendance applauded and stood as Netanyahu spoke with fervor against a March 17 comment recorded on video where he had told Likud supporters, “The Right-wing government is in danger.  Arab voters are going en masse to the polls.  Left-wing NGOs are bringing them on buses.”

The election-day comment provoked a backlash of criticism and accusations of racism against Netanyahu, who had said international groups, such as the NGOs, should not try to interfere with Israel’s elections.  (JPost)

“Funding from foreign governments to get more Israeli Arabs to vote worked,” Netanyahu had said, but emphasized to his visitors on Monday that he saw himself as prime minister to every Israeli, “without any difference in religion, race, or sex.”

“I see in every Israeli citizen a partner in the building of a flourishing and safe state of Israel for all”, Netanyahu said, with his apology speech drawing appreciative hugs and kisses from some in the crowd.

“This is what the Lord says: ‘As for all my wicked neighbors who seize the inheritance I gave my people Israel, I will uproot them from their lands and I will uproot the people of Judah from among them.  But after I uproot them, I will again have compassion and will bring each of them back to their own inheritance and their own country.”  (Jeremiah 12:14–15)