“For you are not a God who is pleased with wickedness; with you, evil people are not welcome.  The arrogant cannot stand in your presence.  You hate all who do wrong; … But let all who take refuge in you be glad; let them ever sing for joy.”  (Psalm 5:4–5, 11)

Pope Francis declared Wednesday at St. Peter’s Square in Rome that direct attacks on Jews and on the State of Israel are anti-Semitism.

His remarks came marking the fiftieth anniversary of the Nostra Aetate, a landmark Catholic document put into effect October 28, 1965 that states Jews are “not guilty” of killing Jesus.

“To attack Jews is anti-Semitism, but an outright attack on the State of Israel is also anti-Semitism,” the Pope told a private audience with a nearly 150-member delegation from the World Jewish Congress (WJC).  “There may be political disagreements between governments and on political issues, but the State of Israel has every right to exist in safety and prosperity.”  (Breitbart)

“We owe special gratitude to God for the dramatic transformation that has taken place over the last 50 years in the relationship between Christians and Jews,” the Pope said in his address.  “Indifference and opposition have turned into cooperation and goodwill.  From enemies and strangers, we have become friends and brothers.”

“The [Second Vatican] Council, with the declaration Nostra Aetate, paved the way.  It said yes to the rediscovery of the Jewish roots of Christianity, and no to any form of anti-Semitism and condemnation of any insult, discrimination and persecution derived from that,” the Pope told the WJC. 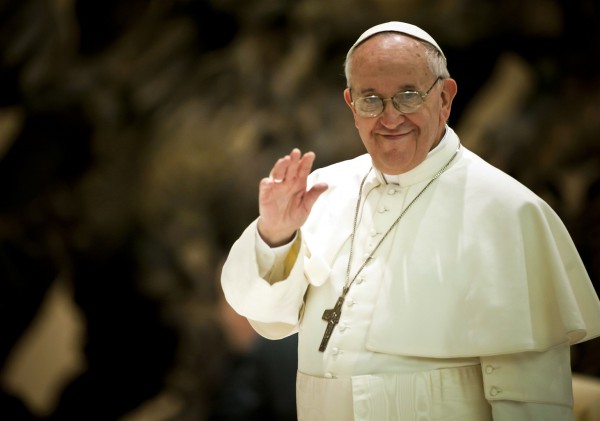 Pointing out that a “relation with Judaism is intrinsic to the very nature of the Church,” Rabbi David Rosen, Director of the American Jewish Committee’s Department of Interreligious Affairs said that the Nostra Aetate gave everyone reason for hope.

During the Holocaust, Jewish refugees fled from their homes from among hostile, anti-Semitic neighbors; and the Catholic Church had to undergo “reckoning of the soul” because the Holocaust “could only take place because of 2,000 years of demonization of the Jews,” he said.  (Times of Israel)

“It was perpetuated ostensibly in Christian lands by ostensibly baptized Christians.  This was therefore an enormous call to the Church to look into itself,” Rosen said.

He emphasized that this repair of relations between Jews and Catholics reveals that “there is no relationship, no matter how bad and how poisoned, that cannot be transformed into a blessed one.”

“Pope Francis does not simply make declarations; he inspires people with his warmth and his compassion.  His clear and unequivocal support for the Jewish people is critical to us,” Lauder said.  (Catholic Herald) 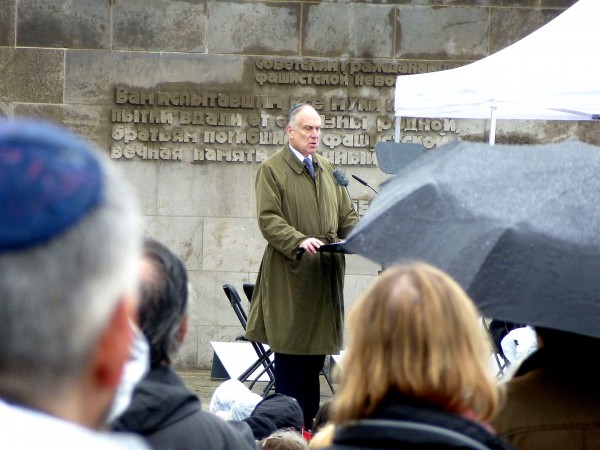 The Vatican II composed Nostra Aetate to define the relationship between the Catholic Church and “non-Christian religions,” including Judaism and Islam.

While maintaining a replacement-theology tenet that “the Church is the new people of God,” the 50-year-old document “decries hatred, persecutions, displays of anti-Semitism, directed against Jews at any time and by anyone.”

Not everyone takes the Pope’s statements at face value.

According to Tablet senior writer Yair Rosenberg, “Francis’s statement is noteworthy because the pontiff is far from an unconditional backer of Israel.”

Rosenberg points to “symbolic gestures” taken by the Vatican toward the Palestinian Authority.  These include the Church’s backing of a State of Palestine, preempting the negotiating table, and the Pope praying at Israel’s security fence along the Green Line, which has blocked the entrance of suicide bombers from Judea-Samaria since its construction began in July 2003.  (JVL)

The fence was called a “separation barrier” by opponents, and the Pope’s choice to pray at the site was a pointed statement on behalf of “thereby-oppressed Palestinians” against Israel.

In the early 2000s, Defense Minister Benjamin Ben-Eliezer underlined that “the fence is not political, [and it] is not a border.”

That security fence actively blocks attacks on Israel’s citizens.  Since the fence’s construction began, the number of suicide attacks “declined by more than 90 percent,” after 73 attacks between September 2000 and July 2003, conducted by terrorists from Samaria.

In clear language, “Francis drew a bright red line between critiquing Israeli policies and critiquing Israel’s existence.  The former, he said, is legitimate and sometimes necessary; the latter is bigotry,” Rosenburg wrote on Wednesday.