“This is what the Lord says: ‘Sing with joy for Jacob; shout for the foremost of the nations.  Make your praises heard, and say, “Lord, save your people, the remnant of Israel.”  See, I will bring them from the land of the north and gather them from the ends of the earth.’”  (Jeremiah 31:7–8)

God continues to draw His people back to the Holy Land.  Aliyah (immigration) to Israel hit a 10-year high in 2015 with more than 30,000 new immigrants.

Israel’s Jewish Agency and the Ministry of Immigrant Absorption published statistics at the end of December that show the majority of immigrants came from three countries: 7,900 French nationals; 7,000 Ukrainians and 6,600 Russians.  In 2015, immigration was up 10% overall from the previous year.

Half of last year’s immigrants were under the age of 30 and for those 19 and under there was an increase of 20%.  (Ynet) 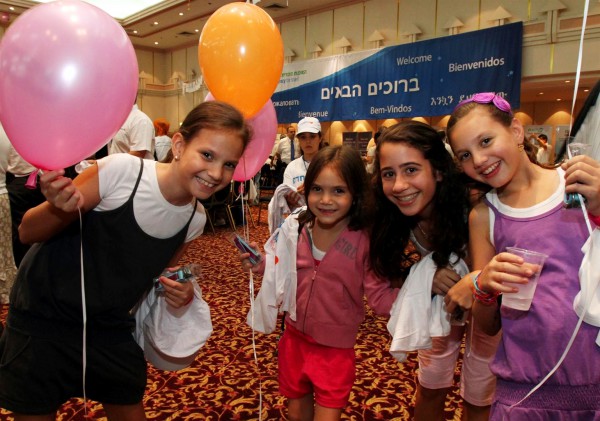 French immigrants pose for a photo at a Jewish Agency run immigrant fair in Jerusalem.  (Jewish Agency for Israel photo by Brian Hendler)

Some have come because of rising anti-Semitism and hardship due to war, but not all.

“The reality is more complex than the narrative according to which French Jews are leaving in record numbers because they’re feeling threatened by their Muslim neighbors,” said France director of the Jewish Agency for Israel Daniel Benhaim.  (Times of Israel)

Benhaim said Zionism and alienation from an increasingly secularist society are among the reasons behind Jewish emigration.

“In many cases, anti-Semitism is not a primary catalyst for moving but a sort of a background presence,” Benhaim said.  “Mostly they [immigrants to Israel] live where anti-Semitic attacks are relatively rare.”

The Abecassis family from Marseille, France immigrated as part of the aliyah program of the Jerusalem-based International Fellowship of Christians and Jews.  They told Cnaan Liphshiz of the Times of Israel that their December 2015 aliyah was neither to flee the country nor based on a financial motive.

“Our lives here have been good and we love France for it,” Abecassis said.  “We’re leaving with sorrow, but we want to live in a Jewish country of our own, where we are not outsiders who need to be tolerated.”

An Orthodox man who made aliyah along with the Abecassis family also spoke of relational alienation:  “I see how the guys at work look at me, with my beard and kippah.  They’re not going to invite me to the pub after work.  I am living in a bubble because I’m religious, and Israel’s the only place where I can step out of the bubble.”

“Those who leave can afford to let go of the French welfare system,” Benhaim added. 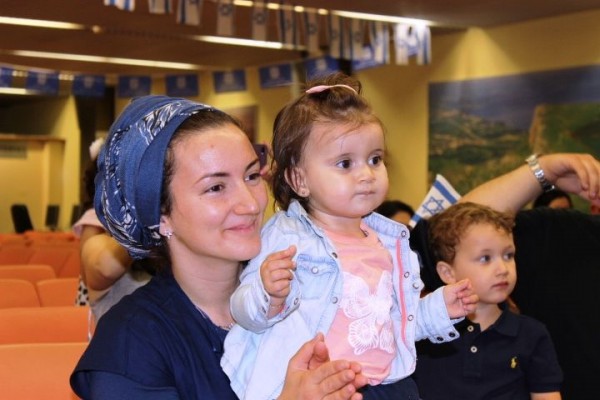 A French olah (immigrant) holds her infant after arriving in Israel this June.  (Jewish Agency photo)

Meanwhile, as immigration increases so does Israel’s need for adequate absorption, as well as sufficient housing, which is currently inadequate for the existing need in Israel.

On December 27, 2015, Finance Minister Moshe Kahlon, Minister of Construction and Housing Yoav Galant and Chairman of the Executive of The Jewish Agency for Israel Natan Sharansky signed an agreement with Amigour, a Jewish Agency subsidiary and non-profit housing company to build 2,650 public housing units for elderly Israelis with minimal or no financial means.

The NIS 1 billion initiative is earmarked for “those who qualify for public housing according to the criteria set by the Minister of Construction and Housing and the Ministry of Aliyah and Immigrant Absorption,” writes the Jewish Federation of San Diego County.

“For years we have become accustomed to a situation in which too many people have to go without, but this is not a divine sentence.  We are concentrating great efforts in public housing,” said Galant who added that “solutions exist” and public housing depends on “societal outlook.”

“One of our moral yardsticks as a country is our sense of responsibility for the weak, and particularly the elderly — those who carried the burden in the past and who must be honored and cared for today,” Galant said. 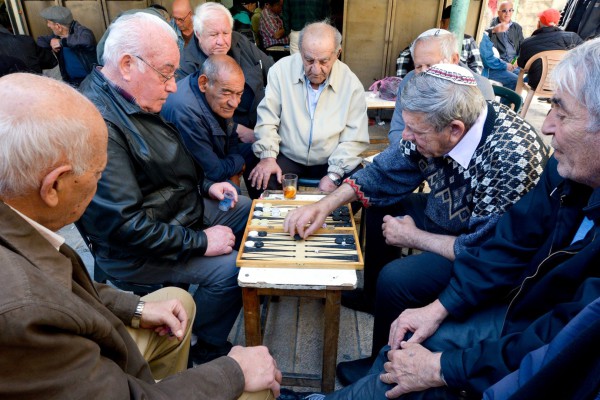 Elderly men play backgammon in Mahane Yehuda Market in Jerusalem, Israel.  Backgammon is among the oldest known board games, and many variants are played throughout the world.

Also at the end of last year, the Knesset (Israeli Cabinet) approved the building of five new towns in the southern Negev desert.

Galant said doing so “is necessary for strengthening [Israel’s] hold on lightly populated territories that have national significance in the Negev.”

According to the Ayalim Association, which sets up cheap student villages by repurposing shipping containers into apartments, Israel’s master plan for the country is to fill the Negev Desert with 15% of the country’s population by 2035.  Currently, the region only houses 8%.

Over the next 20 years, the plan seeks to construct 11 new cities in the Negev.

Israel has a “responsibility to bring about a settling of the Negev [which holds about 60% of Israel’s land and 640,000 of its residents] to increase possibilities for employment and tourism there, and to turn it into a desired and flourishing area, in accordance with the Zionist vision,” Galant added. 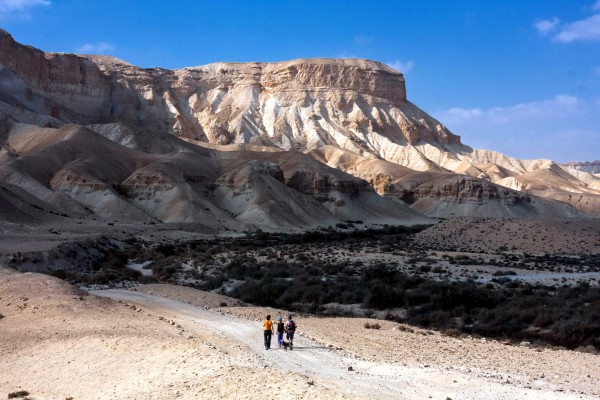 Israel plans to construct 11 new cities in the Negev over the next 20 years.

The five new towns will be communal villages to be named Shelach, Neve Gurion, Eshel Hanasi, Vadia and Daniel — the last, named after 4-year-old Daniel Tragerman who was killed by a mortar from Gaza in 2014.

In September, the Housing and Construction Ministry also published plans for a city at Heletz near the southern town of Sderot.  A second is planned near the Beit Guvrin-Maresha national park, the land of a thousand caves in the Judean lowlands which is a UNESCO World Heritage site.  Both towns will offer 25,000 housing units each.

“Fields will be bought for silver, and deeds will be signed, sealed and witnessed in the territory of Benjamin, in the villages around Jerusalem, in the towns of Judah and in the towns of the hill country, of the western foothills and of the Negev, because I will restore their fortunes, declares the Lord.”  (Jeremiah 32:44)