“He shot His arrows and scattered the enemy, with great bolts of lightning He routed them.”  (Psalm 18:14)

After four rockets were launched into Israel from the Syrian Golan Heights by Iran’s proxies on Thursday, the Israeli Air Force struck five or six military targets in Syria as a warning on Friday. 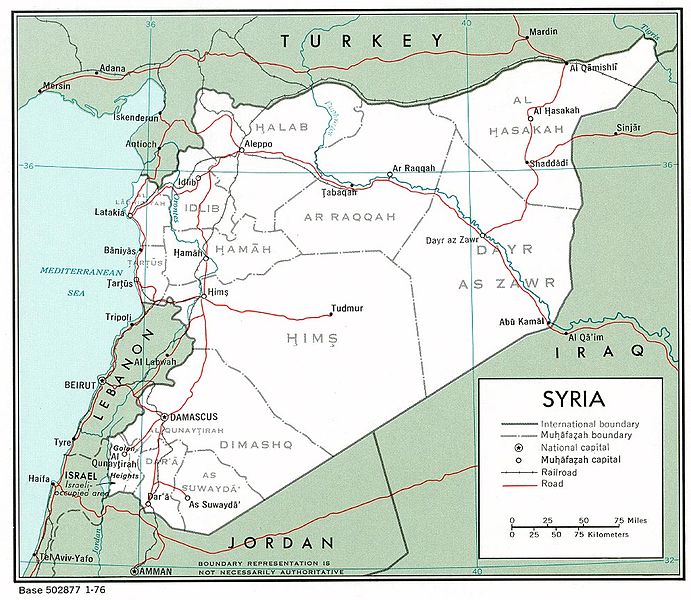 Israel’s border with Lebanon and Syria

According to Israeli Military Intelligence, the Iranian Revolutionary Guard issued Thursday’s rocket attack which was carried out by the Palestinian Authority terror group Islamic Jihad.

An Israeli statement described the attack as “another clear and blatant demonstration of Iran’s continued and unabating support and involvement in terrorist attacks against Israel and in the region.”

“The Iranian regime, through Quds Force, its commander Qassem Suleimani and its emissaries in Syria and Lebanon, is seeking to open a terrorist front against Israel from the Golan Heights,” said Israeli Defense Minister Moshe Ya’alon.  (Haaretz)

Israeli Prime Minister Benjamin Netanyahu added in a statement that “the countries that are rushing to embrace Iran should know that it was an Iranian commander who directed and supported the cell that fired at Israel.”

On Tuesday, Netanyahu had visited Israel’s border with Lebanon, noting a threat made by Khamenei against Israel on Monday.

“The ruler of Iran, Khamenei, said yesterday, and I quote, ‘We will take all measures to support all those who fight against Israel.’  Iranian Foreign Minister Zarif said in Beirut a few days ago, at a meeting with the head of Hezbollah, Hassan Nasrallah, and I quote, ‘The nuclear agreement has created an historic opportunity to stand against the Zionist entity.’  What we have said all along is being seen as correct and accurate.  The money that will flow to Iran in the wake of the nuclear agreement will serve it to strengthen the terrorist organizations operating against us, in its name and under its auspices, in the avowed goal to destroy Israel,” Netanyahu said. 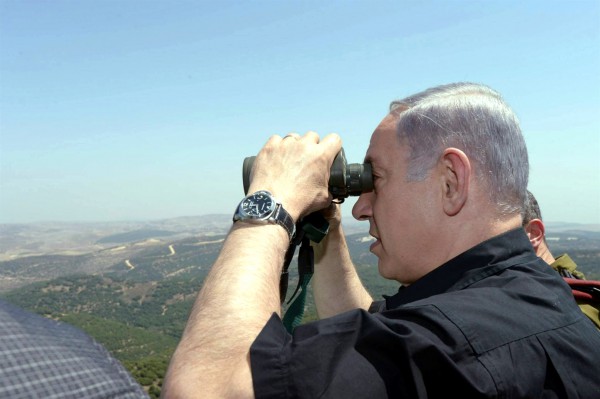 After Khamenei once again threatened Israel’s existence Monday, Prime Minister Benjamin Netanyahu visited the IDF Northern Command, and toured in the area.  In the above photo, he views Israel’s border with Lebanon.  (GPO photo by Amos Ben Gershom)

An unnamed Israeli Defense Forces (IDF) senior official said that Saeed Izadi, the head of the Palestinian department of the Iranian Quds Force, was responsible for the rocket attack.  He also accused Izadi of smuggling weapons from Syria into Lebanon. (Ynet)

The Israeli military found that the Syrian rocket fire originated from Quneitra, an area under Syrian President Bashar Assad, who allows the Hezbollah factions Samir Kuntar and Mustafa Mughniyeh to operate freely.

Thursday’s rockets hit the Israeli Golan Heights and the Upper Galilee without casualty, but set a fire near an Israeli town.

“We trust the Israel Defense Forces and the government to respond forcefully to destroy targets from which rockets were fired at Israel, and to prevent the development of a terror infrastructure,” said Golan Regional Council head Eli Malka to Channel 2.  Malka said Golan residents had already begun to prepare for attacks because of the worsening state of Syria.

The senior IDF official said the Israeli military response to the attack was “widespread … both in its scope and in its targets,” in order to warn belligerent groups.

The Israeli retaliation included an arsenal of tanks, artillery and air force that spread several kilometers into Syria.

“Our attacks are much more severe this time around, in order to send a message and underscore the severity of this incident,” the senior official told Israeli media. The Israeli strike was the largest of its kind since the Yom Kippur War of 1973, with “no fewer than 14 targets” struck, Times of Israel reporter Avi Issacharoff writes. 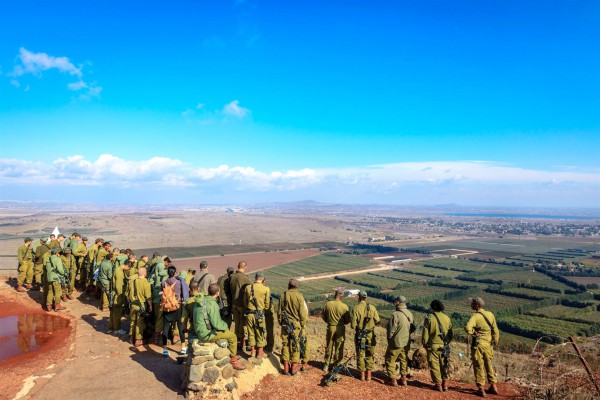 Israeli paratroopers study their positions along the Israeli-Syria border from Mount Bental, Israel.

According to international-media outlet Reuters, an IDF official claimed at least five or six Palestinian Islamic Jihad terrorists who launched Thursday’s rockets were killed in the Israeli strike.

However, Israeli newspaper Haaretz drew from Syrian news agency SANA’s report that one was killed and seven were wounded in the Israeli strike.

Syrian reports of the incident also have provided conflicting information.

According to some Syrian outlets, the casualties were Syrian civilians.  According to the Syrian Observatory for Human Rights, they were an unknown number of Syrian Army soldiers.  And a later report by Syrian state television said there were no casualties from Israel’s attacks—just infrastructure damage.  (Ynet; TOI)

Issacharoff states that the Revolutionary Guard, known formally as the Army of the Guardians of the Islamic Revolution, chooses from different jihadist groups to conduct attacks against Israel according to changing conditions.  Issacharoff said that the Islamic Jihad, which operates in Gaza, and the Samir Kuntar organizations are among the Iranian-led players.

Israeli intelligence officials have connected Thursday’s rocket attacks to another rocket launched from Quneitra last week into agricultural fields near the kibbutz Ein Zivan in the northern Golan Heights.  (Ynet)