In their bid to establish a worldwide Islamic caliphate, the Islamic State group, also known as ISIS, has run thousands of Christians out of their homes in Iraq and Syria since last summer—telling them to “convert or die.”

The United Nations estimates that 1 million Iraqis have been displaced from their homes due to ISIS’ terrorism.  (NYT)

Last year, reports emerged of Syrian children who refused to deny Yeshua and were cut down by militants as a result, some in front of the children’s parents.

Persecution-watchdog group Open Doors named Nigeria as the country in which the most Christians were killed for their faith in 2014, while ranking North Korea, Somalia, Iraq and Syria at the top of the list for most severe persecution against Christians last year.

In its 2015 World Watch List, Open Doors also stated that the Islamic State, Boko Haram and other Muslim militant groups are the greatest threat to Christian lives in 18 of the 20 most dangerous countries to people with faith in Yeshua. 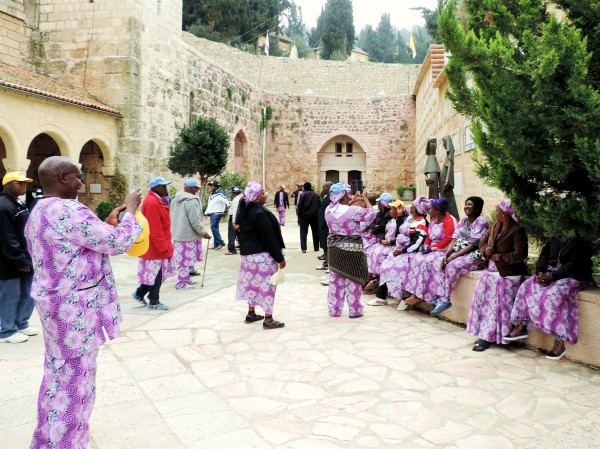 Nigerian Christians on a pilgrimage to the Church of the Visitation in Jerusalem.

While Islamic terrorists have attacked and killed Christians and Jews—as recently as the Friday attack of a Parisian Hyper Cacher supermarket—”Dry Bones” cartoonist Yaakov Kirschen said he cannot understand the silence in the West about the plight of Christians in the Middle East. 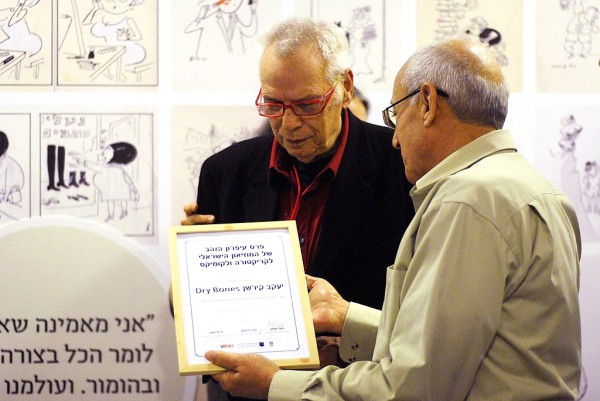 Yaakov Kirschen (left), the creator of the long-running Dry Bones comic strip, receives the “Golden Pencil Award ” from the Israeli Museum of Caricature and Comics (2012).

Kirschen and his wife, Sally, along with a Dry Bones intern, recently launched an Indiegogo campaign to raise financial support as well as build a community of potential advocates “to fight against the willful rewriting of history and the unbelievable bullying of us and our kids and our culture.”

Kirschen listed persecution of Middle East Christians, isolation of Jewish and Christian students on college campuses, and Islamic bullying of “anyone who relates to the world the way we used to relate to it” as disturbing trends.

“Being upset I decided I needed to do something about it, and what we decided to do about it was set up a Dry Bones membership drive,” Kirschen says in his Indiegogo video.  “Up till now we have been a totally mom-and-pop organization, and now we want you all to come in and to join our family.”

Kirschen’s cartoons, published regularly in the Jerusalem Post, have also appeared in The New York Times and the Wall Street Journal.  One of his Christmas-themed cartoons this past December issued a poignant message:  “A Christmas wish for Christian communities across the Middle East: May the world hear your cries for help.”