“Show me the wonders of your great love, you who save by your right hand those who take refuge in you from their foes.”  (Psalm 17:7)

In honor of the Israelis that have been extending help to the Syrian people harmed during their nation’s civil war or displaced from their war-torn country, Sunni Muslim Aboud Dandachi has launched a Facebook page and website called “Thank You Am Israel.” 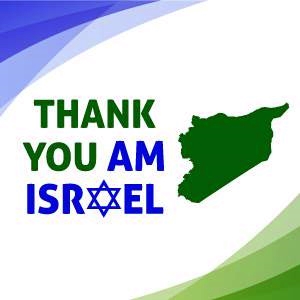 The logo for the Thank You Am Israel (People of Israel) Facebook page.

Dandachi, a displaced Syrian national now residing in Turkey, says that he launched his website “in appreciation of the assistance given to Syrian refugees by Israeli and Jewish organizations and individuals.”

“Every humanitarian catastrophe is also an opportunity for individuals to display the best of humanity, and as a Syrian refugee myself I can truly attest to the fact that this generation of Jews have done their people proud,” Dandachi wrote on a January 25th blog post.

“The day will come when the conflict in Syria will come to an end, as all things come to an end.  On that day, it is imperative that Syrians reciprocate the enormous goodwill shown towards us by Israelis and the Jewish people.” (Emphasis provided by Dandachi)

“While thousands of Syrians languish on the borders of neighboring countries, Israeli medical teams and hospitals have been tireless and unstinting in treating Syrians in need,” Dandachi writes, adding, “As a Syrian, I am morally obligated to ensure that the goodwill that Israelis and Jews have displayed towards my people will not be overlooked nor forgotten.”

“I remember my own astonishment when the first news reports began to circulate of the assistance being provided to wounded Syrians by the IDF’s [Israel Defense Forces] medical teams on the Golan,” Dandachi says.  “As the years have gone by, my amazement has not lessened with every act of charity and compassion by the Jewish people to my own:  Israeli high schools providing collections of winter clothes.  IsraAID volunteers on the ground and beaches in Greece and the Balkans,” he writes.

“I will never forget the phone conversations I had with elderly Syrians being treated at a northern Israeli hospital, of the stories I heard of the world-class limb replacement and cancer treatment that Israeli medical staff were providing.”

“A people [am in Hebrew], who I had been told all my life I was at war with, were proving themselves more humane and more compassionate than the Arab countries I, as a Syrian, was no longer welcome in,” Dandachi writes. 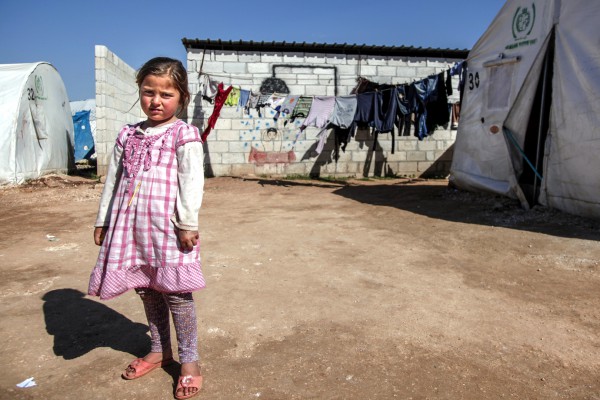 A Syrian girl at the Atma Refugee Camp in Turkey, which hosts over 10,000 refugees.  (Photo by IHH Humanitarian Relief Foundation)

Non-profit Israeli group IsraAID has identified Syria’s civil war as “one of the world’s largest humanitarian crises” since it began in 2011, “with over 4 million displaced within Syria and more than 2 million refugees fleeing the violence into neighboring countries.”  Half this number have registered as refugees, according to the NGO.

IsraAID reports having helped more than 7,000 Syrian refugees in Jordan, providing them with more than 10 tons of humanitarian aid that include hygiene kits, emergency supplies, baby slings, and basic medical and psychosocial support.

“We are also conducting needs assessments on the need for trauma assistance, and the support of child friendly spaces / women shelters,” the group’s project summary in Jordan states.

In September 2015, IsraAID also began deploying workers to assist in the arrival of exhausted “boat people” — refugees that have piled into small boats, such as rubber dinghies, to escape the Middle East via the Mediterranean Sea.   IsraAID volunteers even rescue refugees when their boats overturn.

Seeking asylum in Europe, these boatloads of people have arrived at the shores of the island of Lesbos, Greece.  Once home to 85,000 Greeks, the island has filtered into Europe more than half a million refugees.

Hadassah Magazine last week called the island “a setting for ironic twists of fate — like the one in which a 2-year-old from Syria is welcomed to European soil by a man from Israel.”  In Lesbos, more than 60 Israelis, both Jewish and Arab, have volunteered on the island with IsraAID to assist arriving refugees.

“IsraAID [has] subsequently expanded its work to locations where refugees were being re-routed, on the Croatia side of the Serbian border, in several transit points, train and bus stations as well as in ad hoc camps that sprung up,” reported Abigail Klein Leichman for Israel21c.  “At its peak, IsraAID was among the first agencies providing relief to over 11,000 refugees crossing from Serbia into Croatia in under 24 hours.“