Despite an official government policy of non-intervention in Syria’s civil war, wounded Syrians are being discretely brought into Israel across the Golan border and are being treated at Israeli hospitals.

About 100 cases have been allowed in since February 2013, and the wounded include combatants and civilians, many of which are children.

Scores of Syrians are being treated in the coastal town of Nahariya north of Haifa where three Syrian girls, ages three, 12, and 13, are receiving ongoing treatment.  (NYT) 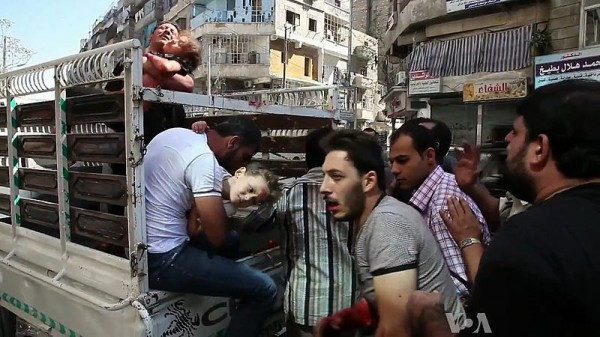 Wounded children in Aleppo, Syria: over 100,000 Syrians have been killed in the Syrian civil war.  Syrian hospitals have deteriorated to the point that they can no longer provide advanced emergency treatment.  (Independent)

While Israel has made it clear that it will not open its borders to an influx of refugees, as have Turkey and Jordan, authorities have sanctioned these humanitarian efforts in a show of neighborliness despite decades of hostility.  Syria and Israel are, in fact, enemy states. 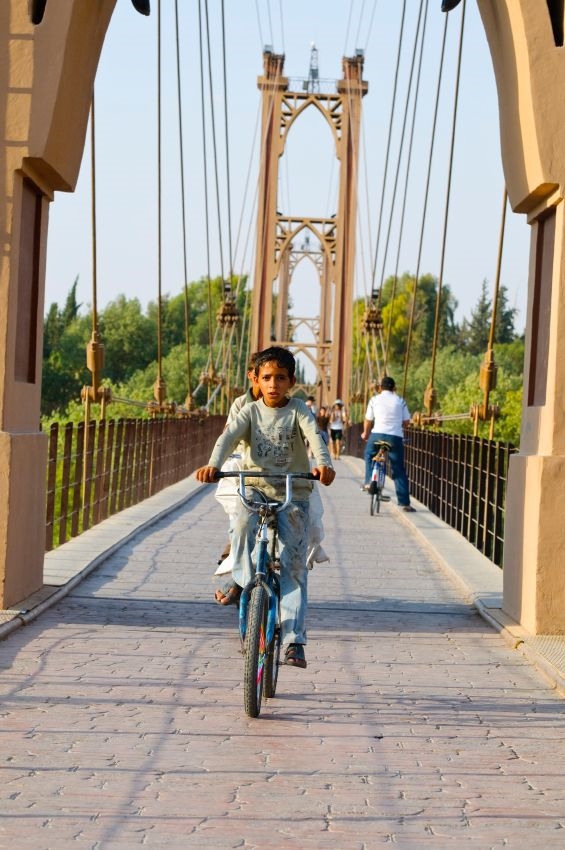 Syrian children ride over the Euphrates River on the Deir ez-Zor suspension bridge, which was destroyed in May this year.

“Most come here unconscious with head injuries.  They wake up after a few days or whenever and hear a strange language and see strange people.  If they can talk, the first question is, ‘Where am I?’” said Nahariya’s Western Galilee Hospital Director General Dr. Masad Barhoum, himself a Christian Arab.

Some are treated in a field hospital while others require more specialized care.  Those who recover are returned to Syria.  Of necessity, the identities of the patients are protected.

“If it gets out that you were in Israel that’s the end for you,” said one patient.

Several of the patients have accused the Assad regime of horrific brutality.