“You shall give to him freely, and your heart shall not be grudging when you give to him, because for this the Lord your God will bless you in all your work and in all that you undertake.”  (Deuteronomy 15:10)

Whether they are from friendly or enemy states, Israeli medics continue to reach out to help people with medical aid, including complicated heart surgery.

Christian Iraqi toddler 18-month-old Maryam Mansour is in stable condition in Jerusalem following a complex eight-hour operation that included moving main arteries and creating a path through her heart to bring it to the level of normal functioning.

The toddler, whose parents had fled the Islamic State, was brought from northern Iraq by Shevet Achim, an organization that brings children born with cardiac problems throughout the Middle East for treatment in Israel. 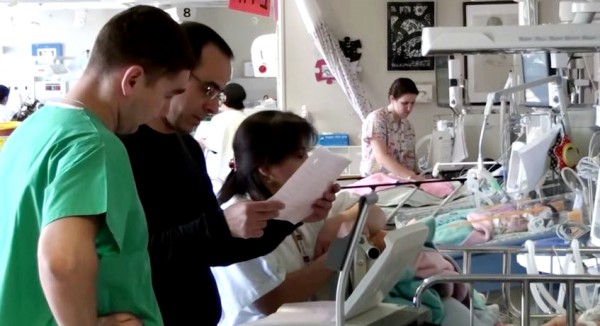 She received treatment at the Pediatric Cardiology Department of Hadassah’s Ein Kerem Hospital, in Jerusalem, under the direction of Professor Eldad Erez, head of the hospital’s Congenital Heart Surgery Department.

According to the head of the Department of Pediatric Cardiology, Maryam’s problem was complicated and “included the heart being located on the right side [of the body], a large hole between the ventricles, and other issues.”  (Israel Hayom)

“Along the way, we even disconnected and reconnected a valve, and changed the location of the main arteries leading from the heart.  All this while the heart was on the opposite side of the chest,” Erez stated.

Following the operation, the child’s mother said, “I’m a little stressed because my daughter is hooked up to all sorts of machines, but the doctors told me she’s all right.”  (Algemeiner) 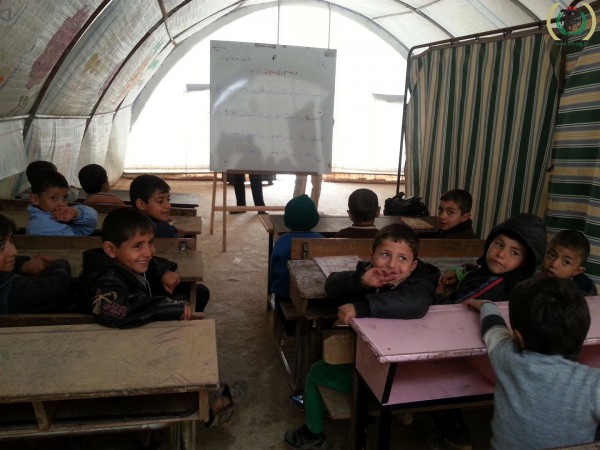 Children go to school in a refugee camp in Aleppo, Syria.  (IHH photo)

The boy lost his leg in an explosion while tending the family’s sheep.  His other leg was also damaged in the blast and much of his body was burned.

He was treated at Baruch Padeh Medical Center near Tiberias.

Because he is in Israel alone—his family is still in Syria—six medical students have adopted him, acting as his family during his stay in the hospital.

As such, the students visit him regularly and have collected three thousand shekels of their own money to purchase headphones, as well as a digital tablet, allowing him to play games, listen to the radio and watch Arabic-language movies.  (BIN)

One of the six Israeli medics expressed the general feelings of the group, saying that the boy’s courage was touching, “The way he fought for his life, the way he is dealing with the situation—going into surgeries and everything all by himself, no mom or dad.”  (Israel Hayom)

The boy has expressed his appreciation for the way he is being treated, saying that he is grateful for his new family of medical students.  (Algemeiner)