“Jonathan said to David, ‘Go in peace, for we have sworn friendship with each other in the name of the Lord, saying, “The Lord is witness between you and me, and between your descendants and my descendants forever.”’  Then David left, and Jonathan went back to the town.”  (1 Samuel 20:42)

Republican candidate Donald Trump solidified his support for Israel by announcing on July 15 that Indiana Governor and former Congressman Mike Pence will be his vice-presidential running mate.

While Trump and Hillary Clinton both have Jewish sons-in-law and both have expressed support for Israel during their presidential campaigns, Pence’s appointment reflects Trump’s endorsement for Israel and against anti-Semitism. 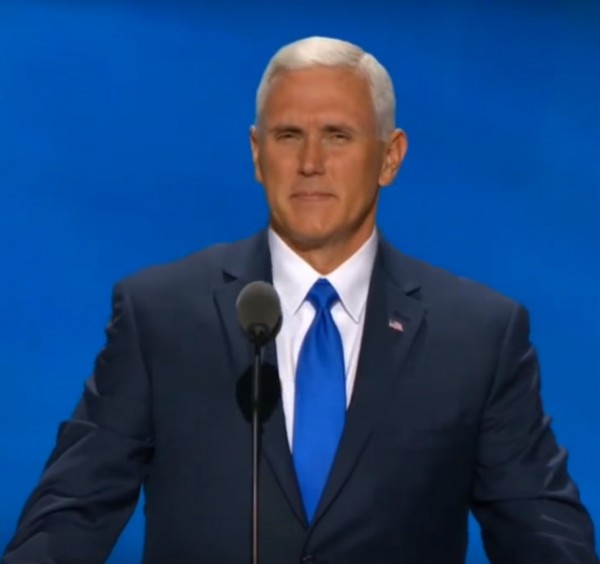 As Governor of Indiana since 2013, Pence played an integral role in Indiana’s state-level rejection of the Boycott, Divestment and Sanctions movement, being one of the first states to outlaw the anti-Semitic, anti-Zionist, and anti-Israel campaign.

According to Israel Today, Pence has actively confronted anti-Semitism, co-leading a bipartisan Congressional task force in 2007 against the long-seated racism that targets the Jews even still.

In this effort, Pence who served in Congress from 2001–2013 was one of several House Representatives who signed a letter to President Barak Obama opposing the Iran Nuclear deal.  (Algemeiner)

Clinton’s VP pick, Senator Tim Kaine, on the other hand, supported the nuclear deal and boycotted Prime Minister Benjamin Netanyahu’s speech before the US Congress on Purim, 2015.

Pence also showed favor to the Holy Land in 2009, pledging before the American-Israel Public Affairs Committee (AIPAC) that “my Christian faith compels me to cherish the State of Israel.”

Pence expressed that faith when he visited Israel in late December 2014 with his family and a state delegation to promote the value of doing business with Indiana, meeting with top business and technology leaders as well as Prime Minister Benjamin Netanyahu.

And he promptly refused an invitation to have Christmas dinner with Palestinian Authority Chairman Mahmoud Abbas at his home.  (Jewish Virtual Library)

Last month at the second annual Indiana-Israel Business Exchange, Pence said “Israel and Indiana share many concerns that Hoosiers [Indiana residents] cherish.  As our nation’s strongest and most important ally in the Middle East, Israel is also a key partner in our state’s economic growth.”  (Jewish News Week)

In fact, the modest Midwest state of Indiana, home to 17,000 Jewish residents, ranks 38 as Israel’s trade partner, with exports to Israel in 2015 totaling $73 million, including $1 million in military contracts.

Summing up his views on Israel, Pence announced on a Voice of Israel radio interview during his visit to Jerusalem:

“When it comes to the United States of America, if the world knows nothing else, let it know this:  America stands with Israel and I believe we always will.”