“You sit and speak against your brother; You slander your own mother’s son.  These things you have done and I kept silence; You thought that I was just like you; I will reprove you and state the case in order before your eyes.”  (Psalm 50:20)

In a bid to raise support for bypassing negotiations between Palestinians and Israelis, Palestinian Authority President Mahmoud Abbas slandered Israel on Thursday in Brussels by telling the European Union Parliament that Israeli rabbis have called for the poisoning of Palestinian water.  (Times of Israel)

“Certain rabbis in Israel have said very clearly to their government that our water should be poisoned in order to have Palestinians killed,” Abbas told EU Parliamentary lawmakers, repeating a debunked anti-Semitic myth.   (EU Plenary Session video translation)

This “blood libel” is as old as the 14th century when Jews were accused of
poisoning the waters of Europe as the Bubonic plague swept across the continent, a lie leading to the massacre of thousands of Jews.

Two days after poisoning the ears of the EU parliament, a statement by Abbas affirmed that this allegation is “baseless.”  (RT) 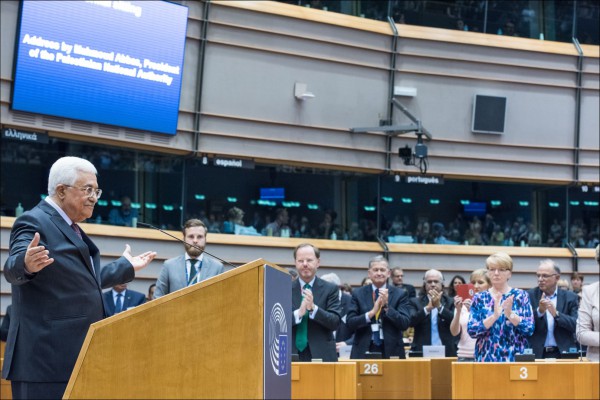 Abbas did not retract blaming terrorist acts on Israeli occupation.  He promised European parliamentarians that global terrorism would be eradicated simply by ending the Israeli presence in the ancient heartland of the Jewish people, Judea, and Samaria, as well as in the Old City of Jerusalem.

“We are against terrorism, in whatever form it may take, and whoever carries it out,” Abbas said.   “Once the occupation ends, terrorism will disappear, there will be no more terrorism in the Middle East, or anywhere else in the world.”

Of course, this was promised about the “occupation” in Gaza.  After Israel withdrew from the strip in 2005 and thousands of Israelis lost their homes, Gazans elected the terrorist organization Hamas as their leaders, who used their newfound freedom to fire rockets and build tunnels into Israel.

Abbas also claimed that “since the occupation, one million Palestinians have been jailed by Israel” — that’s almost one-third of the entire Palestinian population.

“You are our friends.  Help us … help us,” Abbas pleaded. 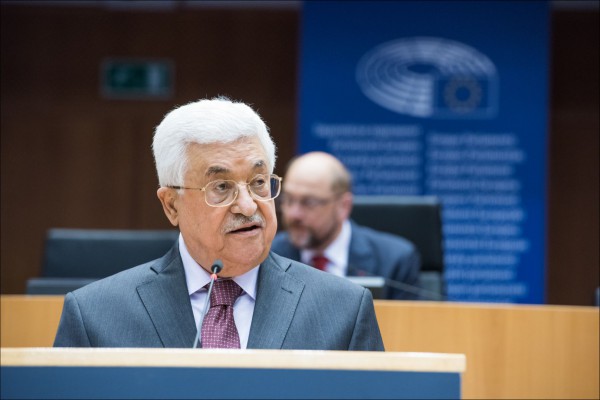 Yet, Abbas showed the European Council his true disinterest in peace with Israel when he declined to speak with Israeli President Reuven Rivlin on Thursday.  Both were at the European Union’s governmental headquarters to meet with EU Foreign Policy Chief Federica Mogherini.

“I was happy to welcome the initiative by the representative of the E.U. to set a meeting between me and President Abbas, who is also visiting Brussels this very day,” Rivlin told the press.  “On a personal level, I find it strange that my friend Abu Mazen [Abbas] refuses, again and again, to meet with Israeli leaders. … Instead, he turns again and again to the support of the international community.”  (Jewish Press) 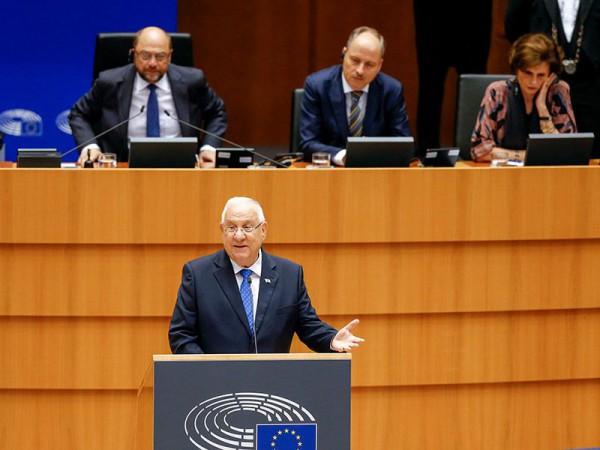 “We can talk directly … We can find a way to build confidence,” Rivlin said, expressing Israel’s openness to peace talks, something Abbas has repeatedly accused Israel of failing to exhibit.

“We will not be able to build trust between us if we do not begin to speak directly and to look at what we can do and what can be done, and not at what cannot be done,” Rivlin added.

“We must stay focused on the bilateral negotiations between the Palestinians and us; direct talks [are] the only possible way to build trust and to resolve the conditions for [peace],” he explained.  “There are no shortcuts, no detours in the Middle East.”

Mogherini, who spoke to journalists after Rivlin said, “We are convinced that we can be friends of Israel, and friends of Palestine and this allows us to be bridge builders, and we will continue to do so because nobody can replace the willingness of the parties to engage in direct negotiations, to restart the perspective of achieving a two-state solution.”