“I will set my face against any Israelite or any foreigner residing among them who eats blood, and I will cut them off from the people.  For the life of a creature is in the blood, and I have given it to you to make atonement for yourselves on the altar; it is the blood that makes atonement for one’s life.”  (Leviticus 17:10–11)

Only a month after World Jewish Congress president Ronald Lauder told representatives in Washington that European Jews live in as much fear as their ancestors did in the 1930s, the Washington Institute for Near East Policy revealed that anti-Semitism and blood libel is going mainstream in Iran.

On a popular website owned and managed by Iranian parliamentarian Ahmad Tavakkoli, an April article claims that Jews “insist on blood shedding and even bloodthirstiness.”

The essay promotes this claim even though one of Judaism’s foundational laws forbids the consuming of blood (Leviticus 17:10–11).  In fact, so stringent is this rule that meat from kosher animals can only be eaten if it has had all blood removed after quick, careful slaughter, and it has been soaked in water and salt for a length of time.

The Alef essay also linked its anti-Jewish blood libel to the anti-Israel narrative:

“Blood shedding by Jews is not a new theme.  By looking at what is happening in occupied territories, one can know the rapacious and savage spirit of this people [ethnicity or race],” states the essay.  (Washington Institute) 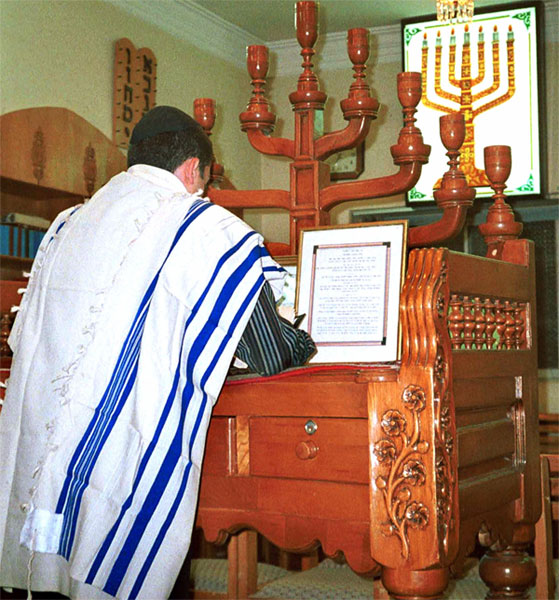 An Iranian Jew prays in a synagogue in Shiraz, Iran.

The essay falsely claims, in detail, several incidents of Jews using or drinking human blood, or kidnapping children to be killed and used in the making of matzah—the same kind of blood libel stories that echoed through the centuries, notably the Middle Ages and 20th century Europe.

With the echo of these perverse lies in present-day Iran, Lauder’s words to the Washington congressional committee in March apply to Iran just as to Europe:  “The United States can and must speak loudly and clearly to condemn this evil for what it is—the radical Islamic hatred of Jews.”  (Business Insider)

Meanwhile, Iran’s Foreign Minister Mohammad Javad Zarif assured NBC’s Ann Curry recently, “We have a history of tolerance and cooperation and living together in coexistence with our own Jewish people, and with Jews everywhere in the world.”

However, Iranian-Jewish freelancer Shahrzad Elghanayan said that the 20,000 Jews of Iran that Zarif refers to are only 20–25% of the number that lived in Iran in 1979, despite Iran’s population increasing by 40 million in that same length of time.  (Washington Post) 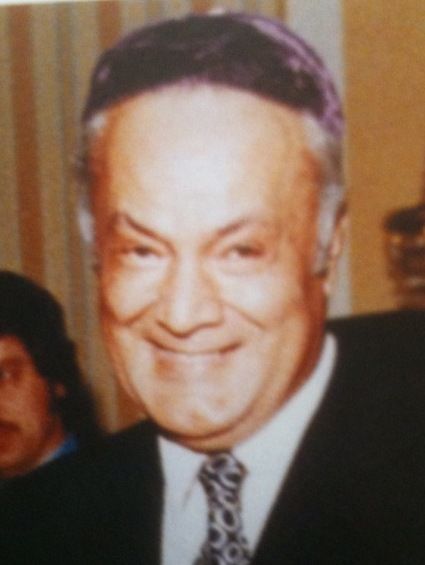 Shahrzad Elghanayan’s grandfather Habib Elghanian was charged with “corruption,” “contacts with Israel and Zionism,” “friendship with the enemies of God,” “warring with God and his emissaries,” and “economic imperialism,” among other charges.

In The Washington Post, Elghanayan recalls how her Jewish-Iranian family grew in influence in 20th century Iran, experiencing success in industry and business.  Then, a Shiite cleric named Ayatollah Ruhollah Khomeini objected that a Jew (one of the Elghanayan’s family members) had built the tallest high-rise in the country at the time.

Khomeini, in a 1964 speech, targeted Elghanayan’s Jewish grandfather and a Baha’i industrialist Habib Sabet, accusing them of national theft:

“The entire country’s economy now lies in Israel’s hands; that is to say, it has been seized by Israeli agents.  Hence, most of the major factories and enterprises are run by them,” Khomeini overstated, lashing out at economic and social reforms that had begun the year before.

This speech foreshadowed the end of a brief period of Jewish prosperity in Iran. From 1925–1979, a modernizing campaign begun by the Reza Shah allowed 80% of the 80,000–100,000 Iranian Jews to live in middle-class comfort, with 10% becoming part of Iran’s elite.

Ayatollah Ruhollah Khomeini seized power in 1979, and the Islamic Revolutionary court charged Elghanayan’s grandfather with being a Zionist spy, sentenced him to the firing squad and stole his wealth.

Khomeini became the supreme leader of a revived campaign in Iran—a campaign that he defined in his 1964 speech.  It is the fuel for mainstream anti-Semitism in Iran today.  (Washington Post)