“Then God said, ‘Let there be lights in the expanse of the heavens to separate the day from the night, and let them be for signs and for seasons and for days and years.'”  (Genesis 1:14)

This Friday, March 20, a rare solar eclipse will be visible over the North Pole.

The timing of this eclipse seems to be remarkably “coincidental”: it not only occurs on the Spring Equinox, which is the first day of Spring, at the North Pole, a celestial event that takes place every 100,000 years, it is also the beginning of the Hebrew month of Nissan, the first month in the Biblical calendar year about which God gave this command:

“The Lord said to Moses and Aaron in Egypt, ‘This month is to be for you the first month, the first month of your year. … This is a day you are to commemorate; for the generations to come you shall celebrate it as a festival to the Lord—a lasting ordinance.'”   (Exodus 12:1–2, 14)

A solar eclipse occurs when the moon passes between Earth and the sun, thereby totally or partly obscuring the image of the sun for a viewer on Earth. The above photo shows the transitions of the total solar eclipse visible at Cairns, Australia on November 14, 2012.

According to Rabbinic sage Joshua ben Hananiah, God created the Universe in the first month of the Jewish calendar, Nissan (Talmud Rosh Hashana 10b–11a), so this extra special eclipse seems to mark that in a big way this Friday.

In fact, the timing of this particular solar occurrence is so rare that it has never happened before in human history.  (BIN)

“The concurrence and rarity of this natural event, together with the times in which we live, indicates the finger of God,” said Gidon Ariel, an Israeli Orthodox Jew and co-founder of Root Source, a website where Jews teach Christians.

Making the evening even more rare, the eclipse will be coupled with a supermoon.

A supermoon occurs when the earth and moon are as close to each other as they can be. 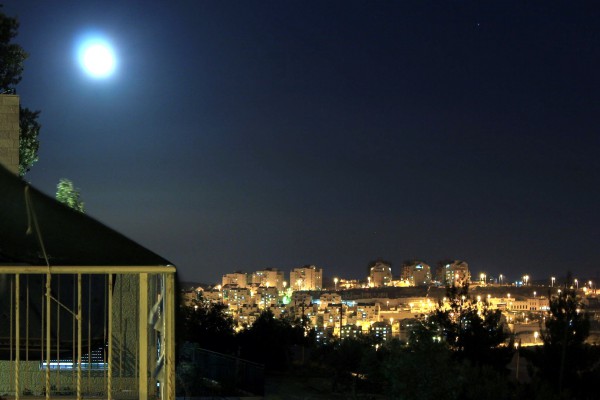 There is more than that, however.  This solar eclipse plus supermoon are also unique because it occurs between four sequential total lunar eclipses, which have come to be called a Blood Moon Tetrad due to the red color of the moon during an eclipse.

Two Blood Moons fell last year and two will fall this year on the Jewish high holidays of Passover and Sukkot in 2014 and 2015.

Two weeks after this solar eclipse, on Nissan 15, is the first day of Passover.

Passover recalls God’s deliverance of the Israelites from Egypt, when they stepped into nationhood and entered into the covenant in which God promised:  “Before all your people I will do wonders never before done in any nation in all the world.”  (Exodus 34:10)

As predicted, the first two Blood Moons of 2014 were accompanied by significant upheaval and bloodshed in the Holy Land, with the peace talks ending unsuccessfully, Hamas and Fatah creating a Unity Government, Hamas repeatedly launching missiles at Israel, and Israel entering Gaza to put an end to Hamas’ barrage of terror through rockets and tunnels, not to mention the slaughter of Christians living in Islamic countries.

In a recent article, Alive Vineyard pastor Steven D. Osborne called to mind Yeshua’s words regarding His return, connecting it to this week’s solar eclipse and the Blood Moon Tetrad.

“’Immediately after the tribulation of those days shall the sun be darkened, and the moon shall not give her light.’  (Matthew 24:29 NASB)  Jesus is repeating Joel’s prophetic word (Joel 2:31 above),” he said.

“Well the sun is going to be darkened in less than a week (March 20) and the moon will eclipse in three weeks (April 4).  Since the two blood moons in 2014, we have watched horrific slaughtering of Christians, senseless bombing of the Jewish homeland with many ‘wars and rumors of war’ just as Jesus predicted (not to mention our weather issues),” he added.

Previous Blood Moons have accompanied significant events for the Jewish People and Israel.

The last occasions a “holiday tetrad” occurred was in 1967, the year Israel won the Six Day War after five Arab nations came against her.  Jerusalem was reunited and the Biblical land of Judea and Samaria were liberated from Jordan.

Before that, in 1948, the State of Israel declared its independence and Jerusalem became the nation’s capital.  Moreover, in 1948 the Dead Sea Scrolls were discovered, which historically verify the authenticity of the Hebrew scriptures.

The holiday tetrad that occurred before 1948 happened in 1493, the year after the Jews were expelled from Spain. 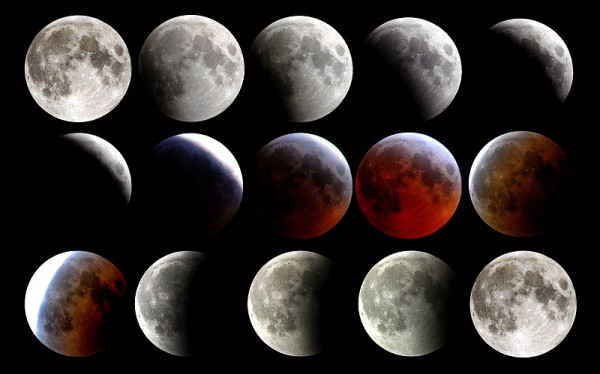 This series of images showing the moon in a full lunar eclipse was taken in the Persian Gulf aboard the USS Boxer.  The red color of a total lunar eclipse is caused by sunlight passing through the earth’s atmosphere.  As all of the earth’s sunrises and sunsets reflect on the moon’s surface, it appears to turn red.

In Jewish tradition, eclipses of the sun and moon pertain to events relevant to Jews and Gentiles.  Ariel feels that this solar eclipse amid the lunar eclipses coinciding with Passover and Sukkot have a special message for both people groups.

“In Jewish tradition, the Jewish people are likened to the moon, and the nations of the world to the sun,” explained Ariel.  “I think that the tremendous interest in the current eclipses and Blood Moons emphasize the relationship between these two celestial bodies and, in turn, the relationship between the Jewish people and the nations of the world.

“In our generation, we are noticing an outpouring of teshuva (repentance) on the part of many righteous Christians, recognition of the historical crimes perpetrated by Christians against Jews, and attempts to right those wrongs.

“This year’s Blood Moon phenomena is perhaps a message from God to the Jewish People to recognize the sincerity of the outreach in friendship by Christians and to work together to bring about the expansion of the knowledge of God amongst Jews, Christians, and all people worldwide.” 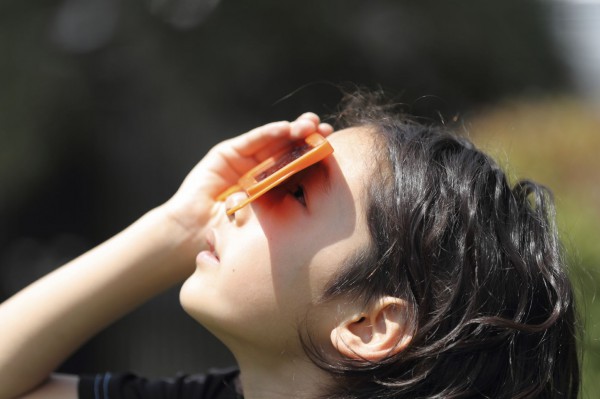 WARNING: Looking directly at the sun, even to position a camera to get a quick shot, risks blindness. Special gear is required to view a solar eclipse.

In the spirit of greater things to come, Root-Source cofounders Bob O’Dell (a dedicated Christian) and Gidon Ariel (an Orthodox Jew) have issued a joint call to all Christians and Jews to pray during the two-minute solar eclipse and recite Isaiah 11:9.  (BIN)

“They will neither harm nor destroy on all my holy mountain, for the earth will be filled with the knowledge of the Lord as the waters cover the sea.”   (Isaiah11:9)

“May God hear and quickly answer the combined prayers of all of us around the world,” Ariel told Breaking Israel News.