Has the Bethlehem Star Reappeared?

“And God said, Let there be lights in the firmament of the heaven to divide the day from the night; and let them be for signs, and for seasons, and for days, and years.”  (Genesis 1:14)

Since the first chapter of Genesis declares that God can use the stars for signs of things to come, many are talking about the current conjunction (near alignment) of the planets Venus and Jupiter, which create the image of one extremely bright star, reminding some of the Bethlehem Star that appeared at the time of the birth of Yeshua (Jesus).

The two planets were only a third degree apart on June 30/July 1, and they will remain close until August 2016 as they both race toward Regulus, which is the brightest star in the Leo constellation, creating a magnificent heavenly spectacle in the western sky.  (Guardian)

A Bibles For Israel team member, Barry, witnessed the conjunction of Jupiter and Venus over the hills of the Galilee while traveling along the western shore of Lake Kinneret (Sea of Galilee).

“The magnificent light of these bodies overwhelmed all other stars in the sky without question bringing to mind how the Star of Bethlehem might have appeared to the Magi,” he said.

“The two orbs weren’t just close, they were practically on top of each other creating the appearance of one magnificently large star of unparalleled brilliance

If you missed the main conjunction event, you can still prepare for July 18th when our crescent moon (the brightest orb in the sky), Venus (second brightest), Jupiter (third brightest), and Regulus will all be seen within a 4 degree circle, making for one rare constellation.

The conjunction of Venus and Jupiter in proximity to Regulus last occurred two thousand years ago and many theorize that this is what the wise men saw, rather than one bright star. 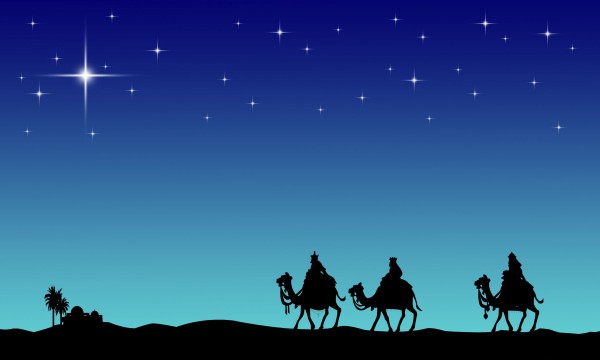 “Then Herod called the Magi [astrologers] secretly and found out from them the exact time the star had appeared.”  (Matthew 2:7)

It is said that the famous astronomer Johannes Kepler who discovered the laws of planetary motion around the turn of the 17th century thought that the conjunction of Jupiter and Saturn in the constellation of Pisces might have been the Bethlehem Star.

The constellation of Leo in which Jupiter and Venus are now moving toward is connected with the tribe of Judah, also known as the Lion tribe, from which the Messiah would come.  This conjunction could also be a viable option for the Star of Bethlehem sighting.  (Genesis 49:10)

Astronomer Fred Schaff presented a similar argument for the Star sighting in the October 1991 edition of Omni magazine.  He linked the conjunctions of Venus and Jupiter 2,000 years ago (August 12th, 3 BC; and June 17th, August 20th and October 14th in 2 BC) with the Star of Bethlehem. 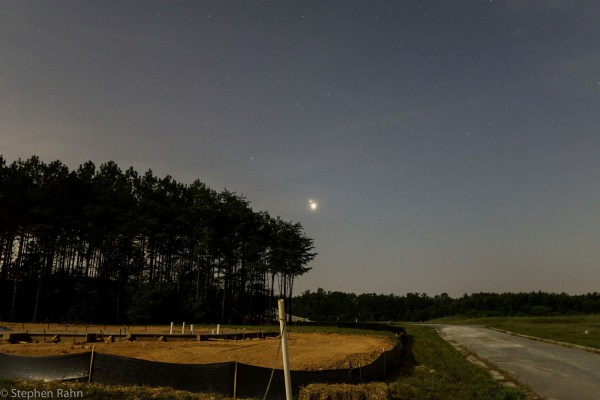 A photo of Venus and Jupiter as they come into alignment.  (Photo by Stephen Rahn)

This phenomenon in our night skies comes in the midst of the current tetrad, or four Blood Moons, appearing during Passover and Sukkot in both 2014 and 2015, along with a very rare type of solar eclipse that occurred earlier in the year.

The last tetrad of this type occurred around the Six Day War.  The tetrads of 1949 and 1950 are associated with the formation and subsequent war for independence of the modern Jewish state.

While many Believers connect this set of Blood Moons to end-time events, and the soon return of Yeshua HaMashiach, a main-stream ultra-Orthodox rabbi, Rabbi Chaim Kanievsky, is telling world Jewry that now is the time to return to Israel as the Messiah is about to arrive.  (BIN)

When asked for a specific time, the rabbi has answered, “At the end of the Sabbatical year (the Shmitah).”  This is the sabbatical year, and it will end on the 29th day of Elul, or Saturday September 12th of this year.

While Bibles For Israel does not condone the setting of dates for the return of Yeshua, we do believe that time is short and that each of us should be prepared for His return.

Part of that preparation is the support of Israel and participating in bringing the Good News to the Jewish People and to the ends of the earth.

“I will show wonders in the heavens and on the earth, blood and fire and billows of smoke.  The sun will be turned to darkness and the moon to blood before the coming of the great and dreadful day of the LORD.  And everyone who calls on the name of the LORD will be saved.”  (Joel 2:30–32)