France: No. 1 Source for Aliyah, 200+ Immigrating After Nice

“Let the redeemed of the Lord tell their story — those he redeemed from the hand of the foe, those he gathered from the lands, from east and west, from north and south.”  (Psalm 107:2–3)

One week after the terrorist attack on July 14 in Nice, France took the lives of dozens of people and injured hundreds, 206 French Jews packed up and made aliyah to Israel, the reward of much preparation and coordination with The Jewish Agency.

While motivated to leave France in part because of the increase in danger, the chairman of The Jewish Agency, Natan Sharansky, noted that “French Jews who immigrate to Israel are coming out of choice: they have a whole world of opportunities before them, and they are choosing to come to Israel.” 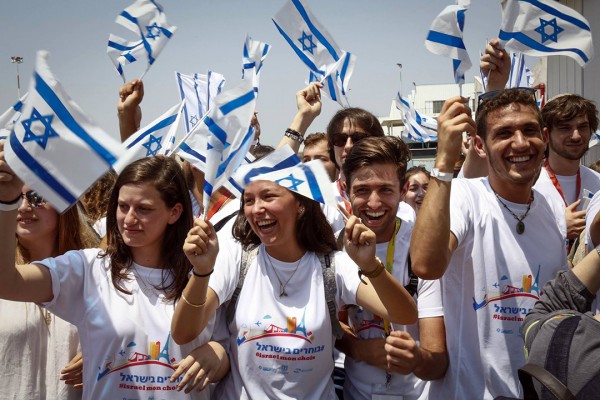 “Their choice demonstrates that Israel affords a sense of Jewish identity and attachment to those Jews who wish to take an active part in the Jewish story,” Sharansky added.  (Breaking Israel News)

Julie Abutbul, who immigrated with her husband and five children, said, “We always knew we wanted to make Aliyah, we just didn’t know when,” adding, “We understood that our lives there aren’t normal.  The hardest part was to see the soldiers standing around outside of my children’s school every day.”

Regarding the road ahead, she said, “We understand that our absorption process will be difficult, but we hope and believe that here we will be able to have a different life, that we’ll be able to find happiness here and start a new life for us and for our children here.”  (Ynet)

Most have chosen to make their new home in Netanya, Raanana, Jerusalem, and Ashdod.

Whether they come by choice or fear, their arrival in Israel is a fulfillment of the mercy of God who says,

“Do not be afraid, for I am with you; I will bring your children from the east and gather you from the west.  I will say to the north, ‘Give them up!’ and to the south, ‘Do not hold them back.’ Bring my sons from afar and my daughters from the ends of the earth.”  (Isaiah 43:5–6)