Gaza leader and Hamas-party head Ismail Haniyeh endorsed resistance and wider-spread attacks against Israelis, stating at Friday prayers in Gaza City that “Gaza will fulfill its role in the Jerusalem intifada [uprising]; and it is more than ready for confrontation.”  (Times of Israel)

“We are calling for the strengthening and increasing of the intifada … It is the only path that will lead to liberation,” Haniyeh emphasized. 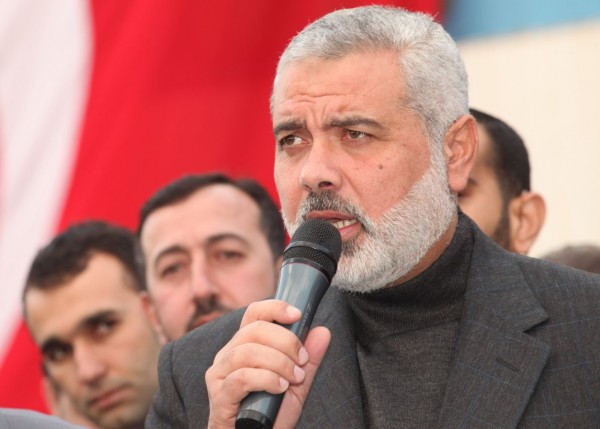 While Israeli security officials believe the less-fanatical President Abbas of the Palestinian Authority (PA) has tried to “lower the flames” in Judea and Samaria, his actions at the United Nations in recent weeks have only added fuel to the fire.

In his speech to the UN General Assembly, Abbas falsely claimed that Israel has refused to negotiate for peace.  Furthermore, he declared that he was no longer bound by the 1993 Oslo Accords.  These agreements created the self-governing Palestinian Authority and require that both the PA and Israel negotiate a two-state solution together.

“They [Israelis] leave us no choice but to insist that we will not remain the only ones committed to the implementation of these agreements, while Israel continuously violates them,” Abbas told the Assembly.

This cancellation of peaceful negotiations has been taken as a green light for those itching to attack Israelis and Jews.

On September 16, Abbas clearly gave his blessings to do so:

“We bless you.  We bless the Murabatim [Muslim groups hired to create conflict on the Temple Mount and elsewhere].  We bless every drop of blood that has been spilled for Jerusalem, which is clean and pure blood; blood spilled for Allah, Allah willing.  Every Martyr will reach Paradise, and everyone wounded will be rewarded by Allah.” 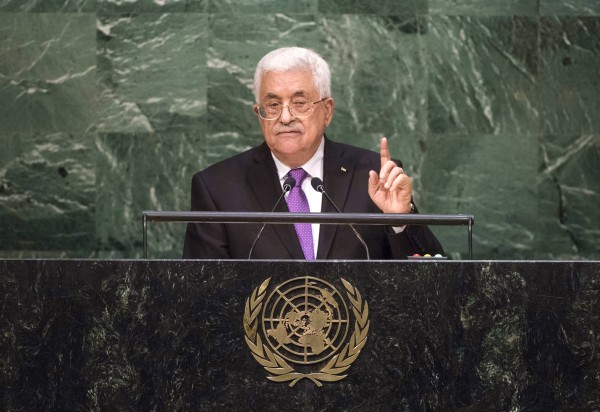 Abbas and others in the Fatah Central Council have praised the Palestinians that have committed murder and battery against Israelis these past few weeks, saying that they are acting within “a comprehensive national strategy.”

“The PA is playing a double game: on the one hand, it is telling the world that it wants peace and coexistence with Israel; on the other hand, it is continuing to incite Palestinians against Israel, … driving some to take guns and knives and set out to murder Jews,” Khaled Abu Toameh of the Gatestone Institute writes.

Abbas’ rhetoric also claims that both Muslim and Christian holy sites are under threat from Israeli aggression.

“The Al-Aqsa Mosque is ours.  The Church of the Holy Sepulchre is ours,” he declared on September 16.  “And they [the Jews] have no right to defile them with their filthy feet.  We will not allow them to and we will do everything in our power to protect Jerusalem.”

Pairing Islam with Christianity and declaring the Oslo Accords cancelled reveal that Abbas intends to secure support for an independent state from a wider international audience that specifically includes Christians.  He has achieved that to some extent with the raising of both the PA and Vatican flags at the UN headquarters in New York.  As well, Pope Francis recently recognized Palestine as a legitimate state in a treaty.

More recently, in Russia on September 23, at the dedication of the Moscow Cathedral Mosque, Abbas pleaded with the international community “to provide protection to the holy places of Christianity and Islam in Jerusalem and ensure the freedom of religion as it existed before the Israeli occupation of Jerusalem in 1967.”  (PalWatch)

Today in Israel, however, freedom of religion exists for all faith groups — so much so that Israel has given the Muslim Waqf administrative control of the entire Temple Mount platform. 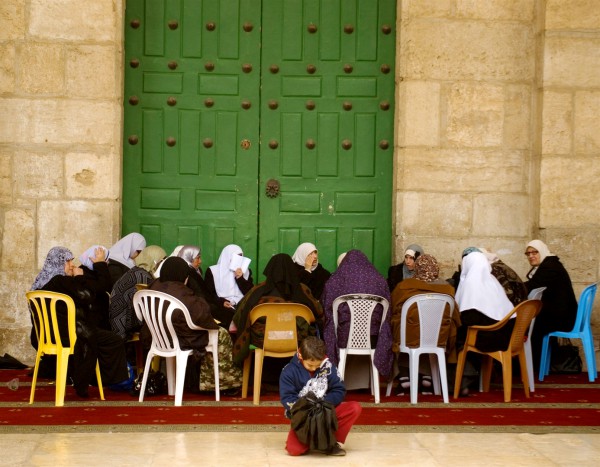 While Israel assures freedom of religion to all citizens, Muslim rule often fails to do so.  For example, when Jordan occupied eastern Jerusalem between 1949 and 1967, Jews were forbidden from entering the Temple Mount or the Western Wall plaza.

During that time, Jordanian forces destroyed 35 of the 36 synagogues in Jerusalem’s Old City and forbade Christians from buying land or houses there.

The Palestinian Authority also does not guarantee freedom of religion.  The PA Ministry of Information in December 1997 stated that “the Palestinian people are governed by [Islamic] Shari’a law … with regard to issues pertaining to religious matters.”

“According to Shari’a Law, applicable throughout the Muslim world, any Muslim who [converts] or declares becoming an unbeliever is committing a major sin punishable by capital punishment … the [PA] cannot take a different position on this matter,” the ministry said.

“I will gather all the nations and bring them down to the Valley of Jehoshaphat.  And I will enter into judgment with them there, on behalf of My people and My heritage Israel, because they have scattered them among the nations and have divided up My land.”  (Joel 3:2)