The organizers of the 11th Tehran International Cartoon Biennial announced Wednesday that the 2016 competition will likely draw participants from 50 countries. 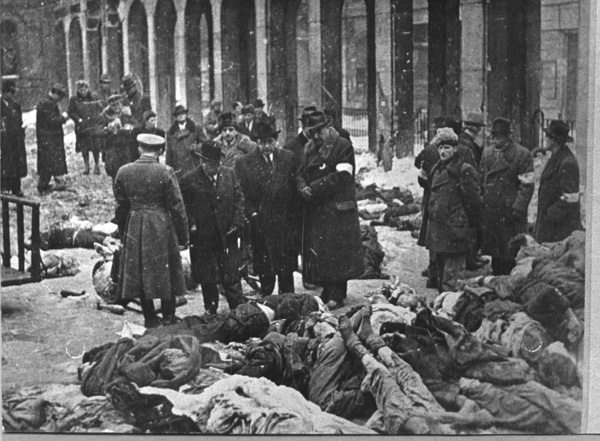 Jewish victims of the Arrow Cross, a national socialist party in Hungary, in the court of the Dohány Street Synagogue in Budapest during the Holocaust (WWII).

In their bid to proliferate the public space with propaganda images illustrating the idea that the Holocaust was a joke or never happened, the Tehran International Cartoon Biennial is trying to hide behind the Western defense of “free speech.”

“We do not mean to approve or deny the Holocaust,” said the contest’s secretary, Masud Shojai-Tabatabai, to Iran’s Mehr News Agency (MNA).  “The main question is that why is there no permission to talk about the Holocaust despite their [the West’s] belief in freedom of speech?”  (IRNA)

This defense of “free speech” is laughable, however, when we consider that as of October 2014 Iran has been holding 48 journalists, bloggers and social media activists in detention.  (World Report 2015 by Human Rights Watch)

This November 22, The Washington Post’s American-Iranian bureau chief Jason Rezaian was sentenced to a prison term of undisclosed length on charges of “propaganda against the establishment,” working with hostile governments and espionage — all long after his arrest in July 22, 2014.  (US News)

“Every day that Jason is in prison is an injustice.  He has done nothing wrong.  Even after keeping Jason in prison 488 days so far [as of November 22, 2015], Iran has produced no evidence of wrongdoing.  His trial and sentence are a sham, and he should be released immediately,” said Washington Post foreign editor Douglas Jehl in a statement. 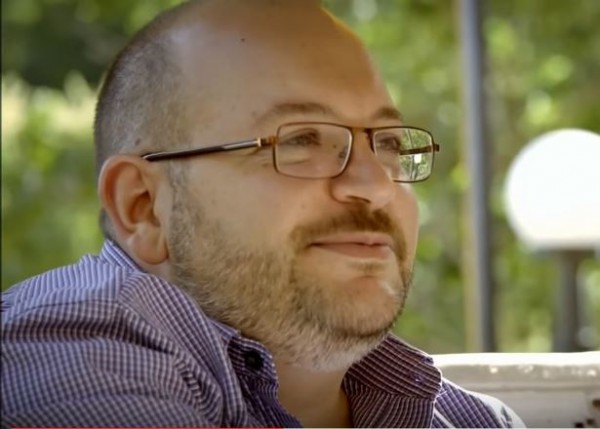 Jason Rezaian, an Iranian-American journalist who served as Tehran bureau chief for The Washington Post, was convicted of espionage in a closed-door trial in Iran in 2015.  (YouTube capture from CNN’s Anthony Bourdain on Iran)

Also in contrast to the contest’s claims to free speech, Iran’s Foreign Ministry spokeswoman Marzieh Afkham said the Mohammad caricature drawn by the French satirical magazine Charlie Hebdo nearly one year ago was an “abuse of freedom of speech, which is common in the West these days.”  (IBTimes)

The offense created by the French cartoon resulted in a mass shooting inside the Hebdo offices on January 7, 2015 in which 11 were killed and 11 others were injured.  Two brothers, members of Al-Qaeda in Yemen, took responsibility and were killed in a shootout with police.

“I think we would have a much safer, much more prudent world if we were to engage in serious dialogue, serious debate about our differences, and then we will find out that what binds us together is far greater than what divides us,” said Iranian Foreign Minister Mohammad Jawad Zarif on the Hebdo cartoon, according to Reuters.

In his statement to MNA, Shojai-Tabatabai alleged that a second and third agenda for the contest is to further the Palestinian cause and bring awareness to the ravaging of the Islamic state — useless as a defense for the contest’s intentions to mock the Holocaust. 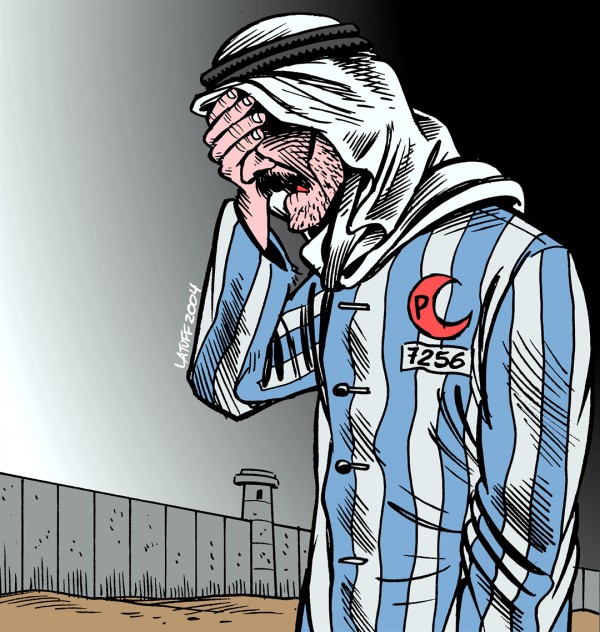 “Why should the oppressed people of Palestine pay the price for the Holocaust?” he asked.  “We are also worried about the contemporary holocausts in which a great number of women and children are being killed in Iraq, Yemen and Syria.”

The display of Iran’s June Holocaust submissions will be supplemented by another contest — caricatures of Israeli Prime Minister Benjamin Netanyahu, which will be hosted by the Palestine Museum of Contemporary Art.