Terror Attack on Orlando One of Deadliest Shootings in US History

On Sunday, in response to the deadliest civilian shooting in United States history, Israeli Prime Minister Benjamin Netanyahu expressed unity with the people of the United States as he extended condolences for the attack on Orlando’s lesbian, gay, bisexual, and transgender (LGBT) community.

“On behalf of the people and government of Israel, I extend our deepest condolences to the American people following last night’s horrific attack on the LGBT community in Orlando.

“Israel stands shoulder to shoulder with the United States at this moment of tragic loss.

“We send our heartfelt sympathies to the families of the victims and wish a full and speedy recovery to the wounded.”

Israeli President Reuven Rivlin also issued a letter of condolence to Obama on Sunday, stating, “Once again we feel the pain of terrible loss as we see the blood spilled of young and innocent people.  There is no comfort for those who have had their loved ones torn away from them.”

“This attack against the LGBT community in Orlando is as cowardly as it is abhorrent.  The Israeli people stand shoulder to shoulder with our American brothers and sisters in the moral and just fight against all forms of violence and hatred,” Rivlin states. 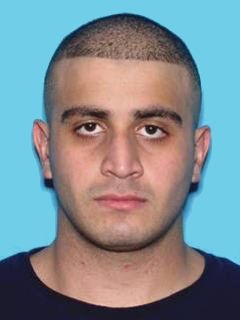 The perpetrator of Sunday’s attack was New York-born Omar Mateen, 29, who vowed allegiance to the Islamic State during his 911 calls in the midst of killing 49 and wounding another 53.

Most of Mateen’s victims at the crowded gay nightclub Pulse were shot in “the first stages of the assault,” beginning about 2 a.m. on Sunday, The New York Times (NYT) reports.  It took another three hours before police apprehended Mateen, an “unusually long time” according to an NYT interview with Prof. Adam Lankford, who studies mass shootings.

During the three-hour standoff, Mateen told police by phone that “there would be an imminent loss of life,” according to Orlando Chief of Police John Mina, who then decided it was time to storm the building.

Breaching the wall of the bathroom where Mateen held hostages, dozens of patrons escaped, along with Mateen, who was killed in a shootout with police.  (NYT)

The attack was so tragic that Netanyahu once again sent condolences on Monday morning, at the start of the Israeli government’s weekly Cabinet meeting, which had been postponed from its usual Sunday morning time because of Shavuot.

Expressing Israel’s shock “at the horrific massacre in Orlando,” he re-emphasized Israel’s solidarity with Americans.

“On behalf of the government and people of Israel, I would like to again express our condolences to the American people and the families [of the victims] at this especially difficult time.” 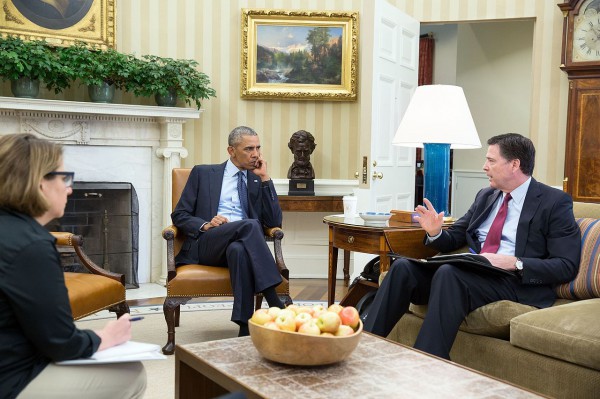 United States President Barak Obama receives an update in the Oval Office from FBI Director James Comey and Homeland Security Advisor Lisa Monaco on the attack on the Orlando club.

Netanyahu expressed the need for international unity against terror.

“This terror threatens the entire world and it is necessary — first of all — that the enlightened countries urgently unite to fight it,” the prime minister said.

Indeed, US President Barack Obama labeled the Orlando attack “an example of the kind of homegrown extremism that all of us have been concerned about.”

“We are committed to joining forces to fight an all-out war against murderous terrorism,” said Shaked.  (Israel HaYom)

Israel is still reeling from its own gruesome terror attack at Tel Aviv’s Max Brenner Chocolate Bar in Sarona Market, committed by 21-year-old cousins from Yatta (the Biblical town of Jutta).  Despite that, in solidarity with the US, the lights covering the wall of the municipality building displayed the American flag and the colors of the rainbow. 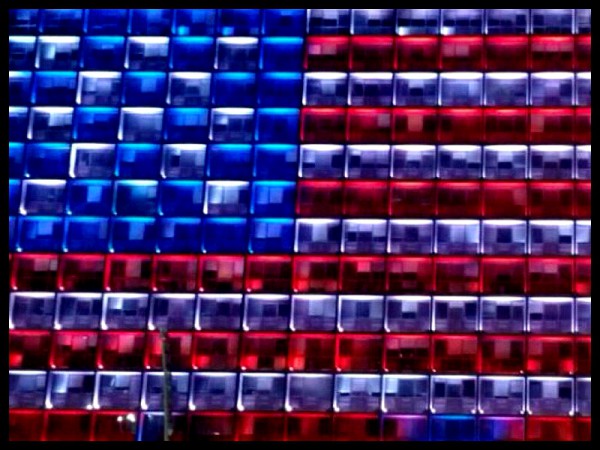 Tel Aviv lights up for the Orlando victims

Israel’s citizens in Jerusalem also took part in acts of unity with the Orlando victims, holding a candlelight vigil in the Israeli capital’s Zion Square with signs that denounced the terror attack.

The Jerusalem Open House for Pride and Tolerance, an organization of lesbian, gay, bisexual, and transgender people and those who support them, organized the remembrance rally.

“We are shocked and saddened by this hateful, severe incident, which proves again the danger our community is under everywhere in the world,” the Jerusalem Open House said in a statement.  “Going out in a club, [or] participating in a parade, are not events in which participants need to sense danger to their lives.”

According to Orlando police, the patrons were not immediately aware of the attack, resulting in Mateen’s high casualty count.  The police stated that with loud music playing, some of the patrons thought the gunshots from Mateen’s AR-15-type semiautomatic rifle were firecrackers or special effects, the NYT reports.

Mateen, a state-licensed security guard, was questioned twice in 2013 and once in 2014 by the FBI after reports of affiliation with terrorist groups surfaced, but the FBI closed the investigation after finding Mateen was not an imminent threat and had broken no laws.

Such investigations do not always uncover potential terrorists because as the UK Independent points out, ” One does not need to officially sign up to the group to carry out acts on [ISIS’] behalf.  In his Ramadan message urging jihad, Abu-Mohammed al-Adnani, the group’s chief spokesman, had specifically instructed:   ‘ Do not ask for anyone’s permission .’ “

Though it seems that Mateen indeed acted alone, Monday morning’s radio bulletin on the ISIS radio station Al-Bayan operating out of Iraq claimed Mateen to be “one of the Caliphate’s soldiers in America.”