“But evil men are all to be cast aside like thorns, which are not gathered with the hand.  Whoever touches thorns uses a tool of iron or the shaft of a spear; they are burned up where they lie.”  (2 Samuel 23:6–7)

According to a statement made Saturday by the Islamic State (ISIS or Da’esh), the terrorists who killed 14 in San Bernardino, California, last Wednesday were “soldiers of the caliphate.”  ISIS itself has not taken responsibility for the attack. 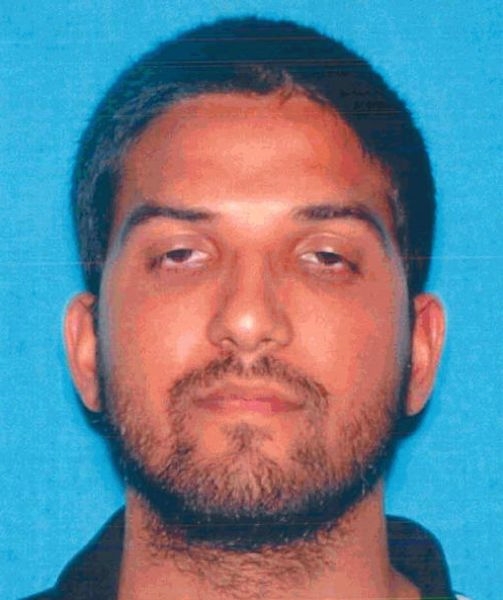 United States-born, Syed Rizwan Farook, 28, and his Pakistani wife Tashfeen Malik, 29, had been radicalized, but Los Angeles’ Assistant Director of the FBI David Bowdich, said the question remains: “How and by whom?”

Farook, who was an environmental health specialist for the San Bernardino County Department of Public Health, targeted his coworkers at an event for employees held at San Bernardino’s Inland Regional Center, which serves people with developmental disabilities.

Before the slaughter, a department event had transitioned from a training session into a holiday gathering.  Leaving during a break, Farook returned with Malik.  Together they fired up to 75 rounds into the crowd of about 80, killing 14 and injuring 21 others.

Farook and Malik also planted three homemade pipe bombs at the Inland Regional Center that failed to detonate.  FBI officials found an additional 19 pipes in the couple’s home.  Malik had pledged an oath of allegiance to the Islamic State on Facebook moments before the attacks began.  (NYT) 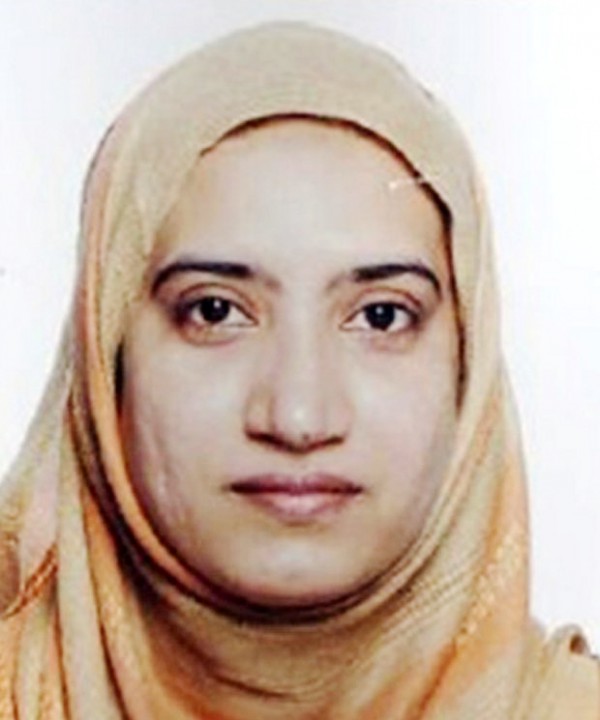 “There’s a number of pieces of evidence which has essentially pushed us off the cliff to say we are considering this an act of terrorism,” Bowdich said.

Meanwhile, Farook’s father told Italy’s La Stampa that his son was “obsessed with Israel,” and that, “I told him he had to stay calm and be patient because in two years Israel will not exist anymore.”

Farook’s anti-Israel comfort to his son included telling him that “geopolitics is changing:  Russia, China and America don’t want Jews there anymore.  They are going to bring the Jews back to Ukraine.”

“What is the point of fighting?  We have already done it and we lost.  Israel is not to be fought with weapons, but with politics.  But he did not listen to me; he was obsessed,” Farook said.  (TOI)

Nicholas Thalasinos, 52, was the first San Bernardino victim to be announced. Thalasinos, a Gentile Messianic believer in Messiah Yeshua, was vocal for Israel and against Islamic radicalization.  Early reports erroneously naming Thalasinos as a Messianic Jew lit a firestorm among commentators arguing against or for the Jewish classification of Messianic Judaism.

“As a gentile who loves HaShem, I know my place is to support Israel and the Jewish people,” Thalasinos wrote in September to an Israeli woman, Bat Zion Susskind-Sacks, who befriended him online a year ago and provided the transcript to the Jewish Telegraph Agency.

“Nicholas was a great supporter of Israel, no question about that.  He felt he was put on this earth to follow HaShem and God’s people,” Susskind-Sacks said.

According to Jennifer Thalasinos, her late husband “was very outspoken about Islamic terrorism and how he feels about politics in the state of the country.” 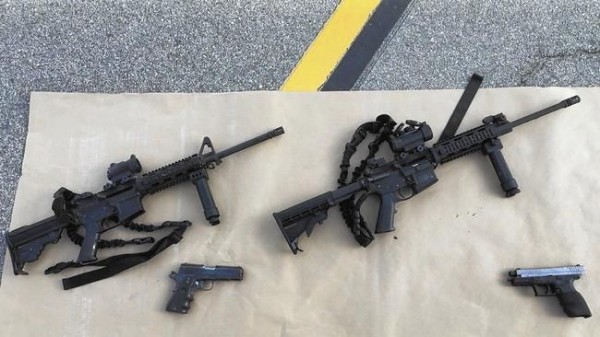 The four guns used by the shooters.  (Photo released by the San Bernardino County Sheriff’s Department)

On Sunday, Israeli Prime Minister Benjamin Netanyahu issued a video message via the Saban Forum on the San Bernardino attack, which he described as terrible and savage.

“I wish to offer the condolences of the people of Israel to the families, the aggrieved families, and of course send our wishes for a speedy recovery to the wounded,” Netanyahu said, later adding, “If I look at the world overall, the core of the conflicts in the Middle East — that is, the battle between early medievalism and modernity — is the battle that is being waged now around the world.”

“And the advanced countries in the world, the civilized countries of the world, have to make common cause to contain and ultimately defeat militant Islam,” he said.  “Deep down, human beings want to have freedom and I think that desire and the technology of freedom, the spread of information, will ultimately defeat militant Islam, just as it defeated another murderous ideology bent on world domination: Nazism.”

Also on Sunday in a primetime address, US President Barack Obama sought to tackle the fears of the nation, while rising in defense of Islam.  (WPost)

“… it is clear that the [San Bernardino terrorists] had gone down the dark path of radicalization, raising a perverted interpretation of Islam that calls for war against America and the West,” he said.  We will “not depend on tough talk or abandoning our values or giving in to fear.  Instead, we will prevail by being strong and smart, resilient and relentless.”

“If we are to succeed in defeating terrorism, we must enlist Muslim communities as some of our strongest allies,” he said. 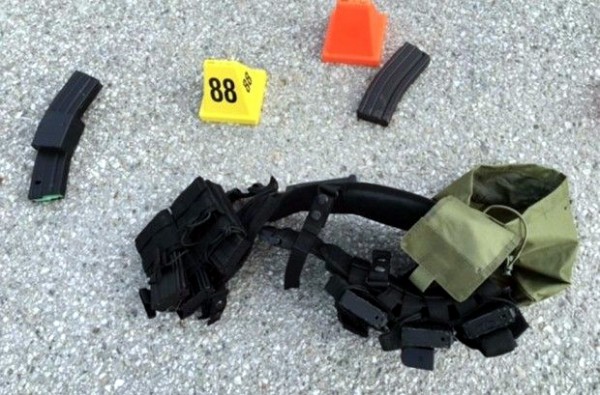 The couple had 1,400 rounds for the rifles and 200 for the handguns with them at the time of the shootout.

The president said Muslim leaders must reject acts of violence and “interpretations of Islam that are incompatible with the values of religious tolerance, mutual respect and human dignity.”

Likewise, it’s the responsibility of all Americans “to reject religious tests on who we admit into this country,” he added.  “It’s our responsibility to reject proposals that Muslim Americans are somehow treated differently.”

However, Obama said he has ordered the Department of Homeland Security to examine the fiancé visa-waiver program under which Malik entered the US, and urged Congress to ensure “no one on a no-fly list is able to buy a gun.”

In describing aspects of the US strategy to tackle terrorism, Obama said, “We need to make it harder for people to buy powerful assault weapons,” noting that officials are not able to identify “every would-be mass shooter.”

Meanwhile, gun permit applications are up seven to ten-fold in the conservative areas of California’s Southland, such as San Bernardino.

“I’d rather be sitting on the phone with the cops with a gun in my hand than on the phone praying nobody’s going to shoot,” Doug Crossman, whose wife works a mile from the shooting, told the Los Angeles Times.

“As we’ve become better at preventing complex multifaceted attacks like 9-11, terrorists turn to less complicated acts of violence like the mass shootings that are all too common in our society,” said Obama, naming Fort Hood, Chattanooga and now San Bernardino.

The president added that the Internet has enabled terrorists to “poison the minds of people like the Boston Marathon bombers and the San Bernardino killers.”