“He will raise a signal for the nations and will assemble the banished of Israel, and gather the dispersed of Judah from the four corners of the earth.”  (Isaiah 11:12)

In celebration of the return of the Jewish exiles to their homeland, the State of Israel has declared a national holiday to honor those who are aligning their destinies with the Promised Land by making aliyah.  The holiday is a wonderful testimony of the continuing fulfillment of God’s promises to bring the Jewish People back to the Land of Israel.

With 21 Knesset members (MKs) voting for, and 4 against the holiday, the Knesset (Cabinet) passed into law National Aliyah Day (Immigration Day).  It is to be celebrated on the 7th day of Cheshvan, which coincides with the Lech Lecha Torah portion in which God tells Abraham to “go from your country, your people and your father’s household to the land I will show you.”  (Genesis 12:1)

“Israel’s prosperity was achieved, in part, thanks to those who left what they had behind and moved to the land of Israel,” states the new law.  “Moreover, the immigration to Israel is a symbol of Jewish history, during which the Jews lived in Israel, were expelled, but never abandoned it for a moment and returned to it — their historical home — as part of the Zionist national miracle.” 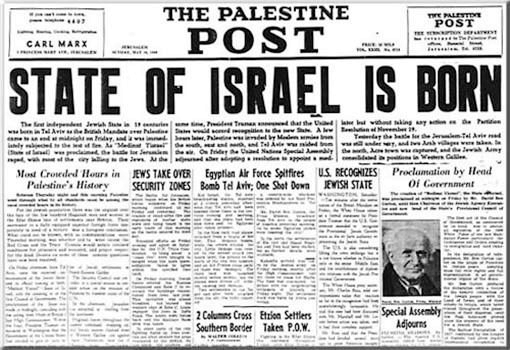 This year, the 7th of Cheshvan falls on November 8.  The special day will be marked by school events, army ceremonies, and government celebrations, as well as a special Knesset session with events at the president’s residence.

The celebrations will note that aliyah, has been the “most significant factor in Israel’s development, empowerment and growth as a state and as a nation,” according to MK Robert Ilatov.  “By marking this day, we are saying thank you to the immigrants and proudly acknowledging their decision to tie their fates with Israel.”  (Times of Israel)

Numerous prophecies in the Tanakh (Old Testament) call for aliyah, including a word of God through the prophet Ezekiel:  “Then they will know that I am the Lord their God, for though I sent them into exile among the nations, I will gather them to their own land, not leaving any behind.”  (Ezekiel 39:28)

“This is the most explicit promise concerning the ingathering of all the outcast of Israel,” wrote the late 20th-century Biblical commentator, Rabbi Chaim Dov Rabinovitz, from Lithuania.

The prophet Ezekiel confirms this word of the Lord again:  “And I will cause many people to live on you — yes, all of Israel.  The towns will be inhabited and the ruins rebuilt.”  (Ezekiel 36:10) 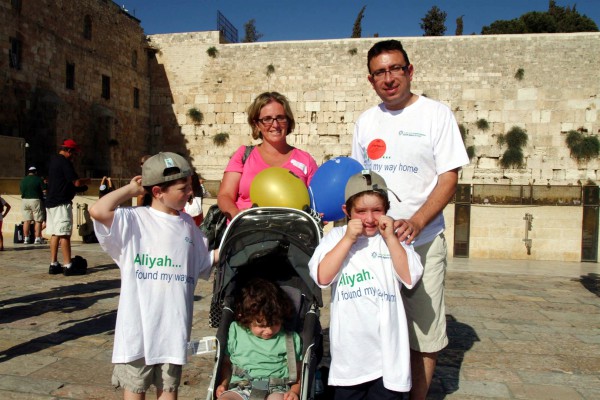 A Jewish family poses at the Western (Wailing) Wall where they received their Israeli IDs after making aliyah to Israel.  (Jewish Agency photo by Brian Hendler)

With a rise in immigration, Israel’s need for sufficient absorption to build up the growing nation also increases.  MK Avraham Neguise (Likud), who cosponsored the bill, said, “The law is declarative but is very important to ensure the recognition of the importance of aliyah and encouraging it, and improving the treatment of new immigrants, so that we recognize every new immigrant brings a significant contribution to the country.”  (Jerusalem Post)

Meanwhile, what happens to the nations — including Jordan, Syria, and the Palestinian Authority — who have claimed portions of the Land of Israel as their own, saying that “the ancient heights have become our possession” (Ezekiel 36:2)?

The Sovereign Lord, through Ezekiel, answers, “In my burning zeal I have spoken against the rest of the nations, and against all Edom, for with glee and with malice in their hearts they made My land their own possession so that they might plunder its pastureland.”  (Ezekiel 36:5)