Shortly after an Israeli delegation arrived in Cairo last week for indirect ceasefire talks with Hamas, the talks were adjourned until late October in deference to the Jewish and Muslim holidays.  It appears that for the moment at least, the chances of renewed fighting seem unlikely.

Talks couldn’t go forward until rival Palestinian factions Hamas and Fatah had come to an agreement, and that agreement was arrived at in Cairo a day after the talks with Israel were delayed.

On Thursday the factions agreed that political control of Gaza Strip will be handed to a unity government dominated by Palestinian Authority President Mahmoud Abbas, who is also the leader of Fatah.

The agreement came just in time for Abbas’ address to the UN General Assembly on Friday, at which time he appealed to the world to set a deadline for ending Israel’s so-called occupation of Palestinian territories. 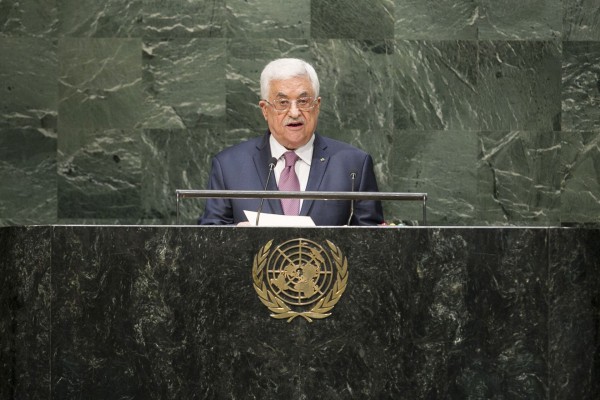 Abbas’ Fatah party of the West Bank made the agreement with Hamas even after experiencing Hamas terrorist tactics in 2007 when clashes broke out in Gaza and spilled over into the West Bank.

At that time, Hamas co-founder Mahmoud Zahar was quoted as saying that if Fatah continued to try to uproot Hamas from the West Bank, it would be met with Hamas resistance in the form of suicide attacks and bombings not unlike those used by the terrorist organization against Israel.

In April, following the breakdown in peace talks between Israel and the Palestinian Authority, Hamas and Fatah reunited to form a unity government.  Shortly afterward, Hamas began launching missiles at Israel.

Recently, the Shin Bet (Israel Intelligence) uncovered a plot by Hamas to depose Fatah rule in the West Bank.  The plan called for Hamas cells in the West Bank to incite a third intifada and a replacement of PA forces by Hamas.

This led to the arrest of 90 people.  Abbas called the plot “a grave threat to the unity of the Palestinian people and its future.” 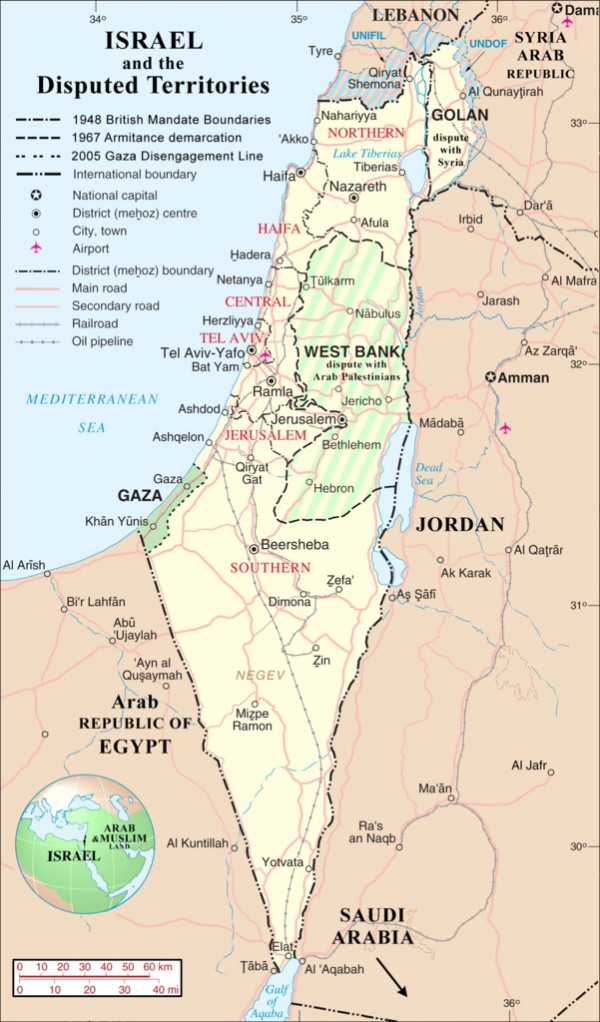 A map of Israel and the Palestinian controlled territories of Gaza and the West Bank, as well as the Golan Heights and neighbouring countries. Also shown is the United Nations deployment, as of January 2004, in the area.

Even this attempted coupe, however, has not hindered the shared goal of Hamas and Fatah to remove the Jewish People from the land that Hamas calls Palestine and the Bible calls Israel (Matthew 2:20–21; 10:23).

And so, these rival groups appear to be overcoming their differences and betrayals in order to form a Fatah-Hamas unity government in the hopes of taking “all of historic Palestine from the river to the sea.”

Such a hope totally defies the historic presence of the Jewish People in the land of Israel for over 3,000 years, and its implementation would lead to the ousting of Jews and Christians from the Holy Land.

Hamas has already made clear its goal to get Israel and Egypt to lift the blockade of Gaza and to allow for the construction of a sea port and international airport.

These demands, if met, will undermine Israeli security and can only lead to the rearming of Hamas forces for what they consider to be an ongoing battle to free Al Quds (Arabic for Jerusalem) from any Jewish presence.

Sadly, for the people of Gaza and the West Bank, the struggle to free Al Quds is synonymous with obtaining all of the Land of Israel. 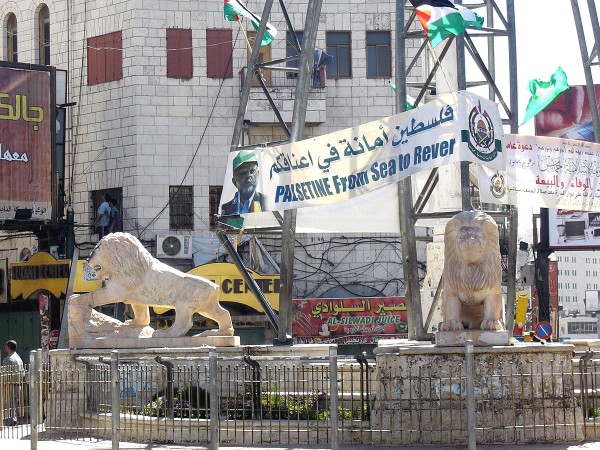 As the above banner proclaims, the ultimate goal of Hamas and Fatah is to have all the land between the Jordan River and the Mediterranean Sea.

As part of a reconciliation agreement between Hamas and the Palestinian Authority (PA), the two factions have decided in principle to allow thousands of PA troops to be deployed in the Gaza Strip.

This will require the permission of Israeli military authorities to allow the troops to travel across Israel into Gaza.

In July, Abbas had first proposed the idea of sending PA troops as part of a ceasefire agreement.  Egypt, however, said that it would not reopen the Rafah crossing into Gaza unless such forces were in place.

The PA military would be stationed not only at the Rafah crossing but also the Philadelphi Corridor, the 8.5 mile stretch of Gaza-Egyptian border.  Such a move would involve hundreds of personnel who need to be paid.  (Times of Israel)

This military transfer agreement follows a dispute over the Palestinian Authority’s non-payment of salaries to Gaza’s public sector workers who had not been paid in several years, which has increased tensions between Hamas and Abbas’ Fatah party.  (Ynet)

This week’s events suggest that the two parties have come to an agreement over such payments, that Fatah will rule both in the West Bank and in Gaza, and that Hamas now accepts the two-state solution to the Israeli-Palestinian conflict within the 1967 borders.