“The Lord said to Abram after Lot had parted from him, ‘Lift up your eyes from where you are and look north and south, east and west.  All the land that you see I will give to you and your offspring forever.’”  (Genesis 13:14–15) 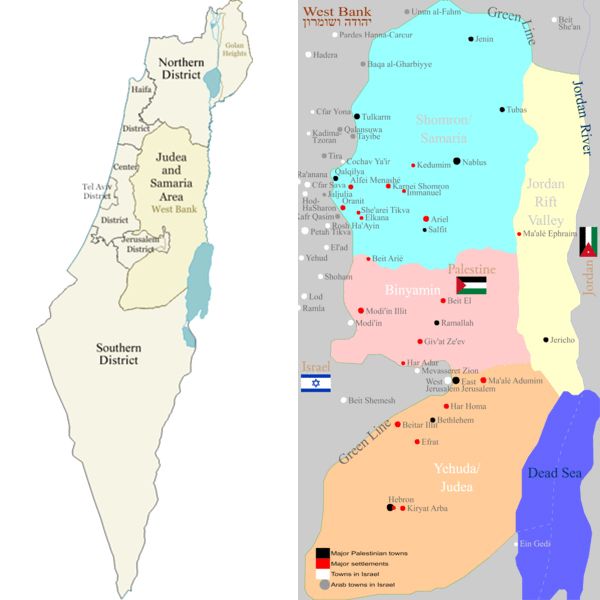 A recent Washington Institute for Near East Policy poll indicates that in the event of a two-state solution, a slight majority of Jerusalem Arabs, 52%, would prefer to be Israeli citizens rather than Palestinian.

On the other hand, 45% say they would prefer to be Palestinian citizens in a Palestinian state.

The same poll revealed that 70% support the two-state solution and “recognize the Jewish people’s right to a state.”

The results of this survey indicate a 12% rise from a similar one held by the institute in 2011 when 40% said they would prefer Israeli citizenship.

The present poll reports more realistic views for those Arabs living in Jerusalem compared with those living in Judea and Samaria and the Gaza Strip where only 13% and 11% respectively support the right of the Jews to a state.

But while 40% of the Jerusalem Arabs say Jews have some rights, almost none of those living in Judea and Samaria and Gaza agreed. 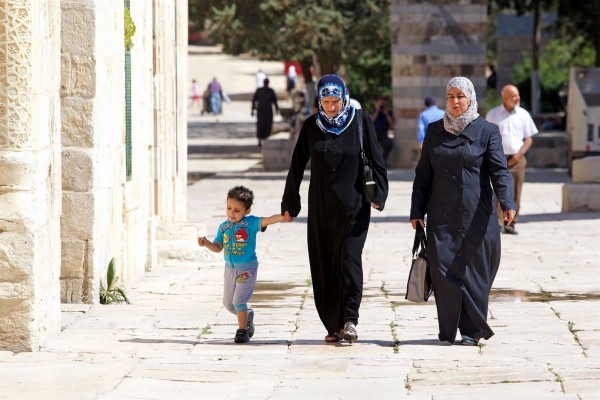 Muslim women and child on the Temple Mount in “East” Jerusalem.

The findings were presented last Tuesday by survey head David Pollack, Fellow at the Jerusalem Institute for Israel Studies.  Pollack believes that access to social and economic benefits afforded by citizenship and not political or ideological affiliations to Israel attract east Jerusalemites.  Forty-seven percent say they are actually politically independent.

This independence could be because the governing powers of Judea-Samaria (the Palestinian Authority) and Gaza (Hamas) do not officially operate in east Jerusalem.

Even so, 61% still support armed conflict with Israel, including vehicular terrorist attacks, and 39% declare their support of the Hamas terrorist group rather than the Palestinian Authority.

On a side note, only half, about 19%, of Gazans reportedly support Hamas compared to 11% of residents in the West Bank where Hamas operatives are sometimes arrested.  (Washington Institute)

The results of the poll were reported on Israel’s Channel 2 News.  Data reported by the institute show a rise in the number of requests by Palestinians living in East Jerusalem for Israeli citizenship from 114 applications in 2003 to between 800 and 1,000 per year now.  About half are actually granted.  (Times of Israel)

Pollack comes to three conclusions about the data that can help us analyze the news better:

“First, the findings suggest that benefits from practical coexistence may produce a more moderate mindset.

“Second, partisan affiliation may not be a good guide to underlying attitudes.

“And third, most important, those who care about both democracy and peace would do well to pay more attention to the desires of the Palestinians who actually live in Jerusalem, not just of those who claim to speak on their behalf from outside the city.”