Hamas Trades Air and Sea Ports for War with Israel

“‘No weapon that is formed against you will prosper; And every tongue that accuses you in judgment you will condemn.  This is the heritage of the servants of the LORD, And their vindication is from Me,’ declares the LORD.”  (Isaiah 54:17)

Gaza’s Hamas claimed on Saturday that it has rebuilt its bases and terrorist training facilities on the border with Israel.

“No sooner has the war come to an end, than the Al-Qassam Brigades started a new stage of the conflict in preparation for the battle of liberation,” Hamas said, stressing it is “not afraid” to launch another war on Israel. 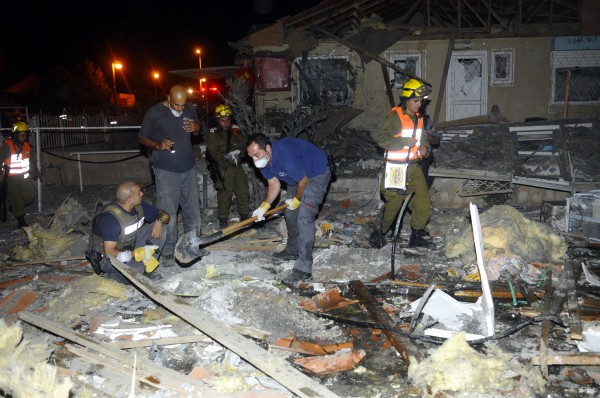 This comes after leaked documents last week indicated Hamas and Israel were engaged in talks on a five-year ceasefire agreement.

While Hamas and other local terrorist organizations are required to keep the initial ceasefire that brought an end to Operation Protective Edge last summer, Hamas openly rejected plans for a more comprehensive five-year truce that would give Gaza an airport and seaport, something Hamas has been demanding for years.

The truce, proposed by the United Nations’ special coordinator for Middle East peace, Robert Serry, was offered primarily to aid the reconstruction of Gaza.

“The rehabilitation of Gaza will take years and for that we need time and a commitment from all concerned parties for a long-term ‘reconstruction hudna,’ (Arabic term for quiet) to which all Palestinian factions should be committed,” Serry said to Newsweek. 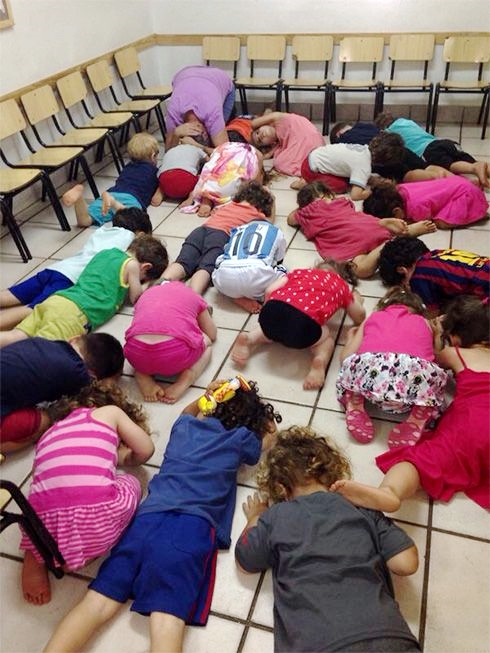 Kindergarten children crouch in the protective position during a rocket alarm in Operation Protective Edge.  (Photo by Siven Besa)

“Hudna” describes the closest state to a “truce” that Islamic bodies are permitted to have with non-Muslims—but serves as a temporary and tactical move for future gains (see the Treaty of Hudaybiyyah between Muhammad and the Quraysh tribe).  It does not imply a reliable, long-term peace.

However, reconstruction does not seem to be a priority for Hamas, which sees the truce as an opportunity for Israel to separate the Gaza “enclave from the West Bank so it can swallow it with the settlements,” according to Hamas official Musa Abu Marzouk’s recent post on Facebook.

“We’re paying a steep price for our stance by the continued blockade and economic pressure over the Strip, but we reject any idea that would lead to the separation of the Gaza Strip and the West Bank, despite the fact that Palestinian President Abu Mazen (Mahmoud Abbas) and his government are actively doing so with their policies,” Marzouk wrote.  (BIN)

In their attempt to liberate all of Palestine and merge with the West Bank, Hamas has been actively rebuilding its terror tunnel network and developing missiles for launch since the ceasefire began in August 2014. 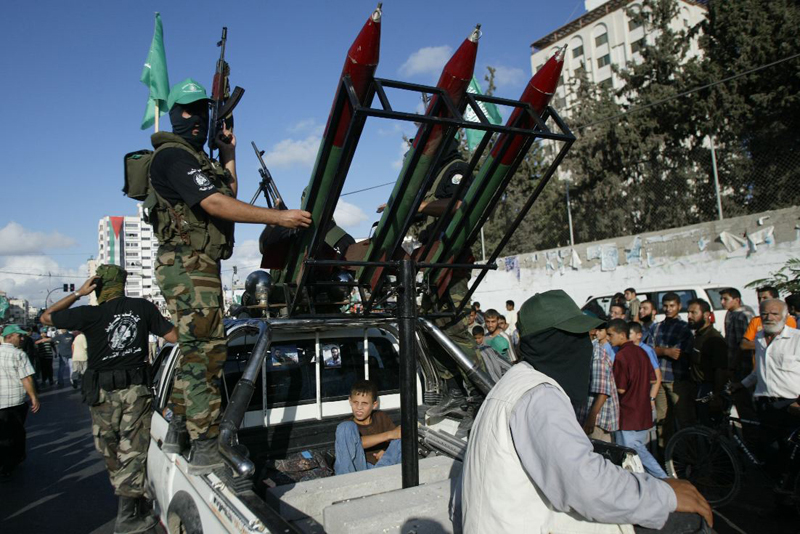 An unnamed Israeli Defense Forces officer told Jewish News outlet NRG that Hamas has been testing short-range missiles by firing them into the Mediterranean sea—missiles that Israel’s Iron Dome defense system was not built to intercept.

“Almost 100 percent of test missiles fired into the Mediterranean have been short range,” said the officer.  “They are working very hard on making their short-range missiles more accurate.  We believe that they have learned their lesson that the Iron Dome batteries negate longer range missiles completely.”  (BIN)

Hamas can’t efficiently produce long-range missiles even if they wanted to since Egypt has closed Hamas’ smuggling routes over the past several months.

Hamas (recently categorized by Egypt as a terror organization and by the European Union as not one) now has fewer explosives for its long-range missiles, so it has invested its explosives into more short-range missiles. 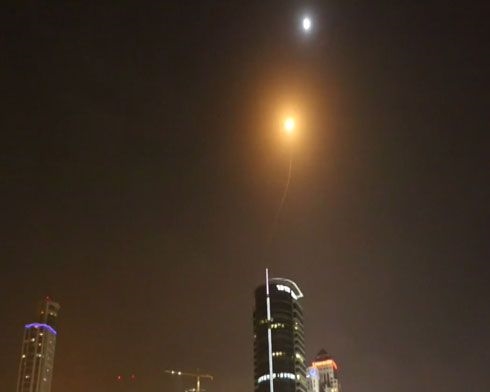 Of the 3,500 rockets fired last summer from Gaza, the Israeli Air Force reports that 250 were medium range (up to 40 km or 25 miles) and only 60 had the ability to reach Jerusalem or Tel Aviv.  Six hundred missiles had the potential to hit major population centers, yet 90 percent were shot down by Iron Dome.

Even if Hamas won’t produce them, it has in the past used Iran’s unguided Fajr 5 missiles with a range of 75 km, and may do so again.

Hamas is not relying only on missile technology, however.  Gazan terror groups have been proudly rebuilding their tunnels since the ceasefire began, even after losing 123 Al-Quds Brigade terrorists to Israeli defense last summer.

“We’re gathering all our strength since it’s a war that never ends.  We’re ready to go to another level against the Zionist occupation and carry out actions we’ve never done before,” Al-Quds Brigades senior commander Abu al-Bara told AFP’s French news journalists inside one of the tunnels.