“Let us draw near to God with a sincere heart and with the full assurance that faith brings, having our hearts sprinkled to cleanse us from a guilty conscience and having our bodies washed with pure water.”  (Hebrews 10:22)

A Jerusalem family has announced the discovery of a 2,000-year-old mikvah (immersion pool) under the living room floor of their home in Ein Kerem (Vineyard Spring), the place in which Yohanan the Immerser (John the Baptist) is thought to have been born.

When searching for a home to buy, Tal and Oriya looked for something with charm and “walls that can talk,” Oriya said.  They found that charm in a sunlit home located about 4.6 miles (7.5 km) west of the Jerusalem center, but didn’t find their other criteria until three years ago when they remodeled their floor.

“During the construction work, the heavy-duty machines just dropped into the earth.  So we started digging with our bare hands and understood we found something big,” Oriya told NBC. 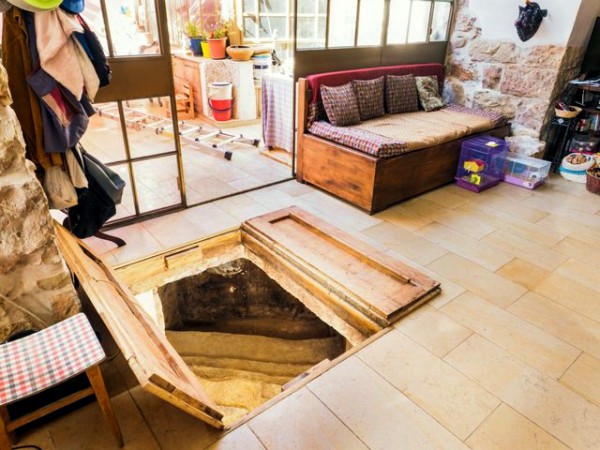 An ancient ritual bath (mikvah) found during renovations in an Ein Kerem living room seems to support the idea that there was a Jewish settlement located in the vicinity during the Second Temple period.  (IAA photo)

Uncertain about the historic value of the find and the consequences of contacting the authorities, the family built into the floor a pair of wooden doors to cover the mikvah entrance and neatly obscured the doors with a throw rug and armchairs.

“It didn’t stop bothering us,” Oriya said to NBC.  “We knew we had to expose this for everyone to see and enjoy.”

After contacting the Israel Antiquities Authority (IAA) to excavate and document the site, the IAA awarded Oriya and Tal a certificate of appreciation on July 1.

The family and the IAA worked together to clean out the mikvah.

“Fortunately, and to our surprise, we found worthy partners in this fascinating journey.  The Antiquities Authority staff demonstrated great professionalism, practicality, and pleasantness.  They were entirely concerned with preserving the discoveries and studying them,” the family said.  (Ynet) 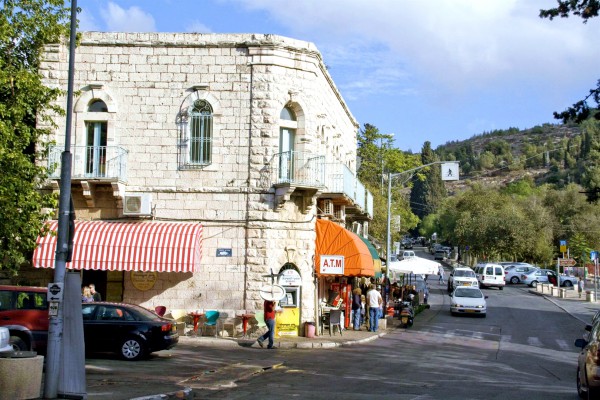 Ein Kerem is an ancient village in Jerusalem.

Also found on the mikvah floor were stone vessels common to the Second Temple period.  Stone vessels cannot become impure and, thus useless when they touch something unclean, as with clay vessels.

“If one of them [unclean animals] falls into a clay pot, everything in it will be unclean, and you must break the pot.”  (Leviticus 11:33)

Jewish people today still enter the mikvah to immerse in naturally flowing water for purification.  They also immerse new dishes and cooking utensils in order to maintain the purity of the food and drink from storage to consumption.

“Depart, depart, go out from there!  Touch no unclean thing!  Come out from it and be pure, you who carry the articles of the Lord’s house.”  (Isaiah 52:11)