“I am the LORD your God, who brought you out of Egypt to give you the land of Canaan and to be your God.”  (Leviticus 25:38)

UNESCO (The United Nations Organization for Education, Science and Culture) has named the Beit She’arim National Park—a spectacular site founded during the time of Herod in the last century BC—a World Heritage Site.

Because of its late founding, it’s not mentioned in the Bible.  The Sanhedrin (Jewish legislature and supreme council) moved to Beit She’arim (House of Two Gates) from Jerusalem after Rome destroyed the Second Temple in AD 70.

During the early third century, when Rabbi Yehudah HaNasi (Judah the Prince) compiled the Mishnah (rabbinic teachings on the Bible—the “oral law”), the area became a prosperous agricultural center.  HaNasi was head of the Sanhedrin and is also believed to be a descendant of King David, hence his title “the Prince.”

The Mishnah contains what is considered to be oral laws given to Moses at Mount Sinai.  There was previously an injunction against writing down the Oral Law, but with the destruction of the Temple and two failed Jewish revolts, it became increasingly important to create a permanent document due to the scattering of Jews from Israel and Judah into the Diaspora. 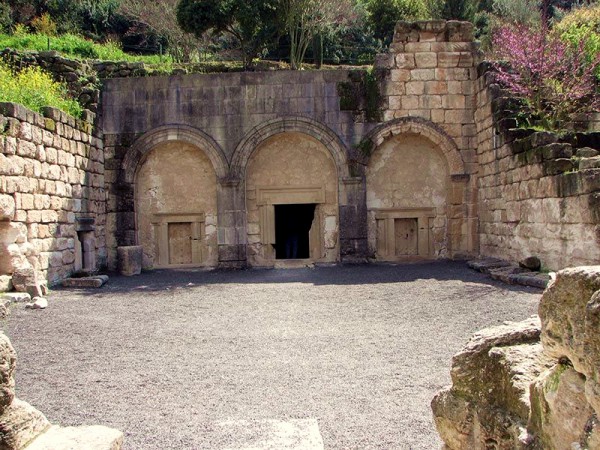 While the Mount of Olives in Jerusalem was the preferred site for Jewish burial, the Romans began barring burial there in AD 135.

Beit She’arim became the preferred place for rich individuals as well as rabbinic mishnaic scholars to be buried, including Rabbi Yehudah HaNasi in AD 217.  After his burial there, many wanted to be buried near him, which effectively transformed the village into a necropolis (Greek meaning City of the Dead).

This necropolis is part of the Beit She’arim National Park, which is located in Lower Galilee and includes 30 cave burial systems with a large number of ancient rock-cut Jewish tombs.

“This is the most important ancient Jewish cemetery, and it contains a wide variety of architectural burial styles, containing a varied wealth of Classical Oriental Roman art, combined with folk art, with hundreds of inscriptions in four languages — Hebrew, Greek, Aramaic and Palmyric,” said the Park Authority’s chief archaeologist Dr. Zvika Zuk. 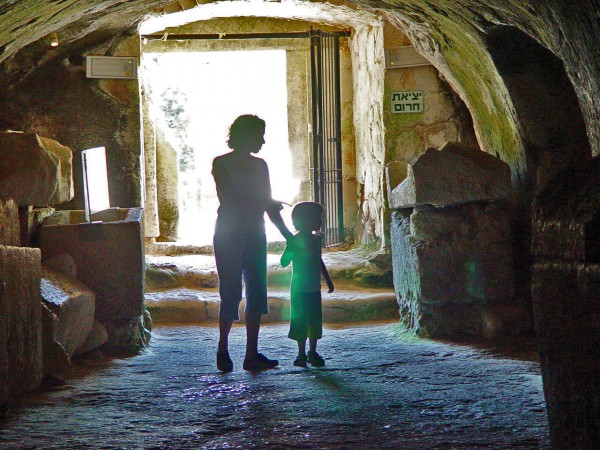 A mother and child visit the Cave of Coffins at Beit She’arim.  (Photo by Etan Tal)

Discoveries within the site provide further evidence against the claim of the Palestinians that Jews have no valid claim to the Land.  Tangible archaeological evidence supporting written historical sources have been uncovered.  Included among these findings are dozens of reliefs of menorahs and other holy Jewish objects.

Impetus for including the site on the list of World Heritage sites came from Israel’s ambassador to UNESCO and the OECD (Organization for Economic Co-operation and Development), Carmel Shama-Hacohen, and the Foreign Ministry’s department of international organizations.

When Israel proposed it as a UNESCO World Heritage site in 2002, the proposal stated, “The town’s vast necropolis, carved out of soft limestone, contains more than 30 burial cave systems.  Although only a portion of the necropolis has been excavated, it has been likened to a book inscribed in stone….  The wealth of artistic adornments contained in this, the most ancient extensive Jewish cemetery in the world, is unparalleled anywhere.” 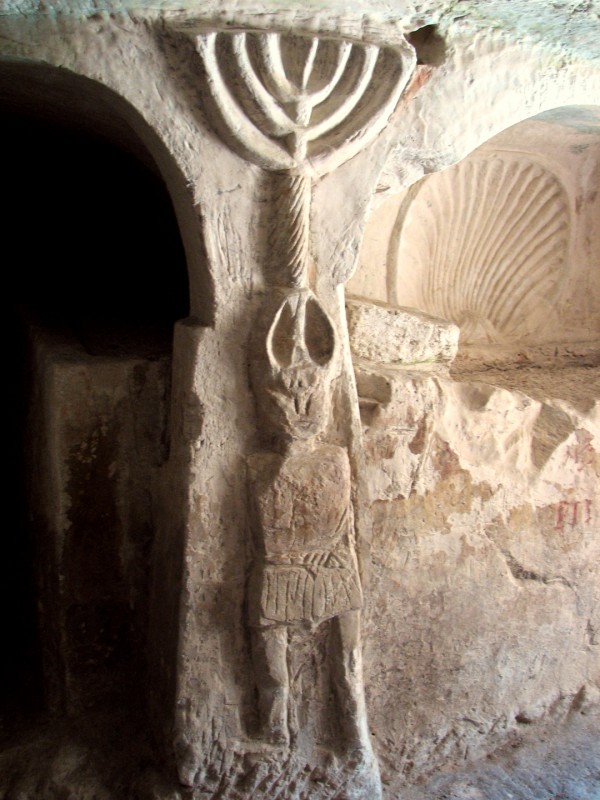 A relief in the Cave of the Warrior and his Menorah.

Of the 21 UNESCO members voting on the site, four adamantly opposed: Malaysia, Algeria, Lebanon and Qatar.  The latter three recently submitted a resolution to UNESCO requesting to keep the Old City of Jerusalem as an “endangered site” due to, “the persistence of the illegal excavations and works conducted by the Israeli occupation authorities and the extreme settler groups in the Old City of Jerusalem.”

In response, Dore Gold, Director General of Israel’s Foreign Ministry said, “As historical heritage sites of the region are being systematically destroyed by jihadist forces, such as the Islamic State in Syria and Iraq, UNESCO’s adoption of utterly false allegations regarding Israeli archaeological practices is misplaced and hypocritical, at best.”

First proposed as endangered by Jordan in 1982, the Old City of Jerusalem has stayed on UNESCO’s endangered list of 48 sites longer than any other.  The UNESCO committee voted last week 13–2 with five abstentions to keep it listed.

The irony is that “all religious sites are protected by law and freedom of religion.  Even the most disputed of those, the Temple Mount, is under the control of the [Jordanian] Muslim Waqf under an agreement to maintain the status quo,” stated media watchdog Honest Reporting.

“In fact, the biggest threat to the heritage of the Old City is from the Palestinians themselves who have carried out unsupervised excavations on the Temple Mount, destroying many priceless antiquities in the process.”