With over 1,200 active life sciences companies, and about 40 new ones formed each year, Israel continues to make enormous contributions to healthcare.  Many such groundbreaking devices were on display from November 16–19 at Medica 2015 in Dusseldorf, Germany, including a non-invasive blood glucose monitor for diabetics.

This particular glucose monitor is set apart from others in that it does not require a blood sample.

It can be used privately at home with results stored in the monitor, sent via Bluetooth to a mobile device or computer, or even through the cloud to a secure portal for access by monitoring physicians.

For diabetics who dread the regular pinpricks and pain of traditional blood-sugar monitors, Cnoga Medical’s non-invasive monitor will be a welcome change. 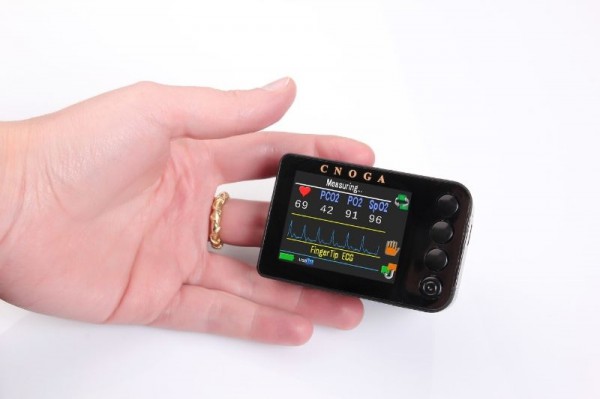 “In my free time, I took pictures of people with all kinds of skin colors.  I asked myself, ‘What, nonetheless, is the similarity between them?’  I tried to find all kinds of common denominators for all people’s skin,” Segman told Globes.

Through this research, Segman found that human skin color follows the same recipe as television screen color, which uses the primary pigments red first, then blue and green.  To ensure accurate readings of each person’s unique skin color, the Cnoga Tensortip Combo Glucometer tissue photography analysis is calibrated to each patient during a two-week monitor training process.

Segman built his first working prototype from a wedding-ring box, which he presented to Texas Instruments (TI).  At his initial meeting with TI, the device “produced results that were similar to all the sophisticated monitors,” Segman told Globes.  The prototype not only monitored blood-sugar levels, but heartbeat, skin-collagen quality and skin resistance.

TI is now producing the processors that drive the monitor.  Segman also raised $8 million from the technology giant and other investors to further develop the sensor’s capabilities.

Where Europeans have bought the Cnoga product, Segman said, “no one has asked for their money back.  We’re the first company in the world to sell non-invasive blood sugar monitors.” 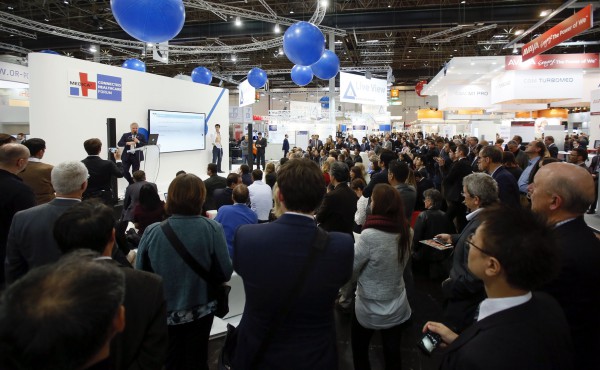 In the United States, Cnoga Medical has received approval from the US Food and Drug Administration for its devices that take blood pressure and measure pulse, but not yet for measuring sugar levels, which will likely need to undergo clinical trials in the US first.

Nevertheless, Segman says, “We want to conquer the home blood-pressure and blood-sugar markets.”

In a press release for the Medica 2015 conference, the privately held Cnoga Medical with offices in Sao Paolo and Shanghai is described as “one of the first worldwide developers and manufacturers of non-invasive, pain-free medical measurement devices for various medical conditions including diabetes, hypertension, respiratory, cardiovascular and other disease[s], aimed at improving patient quality of life.”