“But you are to seek the place the LORD your God will choose from among all your tribes to put His Name there for His dwelling.  To that place you must go.”  (2 Chronicles 7:12)

Ancient mosaic tiles that cover the rock on which the two ancient Jewish Temples stood are being excavated by the Islamic Waqf authority without archaeological supervision.

Although such work must first be reviewed by the Ministerial Committee on Archaeological Digs at Holy Sites and approved by the Israel Antiquities Authority, especially in a case such as this where heavy equipment is involved, no permits were requested or acquired prior to the work inside the Dome of the Rock.

Many are now expressing great concern that Temple Mount excavations will irreparably damage the foundations of the Second Temple, which lie beneath the Dome, as well as any artifacts buried there.

“These works are unprecedented and warrant the review of the Ministerial Committee on Archaeological Digs at Holy Sites, and the fact that there is heavy machinery involved makes this all the more pressing,” construction minister Uri Ariel wrote in a letter to Prime Minister Benjamin Netanyahu.

“There is no need to elaborate on how important this site is, where every modification, every excavation with heavy equipment can cause irreparable harm to the foundations of the Temple,” Ariel said.

“Likewise, there is no need to elaborate on how this violates the law and the sovereignty of the state, making it look as if Israel has no jurisdiction there.  I would ask that you instruct the Israel Police to prevent any further activity on the site.”  (Israel Hayom) 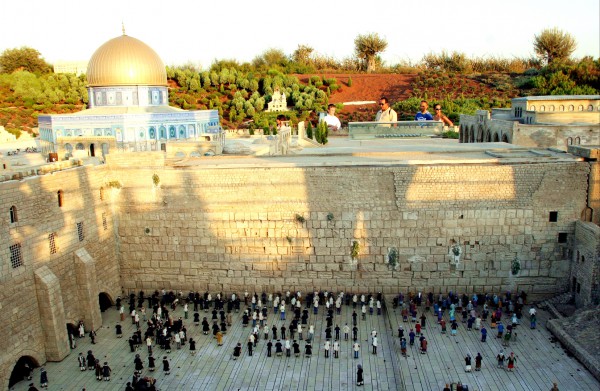 This model of the Temple Mount with the Dome of the Rock reveals the close proximity of the Western Wall to the spot where the ancient Jewish Temple once stood.  (Go Israel photo)

The Waqf allegedly was replacing the carpet with one being provided by the Kingdom of Jordan.  Temple Mount activists reported that during the work the floor revealed mosaics from different periods.  During the excavation, the mosaic floor over the rock as well as the cave underneath were damaged.

It was only through leaked photos taken by Muslims during the operation that the matter came to light.  (JP)

Israeli archaeologist Tzachi Devira complained that the illicit work and resulting destruction of the tiles removed from archaeologists the opportunity to view and photograph the mosaic floor.

The police had barred entry to Devira during the operation.

Devira is director of a project involving the sifting of debris from the Temple Mount, much of which must be gleaned from garbage dumps to which the Waqf assigns debris taken from the Mount.  He said that the police had illegally allowed the Waqf to carry out their work without supervision.

This led Devira to make an appeal to Minister of Housing Uri Ariel to intervene with Prime Minister Benjamin Netanyahu to stop the operation out of fears that damage would be done to the Temple site itself as the Waqf tries to cover up any evidence of an ancient Jewish presence on the Temple Mount. 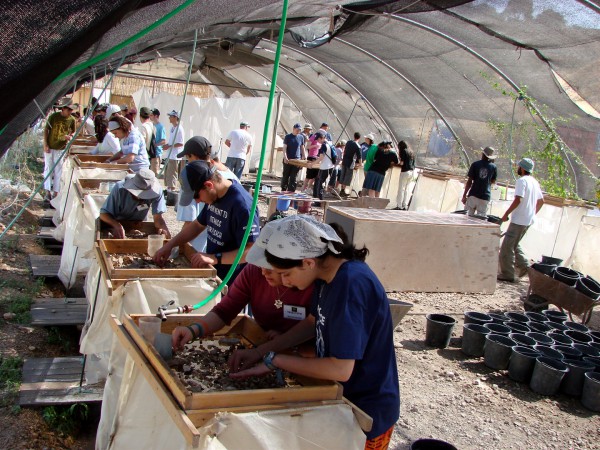 At that time, as many as 400 dump trucks full of dirt were removed from the site with no archaeological review.  This led to the Temple Mount Sifting Project where the dirt is being sifted for any artifacts from Temple times.

The Waqf has been systematically working to remove any evidence of an early Jewish presence on the Temple Mount.

The Temple Mount is the holiest site in Judaism and the third holiest in Islam.

Although Jews have been granted access to the Temple Mount by court rulings, they are still prevented from praying or performing any religious rituals there.

Over Passover in Jerusalem, observant Jews experienced much difficulty viewing the Temple Mount.

Tom Nisani, an advocate for freer access to the holy site said, “We expected the police to do their job and let groups of Jews in on Sunday and Monday, but basically all the Jews with a kippa or tzitzit were put aside at the bottom of the bridge and told to wait while Christians and other visitors were allowed directly in.”

Claiming a threat of Arab violence, the police only allowed small groups of Jews access.  Meanwhile, the rest were forced to sit and wait in the hot sun.

Those Jews who did tour the Temple Mount were harassed incessantly by crowds of shouting and chanting men, women and children. 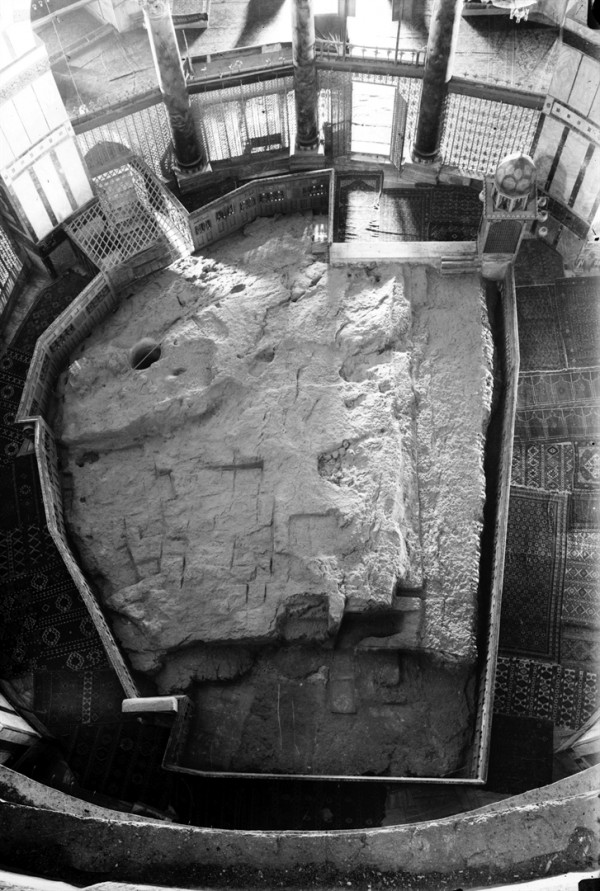 At the heart of the Dome of the Rock on the Temple Mount is the Foundation Stone. This stone is traditionally considered the holiest site in Judaism since the Holy of Holies was thought to be located on it. It is, therefore, believed to be the spiritual junction between Heaven and Earth.

The rock is known as the Even HaShetiya (Foundation Stone) and is believed by Jewish religious mystics to be the very rock from which the world was created.  The mystical writings of Rabbi Shimon Bar Yochai declare:

“The world was not created until God took a stone called Even HaShetiya and threw it into the depths where it was fixed from above till below, and from it the world expanded.  It is the center point of the world and on this spot stood the Holy of Holies.”  (JP)

In addition to forming the foundation of the two Temples, it is also traditionally believed to be the stone on which Adam and Eve were created, and on which Cain, Abel, Noah and Abraham offered sacrifices including the Akedah (Binding of Isaac).

“I have chosen and consecrated this temple so that My Name may be there forever.  My eyes and My heart will always be there.”  (2 Chronicles 7:16)