“‘When you hear of wars and uprisings, do not be frightened.  These things must happen first, but the end will not come right away.’  Then he said to them:  ‘Nation will rise against nation, and kingdom against kingdom.'”  (Luke 21:9–10)

The largest contributor to terrorism in the Middle East and in the Palestinian territories is pledging unfailing support to continue the wave of terror against Israel. 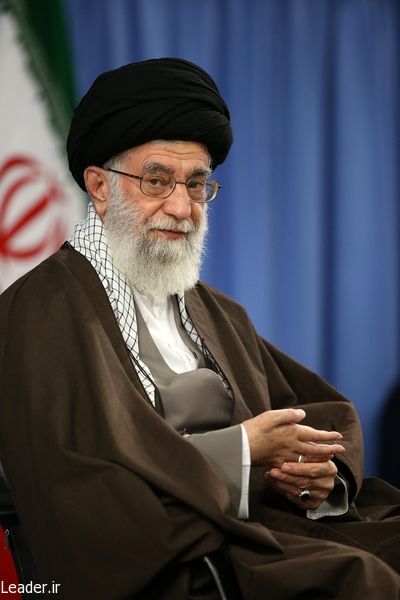 According to Iran’s “supreme leader,” whose speech before a group of Basij commanders (Iran’s voluntary militia) on Wednesday was broadcast by Iran’s Press TV, “the intifada (uprising) of Palestinian people in the West Bank has started.”

Khamenei told the commanders:  “We cannot remain indifferent in the face of the conflict between the camp of arrogance and the camp of values and independence-seeking.”  (Tehran Times)

“The media label the people, who hurl stones in protest against the occupation of their land and annihilation of their houses, as terrorists, while branding the acts of a certain group who has ruined the lives and reputation of Palestinians as acts of self-defense,” Khamenei said.  “We will continue to defend the Palestinian people’s movement in all possible ways and as long as needed.”

Despite this support of violent activism, Khamenei also rejected the notion that beheading and torching people is Islamic, stating, “Islam is the religion of fraternity, kindness and seeking the best for others.”  Genuine Islamic ideologies, he said, are “moderate and sensible.” 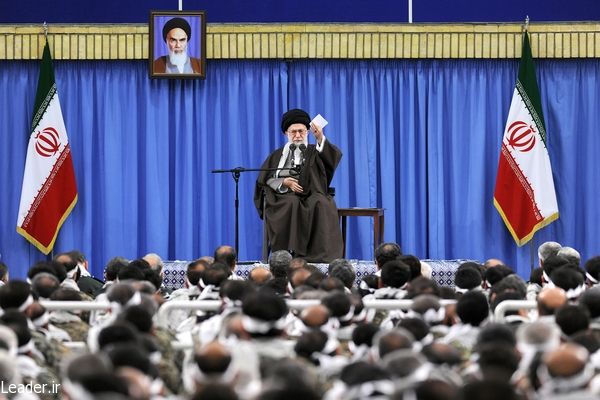 Khamenei addressed a group of Basij commanders (Iran’s voluntary militia) telling them that the Palestinian uprising in Judea and Samaria has begun.

Associate professor Mkhaimar Abusada of Gaza’s Al-Azhar University praised Khamenei telling Press TV Wednesday, “Iran is definitely one of the main supporters of the current Intifada.”  Without Iran, the “Palestinian resistance would have not been able to stand.”

Abusada applauded Iran for backing “Palestinians politically, financially and militarily” since Iran’s 1979 Islamic Revolution, which pushed out the Shah who was resented for dictatorial policies and authoritarianism and established Iran’s current anti-Western regime.

The United States Treasury Department is aware of Iran’s funding and facilitation network, which includes, according to Abusada, a pledged $750 million to Hamas and other terror groups in 2006 “to stand against Israeli occupation, Israeli settlement expansion and other Israeli measures against the Palestinians.” 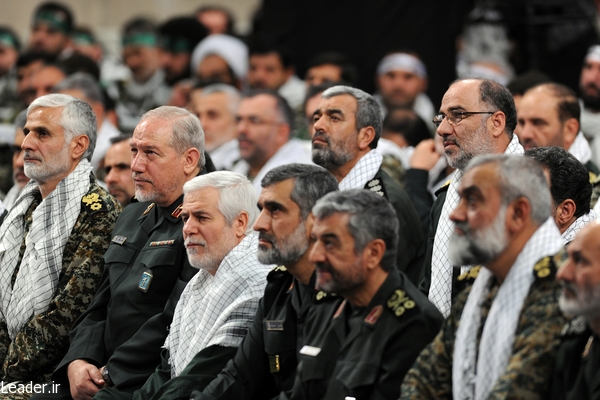 Sadly, the Islamic goal is far larger than stopping the so-called “occupation” or creating two states.

The goal of Iran and the Islamic movement in the region is a removal of Israel from the map of the Middle East through acts of terror and any means possible.

In fact, thousands of Iran’s powerful Revolutionary Guards and its Basij militia this month participated in mock drills and exercises simulating the capture of Jerusalem’s Temple Mount, the site of the First and Second Temples.  The Mount is Judaism’s holiest site and Islam’s third holiest.

Paramilitary helicopters, drones and Tucano planes bombed hypothetical enemy positions before ground troops captured a replica of the Dome of the Rock, which was set up at the top of a mountain. 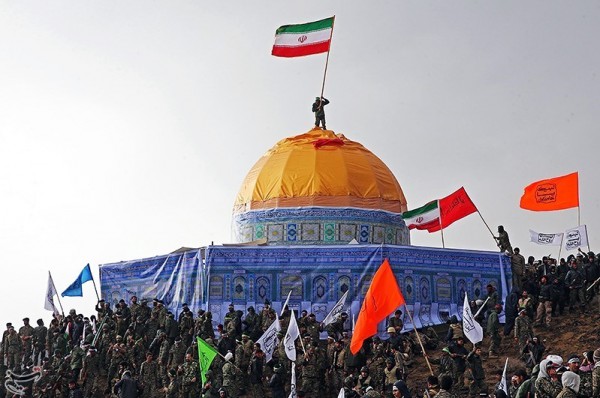 The State Department acknowledged that in 2014, Iran’s support of terrorism was “undiminished” via both its proxies (Hezbollah, Hamas, etc.) and the Iranian Revolutionary Guards Corps, which the Treasury Department marked in 2007 for involvement in terrorism.  (Clarion Project)

US President Barack Obama told The Atlantic magazine this May while in negotiations on the nuclear arms deal that Iran continues to back terror despite sanctions.

As the “largest state sponsor of terrorism,” according to the US government, Iran is known to support the following terrorist groups:  Al-Qaeda, Hezbollah in Lebanon, Gaza-ruling Hamas, the Palestinian Islamic Jihad and the Popular Front for the Liberation of Palestine-General Command, as well as Syrian President Bashar al-Assad’s regime and Shiite militias in both Bahrain and Iraq, writes Clarion Project.