Merkel: Now’s Not the Time for Two-State Solution

“I have listened attentively, but they do not say what is right.  None of them repent of their wickedness, saying, ‘What have I done?’  Each pursues their own course like a horse charging into battle.  Even the stork in the sky knows her appointed seasons.”  (Jeremiah 8:6-7)

“Now is certainly not the time to make really comprehensive progress, but you can achieve improvements in certain places,” she declared at a joint press conference with Prime Minister Benjamin Netanyahu last Tuesday.

“The European Union, and Germany as a member state, is very concerned about seeing things realistically,” Merkel said.  “We know the threat of terrorism that Israel has to endure.  We believe, on the other hand, that we have to advance a process of peaceful coexistence, and this, according to our opinion, is ultimately built on a two-state solution.” 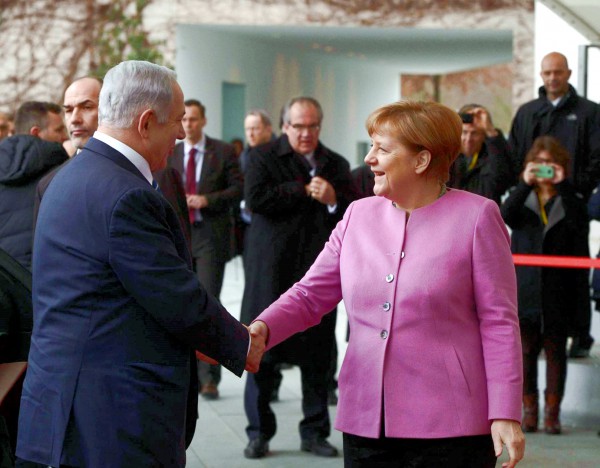 Meanwhile, Palestinians have no interest in sitting down to negotiate.

“We will never go back and sit again in a direct Israeli-Palestinian negotiations,” Palestinian foreign minister Riyad Al-Malki said last Monday during a press conference in Japan.

Netanyahu called the French threat “bizarre,” as it places no pressure on the Palestinian Authority to meet the Israelis at the negotiating table.

“If the Palestinians know that their conditions will be accepted a priori, and they don’t have to do anything, then certainly there is an internal contradiction and they will not do anything,” Netanyahu said. 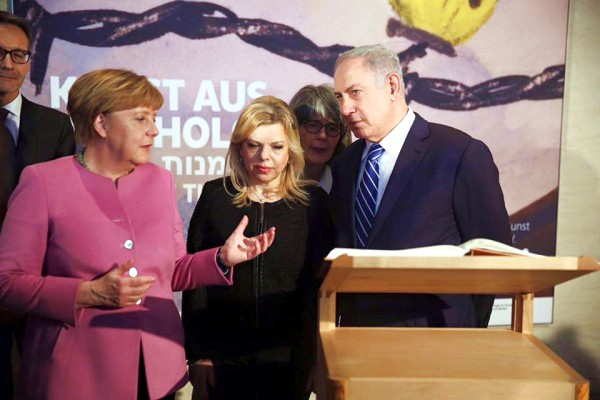 With the PA’s goals already promised by France, there would be no need to make compromises for a two-state solution, such as recognizing a Jewish state or ceasing the support of terror or incitement to terror.

If Fabius’ plan is instituted, the Palestinian leadership would also avoid needing to ensure that Daesh (the Islamic State) or Hamas would not assume authority or control over land from which Israel would withdraw.  (JPost)

Without consequences or equal pressure on the PA to “recognize the ‘state of the Jews,’” and to show that they “really intended to end the conflict” with Israel, Netanyahu said, it is ensured that “a conference will fail.”

France’s expected peace conference will be convened in Paris this summer after a planned “international support group” to be attended by both the Israelis and the Palestinians.

Netanyahu stated his oft-repeated conviction that peace will come “through negotiations without precondition, directly between the two sides.  That is the real way, and anyone who tries to divert from that path will not advance successful negotiations.” 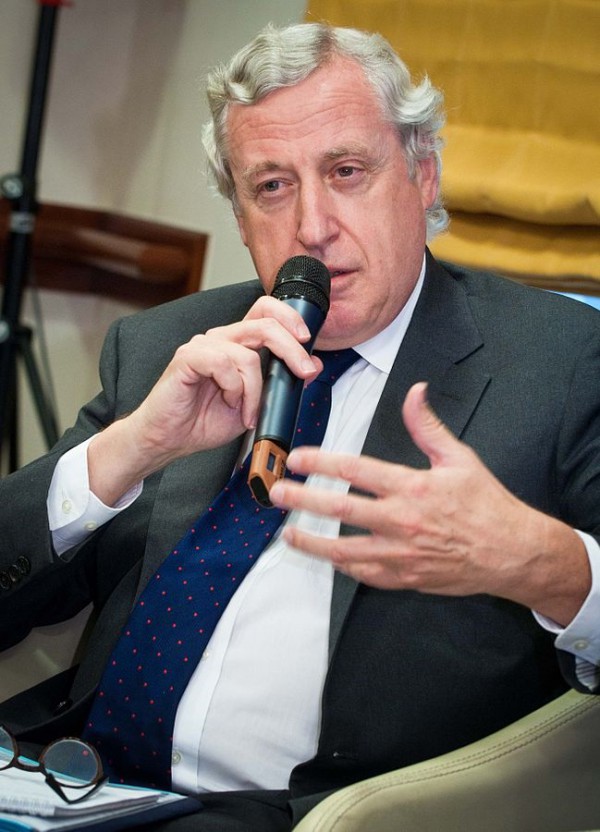 Also on Tuesday, the Israel Foreign Ministry’s deputy director-general for political affairs, Alon Ushpiz, met directly with French ambassador Patrick Maisonnave in Jerusalem to discuss the objectives and method of the French plan.  At the meeting, Maisonnave announced the appointment of special envoy Pierre Vimont to the peace conference.

The German chancellor rejected the French plan, affirming on Tuesday that the PA factions have refused to express good will and continue to act with animosity toward Israel.

Merkel also noted to the press that her country’s relations with the Islamic Republic of Iran are contingent upon Iran’s recognition of the State of Israel. (Times of Israel)

“We made very clear — the federal government, all parties that make up the coalition — that there cannot exist normal, friendly relations with Iran as long as Iran doesn’t recognize Israel’s right to exist,” Merkel said.

The chancellor stated that in Germany’s communications with Iran, “there is [a] difference between friendship and talking to each other.”  Germany has emphasized its position to Iran “in all conversations,” she said.

Meanwhile, talks between Israel and Germany have come in the spirit of “facing the same challenges,” she added, noting that they have “discussed how to fight Islamic State and how it is possible to stop the terrorist threat.”

Netanyahu also relayed to the press that Israel “must be treated fairly” because “we are not the root of the problem in the Middle East; we are part of the solution.”