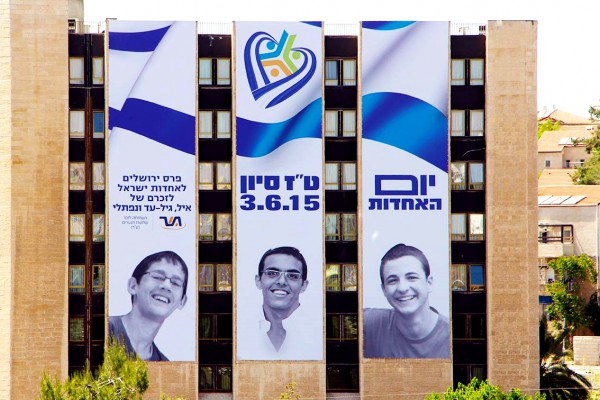 On Wednesday Israel marked the anniversary of the three teens, who were slain a year ago while hitchhiking home from school, with the first annual Unity Day, a day for Jewish People to unite despite differences.

“There are many rifts and tears which need repair, many pains and insults, old and new, but we saw this people at its best, and we know what we are capable of,” Rachelle Fraenkel said Wednesday evening remembering the solidarity throughout the anxious weeks during the search for the missing teens and during the mourning period that followed.

She spoke at a special ceremony at the President’s Residence to promote national unity in memory of her son Naftali Fraenkel, who along with Gilad Shaer and Eyal Yifrah, was kidnapped and murdered last year by Hamas terrorists.

“Unity is an issue of national security, but also of national hope.  As different as we may be, we have a shared future and, together, it is a good one,” she said. 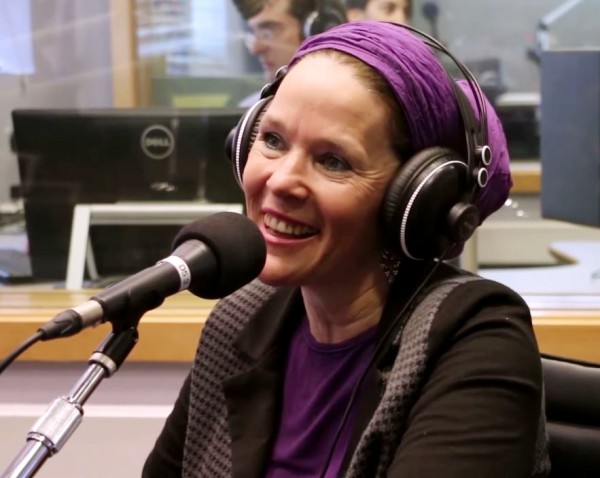 Rachelle Fraenkel shares how the grace of Adonai sustained her and all the parents through the tragic murder of their sons by Hamas terrorists.  She also explains how wonderful it is to be a witness of the many organizations and people who promote tolerance and solidarity.  (YouTube capture)

“The kidnappings of our boys marks one of the more difficult moments in Israel’s modern history.  But the reality is that out of this bitter tragedy came a spirit of unprecedented unity among the Jewish people,” the parents said.  (JPost)

“Our commitment is to ensure that this sense of unity remains alive.  This was the mission of Unity Day, and we are so moved and encouraged by the global response.”

In honor of the three slain teens, the first annual Jerusalem Unity Prize was awarded to several organizations and individuals identified as being leaders in promoting unity in Israel and in strengthening Israel-Diaspora ties.  (Times of Israel)

“Thanks to the prize winners, we are reminded that mutual responsibility, unity and solidarity are important challenges during difficult times and even during mundane times,” Israeli President Reuven Rivlin stated.

“In memory of Gil-ad, Eyal and Naftali, we mark the first ever Unity Day in Israel and send out unconditional love and love for our nation from Jerusalem to all ends of the earth,” Jerusalem Mayor Nir Barkat said.

The families of the slain teens stand with Jerusalem Mayor Nir Barkat and the Jerusalem Unity Prize winners.

The Unity Prize website explains that “the underlying goal and vision of the prize is to acknowledge the efforts and accomplishments of those who work to advance the critical importance of Jewish unity, and inspire tolerance and mutual respect across the Jewish world—promoting acceptance of those who think, act or live differently.”

Four prizes were awarded.  The first went to an organization in the Diaspora—Chabad House in Bangkok Thailand, which is known for the support they give to the many Israeli backpackers who visit Thailand each year.

A second award went to an organization in Israel: Nifgashim BeShvil Yisrael promotes unity between members of Israeli society through sponsoring an annual hike along the Israel Trail that stretches from Eilat in the south to She’ar Yashuv in the north.

Events during the anniversary included unity-themed gatherings and educational programs.  Yeshiva (Torah academy) students visited secular schools throughout the country in a day of dialogue and song.

Students from the Mekor Haim yeshiva where two of the three boys studied, Gilad Sha’ar and Naftali Frankel, held a Unity Day  designed to unify religious and secular youth in honor of the three.  Eyal Yifrah was the third murdered teen.  (Arutz 7)

“We decided to do this as a yeshiva and as friends,” explained one of the organizers.  “Apart from the pain, stories and longing, [we wanted to] see what can be built from this and what we can do next.”  (Arutz 7)

Voicing support for the outreach,  Minister of Education MK Naftali Bennett noted that the Jewish state which existed two thousand years ago was destroyed through differences between warring Jewish factions.  Efforts like this help to ensure a strong future for Israel.  (Arutz 7)

An estimated million people throughout Israel and in Jewish communities overseas in 20 different countries participated in the event, which is founded on the spirit of unity that arose at the time of the kidnapping when Jews of all backgrounds around the world came together to pray for the teens’ release.

Unity Day goes was founded following the period of mourning after the discovery of the bodies of the murdered youth when Jerusalem Mayor Nir Birkat visited the grieving families, asking what could be done to preserve their memory.

Working with an established unity organization, Gesher, and with the blessings of then president Shimon Peres, Jewish Unity Day was birthed for the promotion of tolerance and cooperation among various sectors of Jewish people in Israel and the Diaspora.  (JPost)