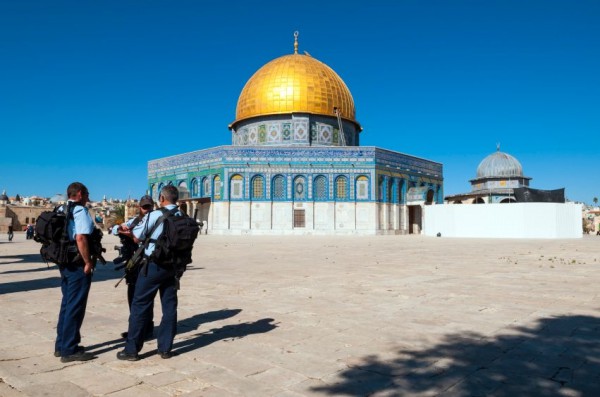 While Jews are often allowed to ascend the Temple Mount, they are closely watched to ensure that they do not pray or wear traditional religious items related to prayer, such as prayer shawls or phylacteries.

Last week, American legislators visiting Jerusalem saw firsthand the bias against Jews on the Temple Mount, the site on which the First and Second Temples once stood.

The Temple Institute’s director, Rabbi Chaim Richman, organized a visit for Congressmen Andrew P. Harris and Ron DeSantis with a group of Jewish worshipers to the Mount.

The congressmen personally witnessed how “outwardly looking Jewish groups are singled out and accompanied by both Jordan Islamic Waqf guards and Israeli police officers that scrutinize their behavior for signs of prayer or non-Muslim worship,” reported a Temple Institute statement.

“I’m actually surprised that access is so limited and especially, really, the discrimination against Jews above any other religion that visits the Temple Mount,” said Harris on his Temple Mount visit May 14.  “It surprises me as an American believing in religious freedom that that would exist.”  (The Temple Institute)

For Jews to secure a visit to Judaism’s holiest site is a trial, and when they do, they face a heavy-handed ban against prayer or worship enforced by hawk-eyed guards. 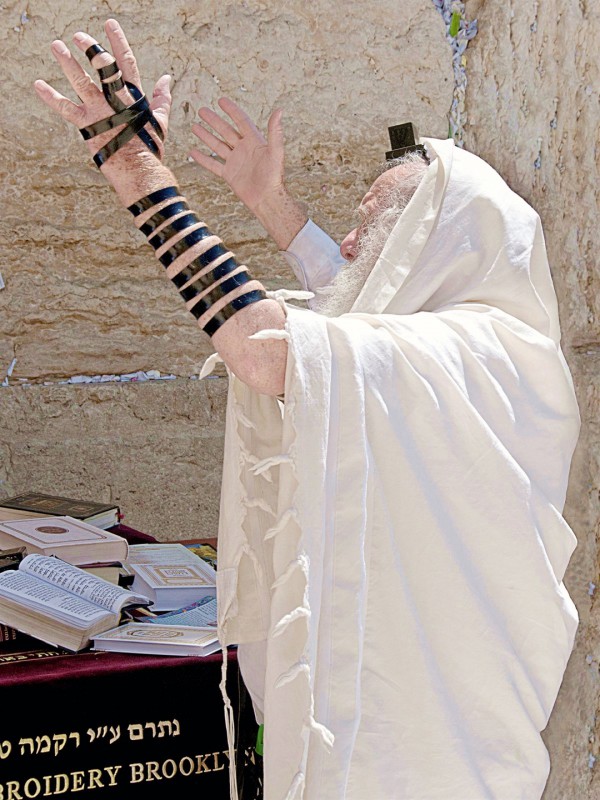 Richman said in an official statement that the visiting legislators were joined by Islamic Waqf guards and Israeli police officers who prevented non-Muslim prayer, and an Israeli intelligence officer who “filmed their every move for much of the visit.”  (Algemeiner)

To foster co-existence on the Mount, two Knesset members from opposite ends of the political spectrum—Likud MK Miri Regev and Labor MK Hilik Bar—plan to submit a bill that would allow Jews to pray on the Temple Mount, as well as wear the currently banned tefillin (phylacteries) and a tallit (prayer shawl).

“I insisted the authority of the Muslim Waqf not be harmed, but Muslims must understand that we also have a right to pray there.  I see in these holy sites the cradle of our existence,” Bar said.

“The time has come once and for all to neutralize the explosive political issue of Jewish prayer on the Temple Mount,” Bar said.  “There is no reason that every time a right-wing MK ascends the mount to pray there will be a political drama with a third intifada threatened.  There needs to be a new order in which everyone respects the rights of the other side.”  (JPost)

“There is no reason that Jews should not be allowed to pray in the holiest site in the world,” Regev said.