Violence Against Jews on the Rise in Jerusalem 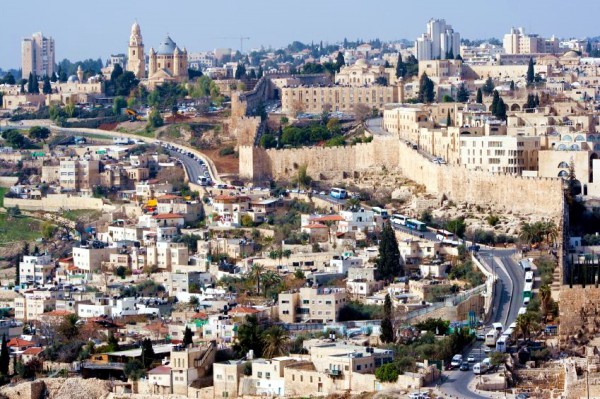 Violence against Jews is on the rise in Jerusalem.

A security contractor reported 157 acts of nationalistically motivated assaults during March, more than those reported for each of the three previous months.

Jewish neighborhoods in Jerusalem’s Old City are secured by private contractors using a network of 300 closed-circuit cameras in addition to hundreds of regular police officers who routinely patrol the area. 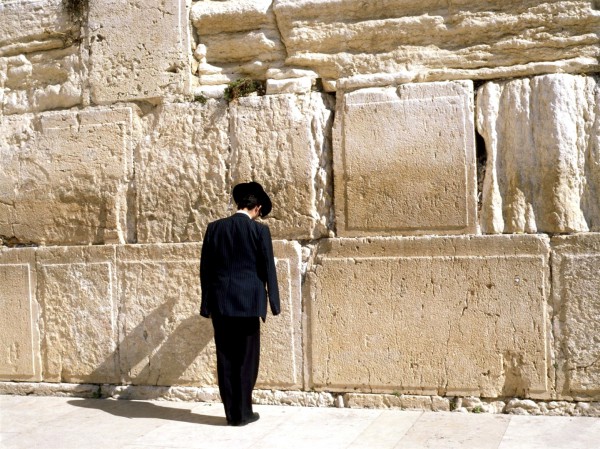 An Orthodox Jewish man prays at the Western Wall in Jerusalem.

On Yom Yerushalayim (Jerusalem Day), Arab youth rioted at the Temple Mount as thousands of Jews gathered at the Western Wall to celebrate the anniversary of the reunification of Jerusalem in the 1967 War. 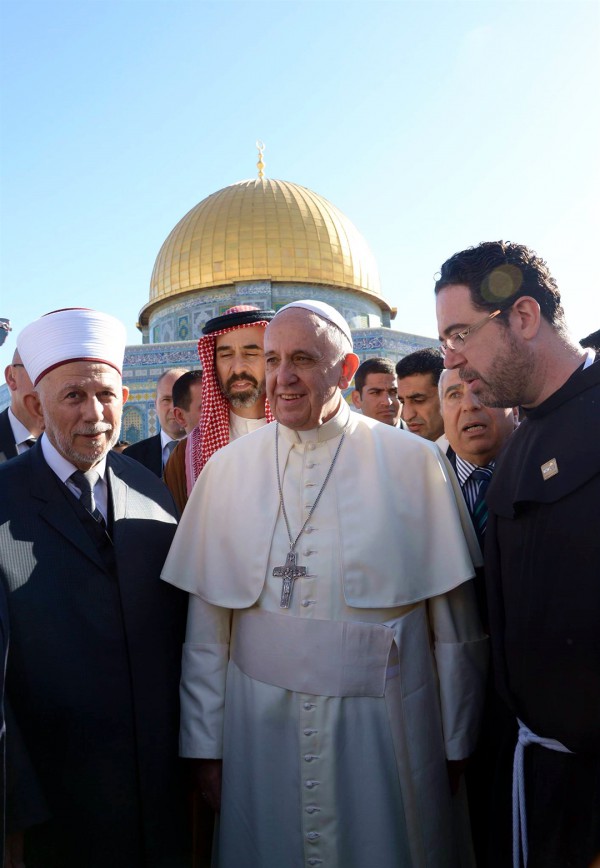 Police were attacked by a mob with stones and bottles forcing them to respond with stun grenades to disperse the crowd.  (JPost)

That rioting came just days after the Pope’s visit to the Temple Mount.

During his visit, the Pope implored Arab religious leaders including Jerusalem’s grand Mufti Muhammad Hussein to disavow the use of violence and work together with the Jews for justice and peace.

“May we respect and love one another as brothers and sisters,” the Pope said.

“May we learn to understand the suffering of others.  May no one abuse the name of God through violence.”  (JPost) 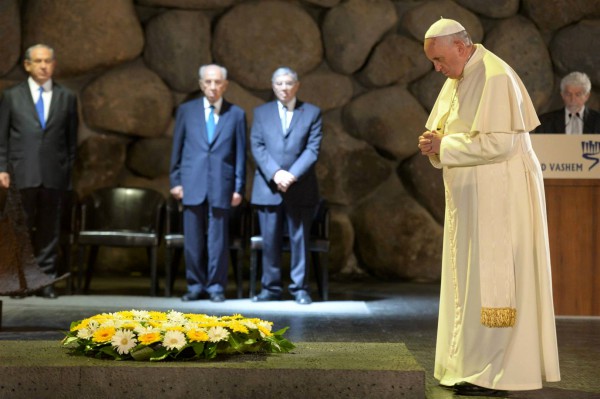 Palestinian violence, of course, is not limited to Jerusalem.

On Friday, a foiled suicide bomb attempt at the Tapuach Junction near the Samarian community of Ariel led to an area-wide manhunt for the terror cell behind the attack.

It is believed that at least three other terrorists are involved.  There is concern that additional attacks will be attempted since the group is thought to possess additional bomb belts and other weapons.

The suspect aroused suspicion because he was wearing an unusually large coat in the heat.  He was arrested when he refused to remove it.  The arrest took place before any damage could be inflicted. 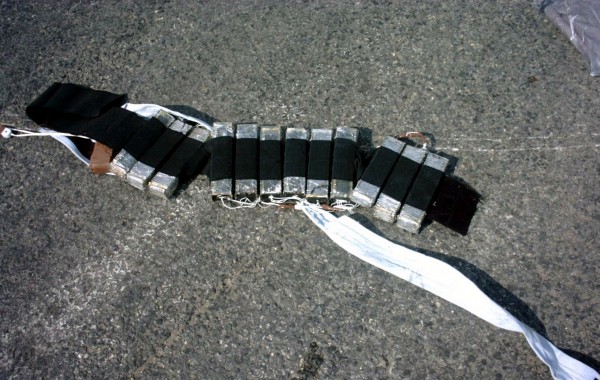 This explosive belt was discovered in 2002 when an IDF reserve force stopped a car for a routine check at Tapuach Junction.

Tapuach Junction has recently become a target for terrorists.  Last April, a man who planned to attack an Israeli soldier with the knife he was carrying was stopped.  (Arutz 7)

Noting that such acts reveal that the Palestinians do not really want peace, Gershon Messika, head of the Samaria Regional Council told Israeli National News, “This is a serious rise in intensity in the attempt of the Palestinians to harm innocent civilians.”

He added that it is time to recognize this and to rebuke anyone who blames Israel for the failure of the peace talks.

Included among those who have blamed  Israel are the Palestinian Authority’s chief negotiator Saeb Erekat, as well as US President Barak Obama and US Secretary of State John Kerry who cite the construction of new settlements in the West Bank as the main reason for the failure.  (NY Times)