Germany to Reprint Mein Kampf for the First Time

“You will leave your name for my chosen ones to use in their curses; the Sovereign Lord will put you to death, but to his servants he will give another name.”   (Isaiah 65:15)

“Mein Kampf was Hitler’s blueprint for what later became his war for world domination and for the extermination of the Jews and others,” the Anti-Defamation League (ADL) states in an Amazon Review.

A tragic irony in his book is that Hitler charged the Jewish People with wanting to dominate the White race and that lie became a foundation stone to rally the Nazis into exterminating them.

Hitler wrote Mein Kampf from prison eight years before taking power in Germany; he was imprisoned after a failed Nazi coup d’état in 1923.

In his book, Hitler laid out “his megalomania, his conspiratorial obsession with Jews and his lust for power.   For all who claimed they didn’t know, all they had to do was read Mein Kampf to know of Hitler’s intentions,” the ADL reports. 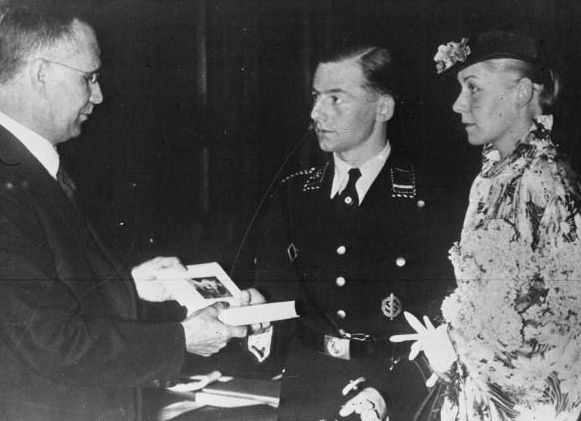 Chancellor Hitler gives a copy of his book Mein Kampf to a newlywed couple during a wedding ceremony in Germany in 1936.  Every couple was to receive a copy of it on their wedding day.

The book’s first German-language reprint is expected in early 2016 with the expiration of the original copyright this December.  The copyright holder is the Free State of Bavaria, which has to date blocked all moves to officially reprint the 700-page book in Germany, even though Mein Kampf has existed in various formats and translations for years around the world.

As of February 26, 2015, English translations of Mein Kampf take the fourth and the 10th top paid-book spots in iTunes’ category for “Politics and Current Events.”  Last January, ABC News reported that the two e-versions were ranked at 12th and 15th.

The new German edition has been expanded at the request of Germany’s 16 Justice Ministers to include about 4,000 historical notes and annotations, reports The New York Times.  The 2,000-page reprint is being developed and will be published solely by The Institute for Contemporary History, a taxpayer-funded research center in Munich, Germany.

“The book is most evil; it is the worst anti-Semitic pamphlet and a guidebook for the Holocaust,” said the president of Central Council of Jews in Germany Charlotte Knobloch.  Her opposition to the reprinting “has grown tremendously after hearing Holocaust survivors’ outrage,” she added. 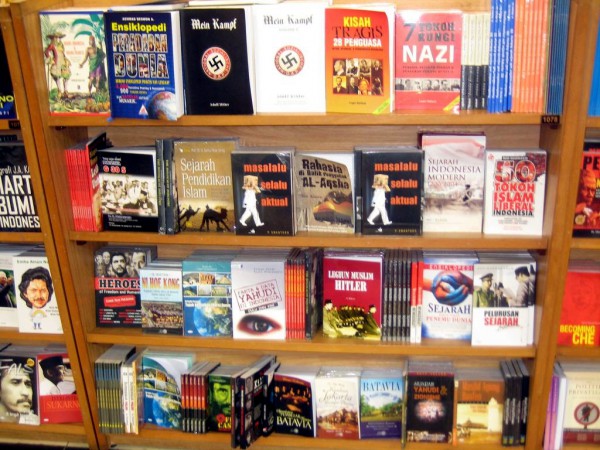 Copies of Mein Kampf for sale in Indonesia

But it isn’t only Jewish groups and Holocaust survivors that oppose the reprint.

“This book is too dangerous for the general public,” said library historian Florian Sepp to Anthony Faiola of The Star regarding a restricted first edition Mein Kampf she laid before him at the Bavarian State Library this February.

The 2016 edition is deeply controversial, “stirring an impassioned debate over history, anti-Semitism and the latent power of the written word,” Sepp said.

Some, however, see the reprint as a tool to delegitimize Holocaust denial.

The Telegraph’s Tim Stanley defends the reprint as being a “useful weapon against the Far Right.”

“The Far Right often try to whitewash the Nazi era by claiming that a) the Holocaust never happened, b) what little persecution of the Jews that did take place did so without Hitler’s direct order, and c) the Third Reich was the victim of Western aggression and never wanted a world war.  Reading Mein Kampf  rubbishes all these claims,” Stanley says.

“The challenge of reading Mein Kampf in hindsight is to try to understand how something so obviously wrong and so clearly the product of a broken, third-rate mind could bring about the Götterdämmerung [disastrous collapse] of Europe,” Stanley continues. 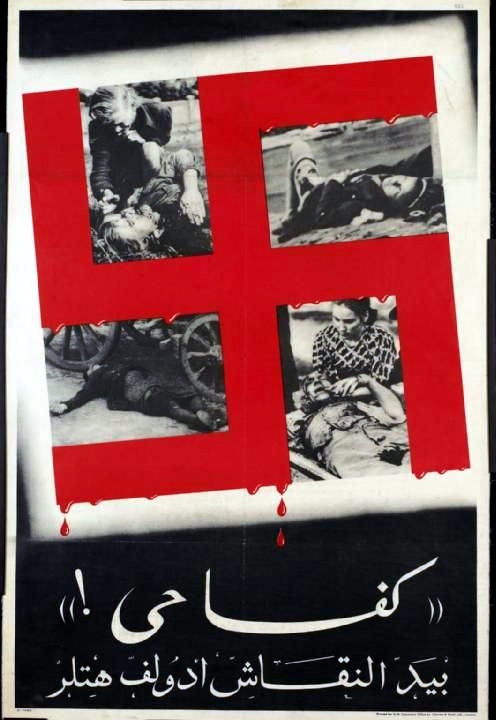 Yet, in January 2014, World Jewish Congress CEO Robert Singer remarked, “While the academic study of Mein Kampf  is certainly legitimate, the spike in e-book sales likely comes from neo-Nazis and skinheads idolizing the greatest monster in history.”

In addition, Mein Kampf has become a best seller in many areas of the Arab and Muslim worlds where it is entitled My Jihad, evolving out of multiple Arabic translations of the book beginning as early as the 1930s.

“… the original wording was changed in order to cater to Arabs who are also Semitic, such as changing ‘anti-Semitic’ to ‘anti-Jewish’ and toning down arguments for the supremacy of the ‘Aryan race.’  And Hitler agreed to these modifications,” writes a June 23, 2013 article by Rachel Molschky, “… anything that is against Jews is going to sell like hotcakes in the Arab world.  Anti-Semitism is higher there than anywhere else.”

“Holocaust denial is also higher there than in the rest of the world, which is somewhat hypocritical since they’re such fans of Hitler,” Molschky adds.

“Arabs are not alone.  It is a Muslim favorite, and Bangladesh is a perfect example,” Molschky states, linking to a 2009 CrethiPlethi article that identifies a teenage street hawker who sells five or six copies of Mein Kampf to “educated” commuters on a typical day.