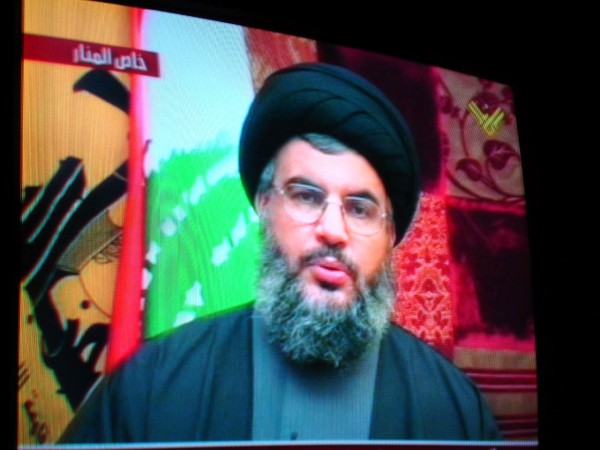 “Our rockets combined with the ammonia storage facility in Haifa will create the effect of a nuclear weapon,” the Lebanese terrorist group leader said at a memorial event in Beirut.  “Haifa has 15 tons of ammonia, and any Hezbollah missile attack will turn them into a nuclear bomb that would cause the deaths of tens of thousands.”

Nasrallah added that Hezbollah has the capability of targeting anything, anywhere in the State of Israel.  (CBS News)

“Hezbollah is the organization with the most significant capabilities with regard to Israel,” said Israel Defense Forces (IDF) Chief of General Staff Maj. Gen. Gadi Eizenkot on Wednesday.  However, he added that Israel has “effective deterrence” against any threat that is issued.  (Army Radio, Israel HaYom)

In response to Nasrallah’s threat, the city of Haifa issued a wry word of appreciation.

“We will continue to fight with all the means at our disposal for the safety and health of residents of the north,” the city said in a statement.

“We do not think that the country should be run according to Nasrallah’s haughty speeches, but we are happy that he is assisting in bringing this most important and worrying issue to the agenda, even if it comes from a frightened man who has for years been hiding in a bunker in Lebanon,” the city said.

Israel’s Environmental Minister Avi Gabai agreed that, “The ammonia tank is an environmental and security risk,” reiterating plans announced last June “to remove the dangerous tank from Haifa through the establishment of an ammonia production plant in the south.”

“We will accept proposals from bidders to build the plant at the end of March,” Gabai added this week. 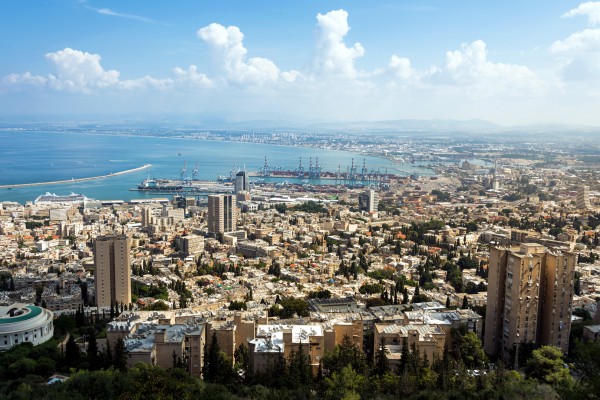 Haifa’s ammonia facility and oil refinery have been environmental threats to the city for a long time, affirmed Haifa mayor Yona Yahav on Wednesday.

In March 2015, the Israel Health Ministry found that 15 percent of cancer cases in Haifa, inflicting about 30 children up to age 14 and 750 adults, were attributed to air pollution, arguably an affect of the city’s big petrochemical plants.

Gabai promised a few months later, in June, that Haifa’s ammonia tank will be dismantled within three years, while Israel would be planning another ammonia site in the desert of southern Israel.

“We will work together, in cooperation, take responsibility together and solve the problem together,” Gabai told reporters last June. “We also have the full backing and support of the Ministry of Finance and Minister [of Finance] Moshe Kahlon, who is working with us on the strengthening of the Haifa metropolitan area.”  (Arutz Sheva)

After the April 2013 explosion of a fertilizer plant in Waco, Texas, Israel’s then-Environmental Minister Amir Peretz said the closeness of the ammonia plant to the Israeli public in Haifa is “dangerous” and said, “We cannot let the images from the Texas explosion also appear in Haifa.”  (Arutz Sheva)

According to information recently leaked to the media, University of Haifa researchers have also been conducting a study on whether the ammonia and other petrochemical plants have caused the growth of infants’ heads to stall —with some newborns’ heads measuring 20–30 percent smaller than average.  (JPost)