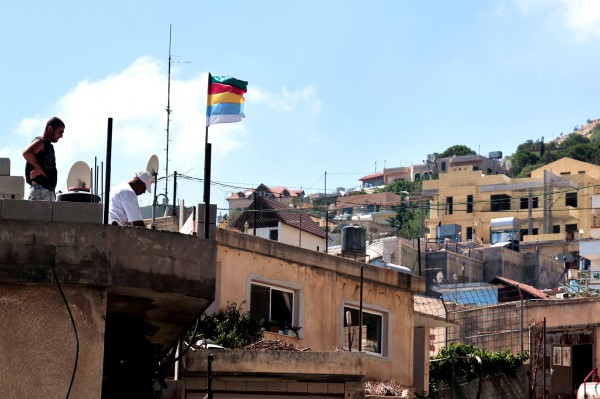 Majdal Shams is a Druze village on the Golan Height.  The flag is the Druze flag.  While Israel gave the Druze the option of citizenship, most rejected it.

“Listen to my cry, for I am in desperate need; rescue me from those who pursue me, for they are too strong for me.  Set me free from my prison, that I may praise your name.  Then the righteous will gather about me because of your goodness to me.”   (Psalm 142:6–7)

Tension mounted on the Golan Heights among Druze and Jewish communities last week as sirens sounded in response to Syrian rockets.

Sirens were heard in Ortal, Alonei Ha-Bashan, Merom Golan, and Ein Zivan.  The rockets fell on the Syrian side of the border, and the Golan residents returned to their routines.  (Jerusalem online)

Israel won over 400 square miles of the Golan Heights in 1967 when Syria attacked the fledgling nation.  Until now Israel has avoided being drawn into the Syrian conflict on its border or appearing to side with any faction in Syria. 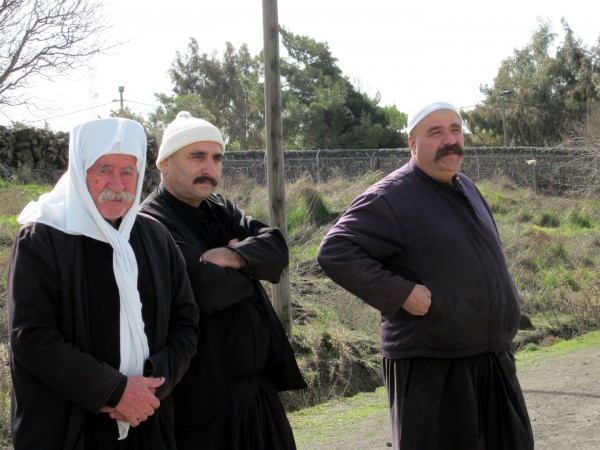 Members of the Druze community who reside in the Golan Heights overlook the transportation of apples en route to Syria.

Israel is warning, however, that it will not hesitate to protect its Druze minority on the Golan Heights, many of whom have chosen to remain Syrian citizens.  Many Druze who live on the Golan work in agriculture and in the Israeli tourism industry.

Elsewhere in Israel, many in the Druze community serve in the Israel Defense Forces (IDF) and are strong supporters of the state.

The recent slaughter by members of the al-Qaeda-affiliated Al-Nusra Front of 20 Syrian Druze at a northwest Syrian village created panic in the Israeli Druze community, who are worried that their families in Syria may be facing the same fate as other religious minorities by Islamic extremists.  (JP)

Israeli Druze MP (member of Parliament) Ayoub Kara, who is a member of Netanyahu’s ruling Likud party, said that “for the first time, Syrian Druze have been making direct contact,” concerned that they are in danger.

About 4,000 protestors in the mostly Druze town of Isafiya on Mount Carmel in Haifa took to the streets to urge Israel to protect Druze who live across the border.  (JP)

Druze are also asking Israel to prepare a safe zone for a possible influx of refugees. 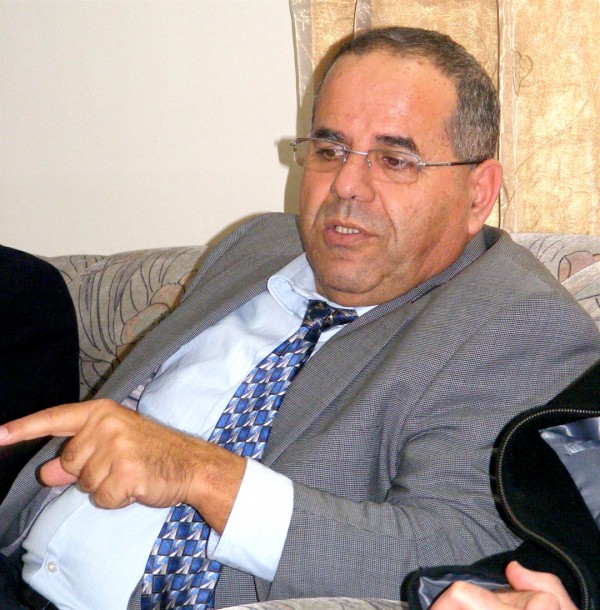 Ayoub Kara is a Druze Israeli politician who currently serves as a member of the Knesset for Likud and as Deputy Minister of Regional Cooperation.  (Photo by Jusmine)

On June 16, the IDF chief of staff, Lieutenant-General Gadi Eizenkot, said that “Israel will prevent a massacre of refugees on its border with Syria.”

A day later, the Syrian Druze village of Hadar, which is about a mile from the Israel-Syria border, was surrounded by rebel forces.

“Hader is now totally surrounded by rebels, who just took a strategic hilltop north of the village,” the director for the Syrian Observatory for Human Rights, Rami Abdel Rahman, told AFP, the French based news service.

Meanwhile, Prime Minister Benjamin Netanyahu told the Knesset, “Israel will not remain indifferent to what happens along her borders.”

Netanyahu has also said that he has given “instruction to do what is necessary” to help Syria’s Druze, and Syrian rebels have been warned not to attack Hadar.

Numbering more than a million in the Middle East, the Druze trace their religion to an offshoot of Shiite Islam.  They form about 3% of Syria’s population (about 700,000) and have mostly avoided enlistment into government forces.  They do, however, form militia to defend their communities.  (YNet)

About $2.5 million have reportedly been raised so far among the Druze of Israel for transfer to the Druze of Syria through Jordan for help with their defense and humanitarian aid.  (JP)