This past week, the Islamic Movement released a 17-minute video titled “Underneath al-Aqsa,” which accuses Israel of building a series of tunnels beneath the western part of the Temple Mount grounds.

The video alleges that Jewish tunneling is a means of Judaizing the Temple compound, with the end goal of rebuilding the Holy Jewish Temple.

“This lie is nothing new.  For the past century, Palestinian leaders have told the “Al-Aksa is in danger” lie in order to incite their people to attack Jews.  It is important to expose and counter this fabrication because it remains a spark that can lead to bloodshed,” writes the Jerusalem Center for Public Affairs. 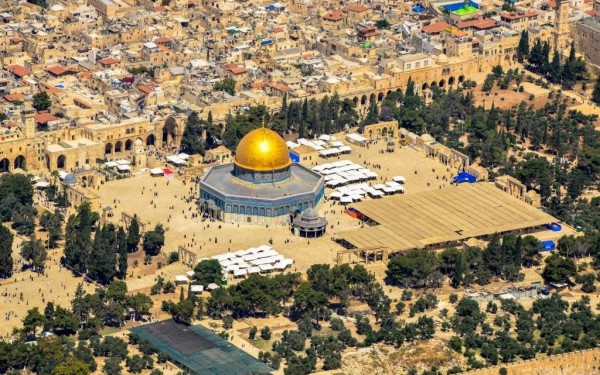 Those excavations showed no respect for the site’s archaeological past.

Archaeologists now continue to sift through the dirt that was removed by Arab trucks from this area and have been salvaging the remains.  Many finds, sadly, cannot be placed in an accurate position or depth on the Temple Mount.  Yet, these finds continue to reaffirm the historical presence of the Jewish people and the First and Second Temples on the Temple Mount.

Even with such longstanding Jewish presence on the Mount, in the democratic State of Israel, there is no danger to either the Temple Mount (Muslims have renamed the entire Temple Mount platform as al-Aqsa) or the black-capped al-Aqsa Mosque building.  Muslims worship there freely.  Only those who riot or commit acts of violence against other visitors are confronted by Israel security personnel. 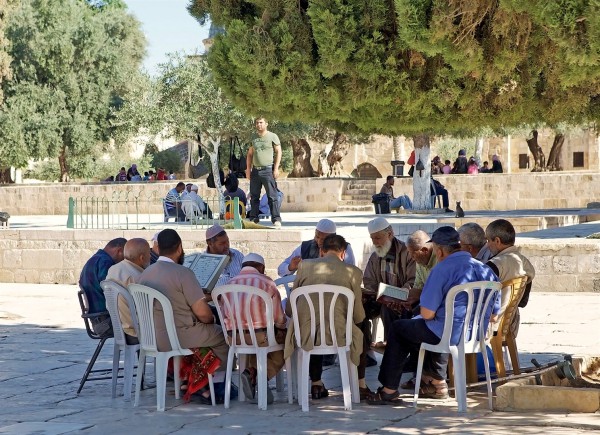 Muslim visits to the Temple Mount are quite different than Jewish visits.  Muslim visitors enjoy unchallenged study groups and times of peace and quiet.

In the propaganda film, Sheikh Raed Salah states that “the occupation [Israel] is openly committing crimes, and it leans on an invented agreement it signed with Jordan to install cameras on the Temple Mount in order to continue committing these crimes.”

Members of the Palestinian Authority rebuked Jordan, saying the cameras would allow Israel to arrest non-Israeli Arabs who wreak havoc, do damage, and threaten violence on the Temple grounds.

In a seeming attempt to calm the Palestinian concerns, Foreign Minister Nasser Judeh positioned Jordan against Israel, saying the cameras would “expose Israeli assaults and violations.”  On March 17, Jordan said the installations were slated to happen “in the coming days.”

According to Salah, Israel’s “crimes include the digging beneath al-Aqsa, the daily Jewish storming of the mosque, the expelling of young Muslims stationed in al-Aqsa to protect the mosque, and the propaganda according to which Israel should impose its sovereignty on Temple Mount.”

The Mount is under Jewish — Israeli — sovereignty with the Jordanian Islamic Waqf only carrying administrative privileges.  However, Israel’s policies to prevent conflict have restricted Jewish access to aspects of the Temple grounds, the holiest Jewish site in the world.

Despite the Mount’s status as a holy site to both Jew and Muslim, Muslim children often play soccer there. 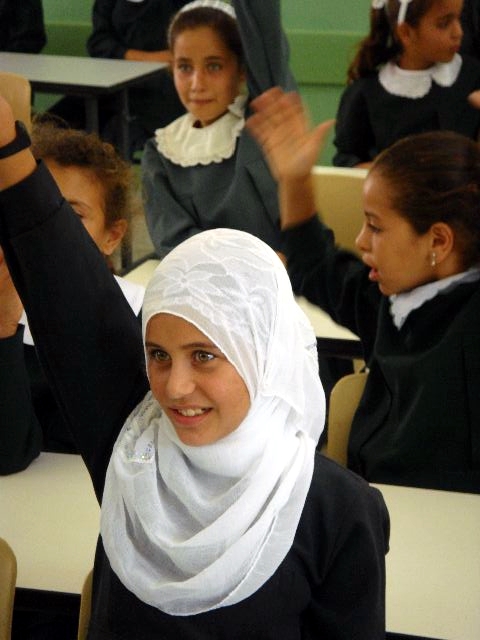 The “al-Aqsa is in danger” myth is not the only incitement against Jewish Israelis.  Indoctrination in the form of cartoons, television shows, and music videos permeate Palestinian society, including the classrooms of even the youngest children.

The Hamas-affiliated Shehab news agency posted a video called “The Palestinian Alphabet,” which reveals how “the fundamental Palestinian national principles” are cemented in a child’s mind even before the Arabic alphabet.

“The Arabic letter alif (A) is for Asra [prisoners]; the letter ayn [‘A] is for Awda [the return of the refugees]; the letter mim (M) is for muqawama [“resistance,” i.e., terrorism], while in the background there are pictures of armed terrorist operatives from all the terrorist organizations; the letter qaf (Q) is for Al-Quds [Jerusalem]; the letter ha [H} is for huriya [freedom],” writes the Meir Amit Intelligence and Terrorism Information Center.

Since the next generation of Palestinians is being taught to follow in the footsteps of the current generation: to incite, to reject, and to murder, the long-awaited day when a Jewish state would live peacefully beside a Palestinian state seems to be nowhere in sight.