“Who is it you have ridiculed and blasphemed?  Against whom have you raised your voice and lifted your eyes in pride?  Against the Holy One of Israel!’”  (2 Kings 19:22)

The Islamic Republic of Iran is encouraging Iranian children to fill its military ranks in order to “free” Iraq and Syria — with Jerusalem as the promised final target.

According to Shahin Godabi, an official with the opposition National Council of Resistance of Iran (NCRI), this is the first time Iran has sought child volunteers since its war with Iraq in the 1980s.  (Washington Times) 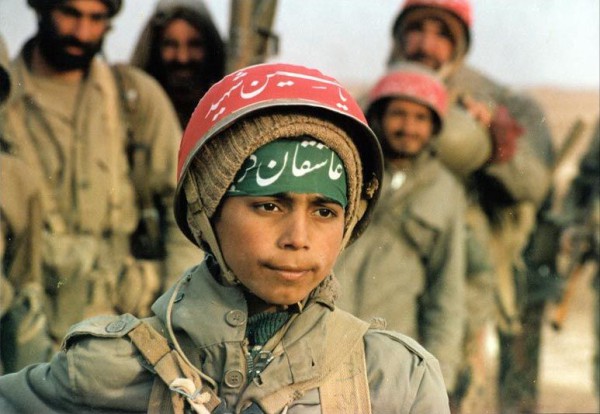 An Iranian child volunteer on the front line during the Iran-Iraq war.

To draw Iranian youth, Iran is using a recruitment video, produced by the Bassij Music House and shown over several days in April on state-run television.

“This promotional clip, first of all, manifests the anti-human nature of the regime which seeks to even mobilize the children of its own loyalists as cannon Fodder,” said the Paris-based NCRI official Shahin Gobadi.

The recruiters’ first goal is to draw Iranian children into the fighting in Syria and Iraq, where the Islamic State also has a stronghold.  The recruitment-video footage shows children training with weapons and holding guns.

In an English translation of the video by NCRI, boys sing:  “On my leader’s [Khamenei’s] orders, I am ready to give my life.  The goal is not just to free Iraq and Syria; my path is through the sacred shrine [Damascus, Syria], but my goal is to reach Jerusalem.”

“I don’t regret parting from my country,” they sing.  “From Mashhad [northeast Iran], I will walk on foot to Damascus.  I am like the bird who flocks to the sacred shrine [referring to Shiite shrines].”

While fighting on behalf of Syrian President Bashar Assad, Iran’s Islamic Revolutionary Guard Corps (IRGC) has had most of its casualties near Aleppo, “several hundred kilometers away from the holy Shiite shrines near Damascus,” Gobadi said.  (Washington Times)

In the five-year civil war, Assad has the blood of countless Syrian civilians on his hands through employing chemical warfare and other means of brutal repression against both rebel groups and the civilians that have been in the way. 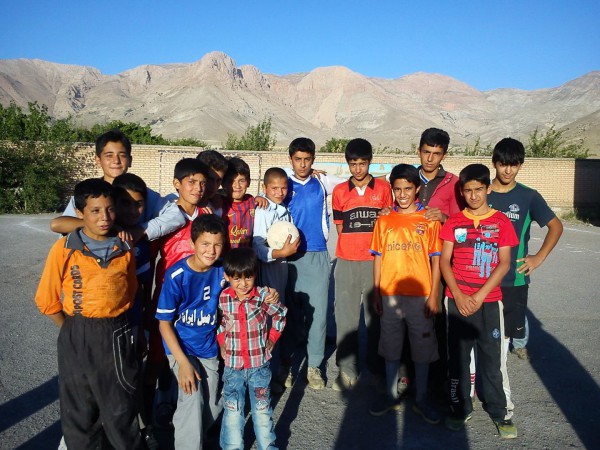 The Syrian Center for Policy Research in February reported that the Syrian civil war is responsible for about 470,000 deaths, with 11.5 percent of the country’s population wounded or killed since 2011.

A blogger on the Camera website believes the Islamic Republic’s call to Iranian youth indicates “the lack of domestic enthusiasm for the regime’s regional ambitions.”

BBC also specifies that the Iranian forces fighting in Syria “are mainly ethnic Hazaras … recruited from impoverished and vulnerable migrant communities in Iran and sent to join a multi-national Shia Muslim militia — in effect, a Foreign Legion — that Iran has mobilized to support [Assad].”

A video produced last year by the Islamic Revolution Design House also promoted the recapture of the Temple Mount in Jerusalem, which Muslims call a mosque in itself.  With that target in mind, the boys also sing, “In this just path [to Syria and on to Jerusalem], I am wearing my martyrdom shroud.”

News
Has the Bethlehem Star Reappeared?

Since the first chapter of Genesis declares that God can use the stars as for signs of things to come, many are talking about the current conjunction (near alignment) of the planets Venus and Jupiter, which create the image of one extremely bright star, reminding some of the Bethlehem Star that appeared at the time of the birth of Yeshua (Jesus).