“You have fulfilled the words spoken against us and against our rulers by bringing on us great disaster.  Under the whole heaven nothing has ever been done like what has been done to Jerusalem.”  (Daniel 9:12)

On Tuesday, a Jordanian-Palestinian draft resolution, which repeatedly states that Islam has the only claim to the Temple , was postponed minutes before a meeting at the United Nations Educational, Scientific and Cultural Organization’s World Heritage Committee.  The resolution was delayed due to lack of support and completely ignores the Mount’s Jewish history, identity, and Biblical destiny.

Though UNESCO’s executive board adopted a similar resolution in April, the Jordanian and Palestinian delegation could not garner the necessary votes in the larger committee to subvert history.  Israel’s Ministry of Foreign Affairs’ Director General Dr. Dore Gold released a letter of complaint last Tuesday to UNESCO calling the document a “one-sided draft resolution.”

In fact, it offers not just a pro-Arab or pro-Muslim agenda, it willfully runs roughshod over the Jewish identity of Har HaBeit [Mount of the Home, or the Temple Mount].

The resolution sought to erase and rewrite history on the international stage.

Of course, Palestinian denial of history is nothing new.

At the second summit at Camp David, in July 2000, United States negotiator Dennis Ross observed a claim by Palestinian Authority leader Yasir Arafat that “the Temple never existed in Jerusalem, but rather in Nablus.”

Senior Palestinian negotiator, Saeb Erekat, has also asserted that the Jerusalem Temple is a Jewish invention.

To support this lie, the postponed resolution calls the Temple Mount by a Muslim nom de guerre, “Al-Haram Al-Sharif,” ten times, “exclusively using the Islamic term for Temple Mount, without any mention that it is the holiest site in Judaism,” the United Nations Watch website observes. 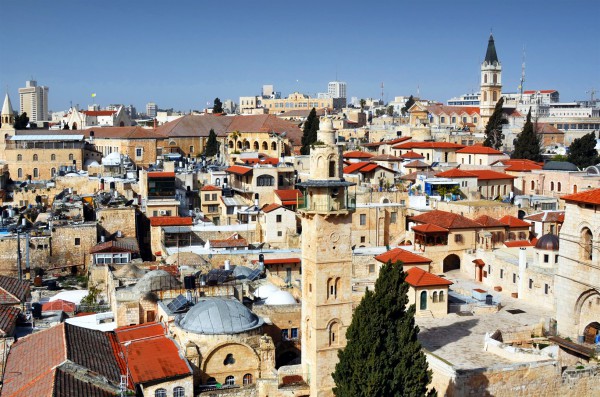 Despite that skepticism, the Jewish attachment to Jerusalem and the Holy Temple on the Temple Mount is well documented in history, including in the Bible.

Jerusalem has long been the holiest city in Judaism, and it is mentioned more than 600 times in the Hebrew Bible.  Religious Jews pray toward Jerusalem and the Temple Mount three times a day.  A glass is shattered at Jewish weddings to acknowledge that the bride and groom’s joy is incomplete because the Romans destroyed Jerusalem 2,000 years ago.

Many Jews also customarily recite the 137th Psalm:  ‘If I forget thee, O Jerusalem, let my right hand wither, let my tongue cleave to my palate.”

The resolution also claims “the Old City of Jerusalem and its walls” belong to Islam, and it seeks to restore the Temple Mount to “the historic status quo” — that is, according to them, what existed between 1949 and 1967, under Jordanian occupation.

“This is part of a larger campaign at the UN, and particularly in UNESCO, to Islamize sites historically belonging to other faiths,” the UN Watch statement adds, observing that the resolution consistently calls Israel the “Occupying Power” of Jerusalem.

As well, the resolution accuses Israel of “misconduct” and “deliberate vandalism” on the Temple Mount, both untrue statements; in reality, Muslim “rioters” regularly use the site to harass or stone Jews or police officers. 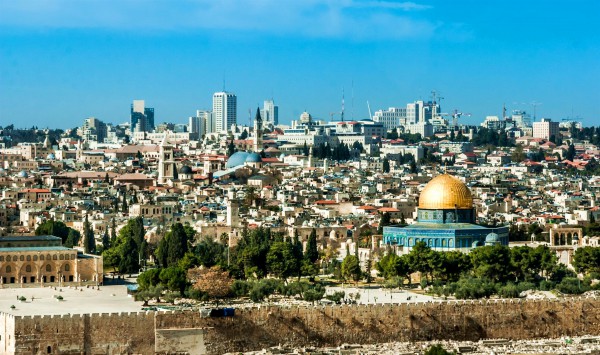 Gold’s letter of complaint provided a brief synopsis of Jerusalem’s Jewish history, noting that “the Jewish people restored their majority in Jerusalem in the mid-19th century.”

Then, in 1948, their “ancient synagogues were destroyed and desecrated by a coalition of invading armies … who ethnically cleansed the Old City of any Jewish presence.”  This is the historic status quo desired by Jordan and the Palestinian Authority.

“The resolution is full of distortions and is totally disconnected from reality on the ground,” Gold writes, saying “UNESCO’s adoption of utterly false allegations about Israeli archaeological practices is misplaced and hypocritical at best.”

Meanwhile, Gold adds, the resolution sniffs of the jihadist trend in the Middle East of destroying historical heritage sites, such as is perpetuated by the Islamic State in Iraq and Syria.