“See how they are repaying us by coming to drive us out of the possession you gave us as an inheritance.”  (2 Chronicles 20:11)

This week the Palestinian Authority (PA) will take another step in its initiative to deprive the Jewish People of their holy places by seeking Islamic authority over the holiest site of Jewish prayer: the Kotel (Western Wall).

The Jewish People consider the Kotel holy because it is a remanent of the Second Temple.

Through a proxy contingent, the PA has submitted a new proposal to UNESCO (the United Nations Educational, Scientific and Cultural Organization) that claims the Jewish Temple’s last remaining external-support wall is actually part of the Al-Aqsa Mosque.

The proposal is set for a vote at UNESCO this week. 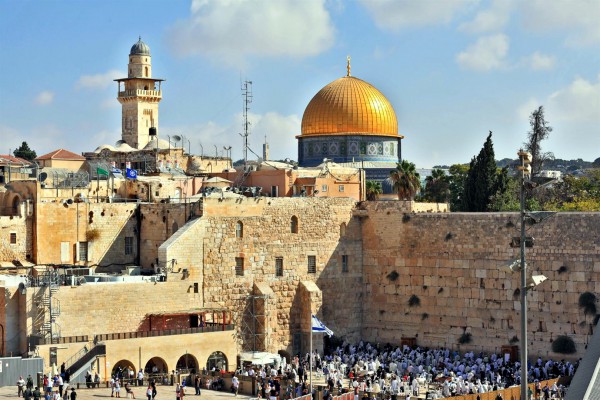 Apart from the Temple Mount, the Western Wall, also known as the Kotel, is the most significant site in the world for the Jewish People.  We know that it is the last remnant of our Temple.

The claim of Islamic ownership also extends to the Mughrabi Gate at the Western Wall plaza, which is the only point of access to the Temple Mount for non-Muslims.

Six Arab states — Algeria, Egypt, Kuwait, Morocco, Tunisia and the United Arab Emirates — submitted the proposal on behalf of the Palestinians because they are not members of the committee.

This move can be seen as part of the Palestinian attempt to seek nationhood without negotiation with Israel.   Another goal is to divide Jerusalem into a Palestinian and an Israeli capital, placing the entire Old City of Jerusalem in Palestinian hands.

Israeli sources told Ynet that the PA intends also to move the bid to the UNESCO plenum, the organization’s full assembly, where the PA is recognized as a state.

Until the 1920s, the Western Wall was never of  interest to the Palestinians.  The Jerusalem Mufti attributed Islamic holiness to it only after the Balfour Declaration was signed in 1917, which declared that “His Majesty’s government view with favour the establishment in Palestine of a national home for the Jewish people.” 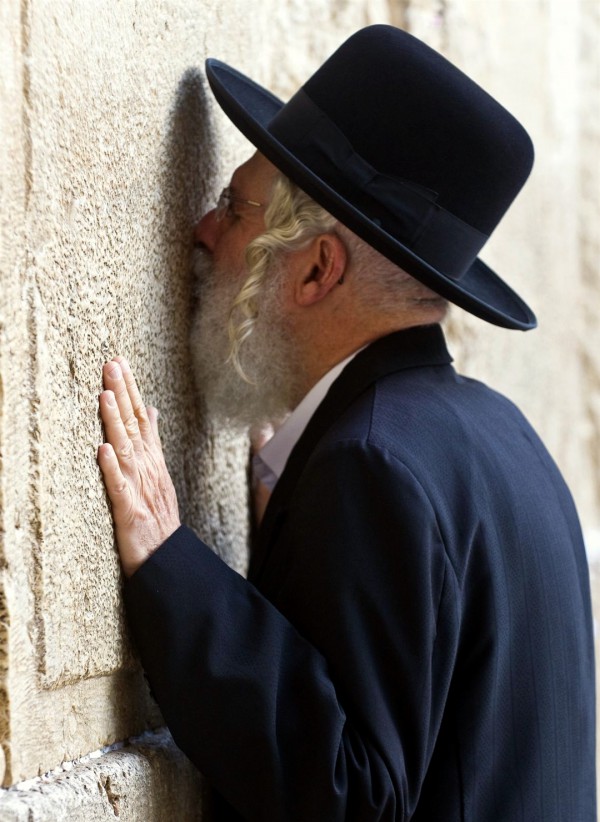 An ultra-Orthodox Jewish man kisses the Western Wall, the last remnant of the Second Temple.

The Israel Antiquities Authority (IAA) writes that the Mufti’s scheme was a response to Zionist groups who emphasized that the Western Wall is “a national symbol of the Jewish people, in addition to its [Jewish] religious significance.”

The Mufti, then, might have been one of the first to suggest that the Western Wall was the spot where (according to the Quran) Muhammad tied his winged animal (buraq in Arabic) upon which he ascended to heaven.

The PA’s proposal claiming the Western Wall for Al-Aqsa would have the UN cultural group rename the Kotel the “Buraq Plaza,” which Muslims called the structure in the 1920s, trying to assert a claim to it, writes Arutz Sheva.

Were UNESCO to hand authority over this area to the Jordanian Islamic Waqf and somehow override Israeli sovereignty, the implications would likely be a block to all non-Muslim entrance to the Temple Mount — 200,000 Christians and 12,000 Jews per year.

The Mughrabi Gate was installed in the Western Wall “probably in the 12th century AD,” states the IAA.  The gate was built above the Barclay Gate, which is the Temple’s most ancient gate and which “can be seen in the women’s section of the Western Wall.”

The lower Barclay Gate, found in 1848, is “one of the Temple Mount Gates which date back to the Second Temple and are mentioned in Jewish and Christian sources of the period,” writes the IAA.

News of the proposal broke on Friday in Israeli media, as Itamar Eichner of Ynet projected that the document would pass because of the Arab-Muslim majority in the 58-member UNESCO Executive Council.