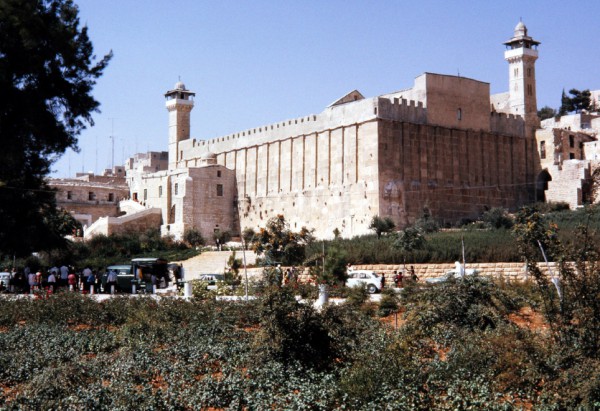 We read in the Torah that Abraham purchased a series of caves and the adjoining field as a burial place.  All of the patriarchs and matriarchs are buried there but Rachel.  Because this site is the second most sacred site in Judaism after the Temple Mount, Herod built an impressive enclosure over the caves.

On Wednesday, a UNESCO (the United Nations Educational, Scientific and Cultural Organization) resolution classified the Cave of the Patriarchs in Hebron and Rachel’s Tomb in Bethlehem as Muslim sites and an integral part of Palestine.

The resolution was approved after last-minute removal of the Palestinian request to also declare the Western Wall to be a Muslim holy site.  (YNet)

The UNESCO resolution also condemns Israel for so-called “aggression and illegal measures taken against the freedom of worship and access of Muslims to Al-Aqsa Mosque and Israel’s attempts to break the status quo since 1967.”

The resolution, which was drafted by Algeria, Egypt, Kuwait, Morocco, Tunisia and the United Arab Emirates, “strongly condemns Israeli aggression and illegal measures restricting freedom of worship and access to the holy Muslim site of the al-Aqsa Mosque.”

It also says that the UN “strongly deplores” among other things “persistent outbreaks of Israeli right-wing extremists on the site.”  As adopted, it “urges Israel” to “take the necessary steps to prevent provocative actions that violate the site’s sanctity.”  (YNet)

It passed with 26 in favor, six against (the United States, Britain, Germany, the Netherlands, the Czech Republic and Estonia), and 25 abstentions. 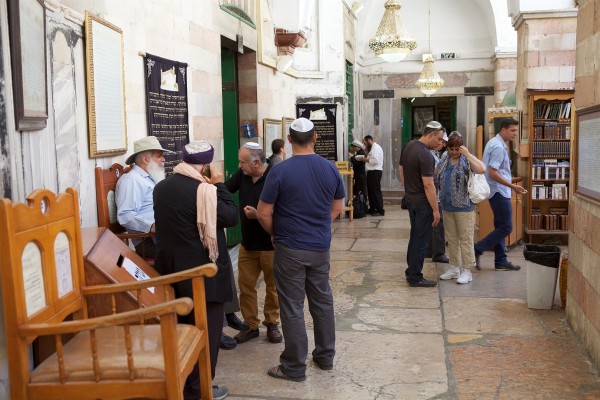 Interior of the cave of the Patriarchs

In response, all 19 Jewish members of the US House of Representatives criticized the UNESCO vote, and on Wednesday signed a statement declaring that, “the continued false allegations against Israel as having violated the status quo at the Temple Mount, which is under the custodianship of Jordan and the Wakf Muslim religious trust, and blaming Israel for the surge in violent attacks, must be condemned.”  (JPost)

“Instead of striving to reduce tensions, the authors of the resolution are working to fuel the flames in the region, using irresponsible religious rhetoric and distorting history,” the MFA stated.

“This decision is yet another step in the continuous Palestinian endeavor to rewrite history and distort the sources of World Heritage in this part of the World.  The Palestinian leadership’s attempt to claim for themselves Jewish and Christian holy sites doesn’t bode well; suffice to look at the torching of Joseph’s Tomb by Palestinians just a few days ago.  The deep Jewish ties to the holy sites in Jerusalem and its surroundings are undeniable and no decision of UNESCO can alter that.”

The MFA added that “the resolution aims to transform the Israeli-Palestinian conflict into a religious confrontation, and its adoption is a disgrace for UNESCO’s Executive Board.  The Executive Board has joined the pyromaniacs seeking to set fire to the most sensitive sites to humankind.” 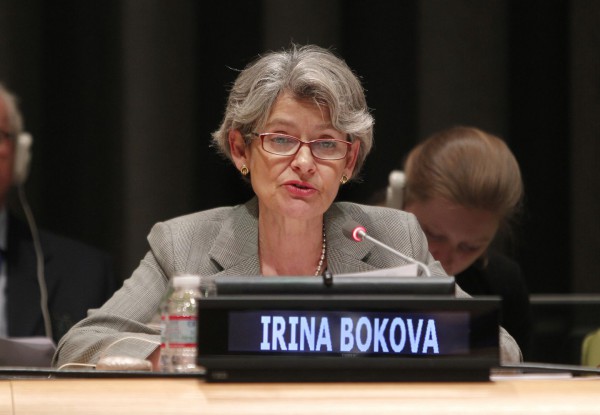 Irina Bokova, Director-General of UNESCO, opposed the resolution to designate the Western Wall a Muslim site.

In fact, UNESCO’s Director-General Irina Bokova opposed the resolution, calling it an attempt to take “the protection of cultural heritage hostage.”  She described it as “undermining UNESCO’s mandate and efforts.”

According to an official UNESCO statement, Bokova “deplores the proposals” and ”appeals to the UNESCO Executive Board to take decisions that do not further inflame tensions on the ground and that encourage respect for the sanctity of the Holy Sites.”

“We all have responsibility to UNESCO’s mandate, to take decisions that promote dialogue, tolerance and peace,” said Bokova.  “This is especially important for young people, who should be nurtured and educated for peace.”  (UNESCO)