“If you say, ‘The Lord is my refuge,’ and you make the Most High your dwelling, no harm will overtake you, no disaster will come near your tent.”  (Psalm 91:9–10)

To encourage Palestinian unity, Al-Quds University in eastern Jerusalem erected at the campus entrance a Christmas tree decorated with the faces of Palestinian “martyrs” — many who have killed, maimed or murdered Jews and Israelis.

Ironically, eastern Jerusalem’s Al-Quds University president Imad Abu Kishk said at the event, “We are united by Jesus (Yeshua) who taught us love, tolerance, and how to turn the other cheek.”  (Times of Israel) 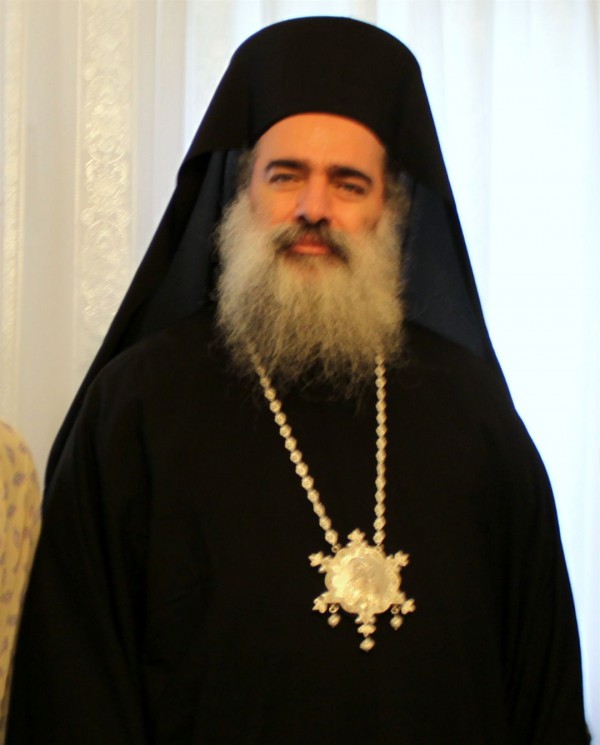 The event was attended by Archbishop Atallah Hanna of the Greek Orthodox Patriarchate of Jerusalem and Bethlehem Mufti Sheikh Abdul-Majid Ata Amarna, who unveiled the tree and declared it a “martyrs’ tree.”

“Christmas is not only a holiday for Palestinian Christians, but is for all Palestinians.  The Palestinian people is united, whether Muslim or Christian,” Abu Kishk said.

Hanna slandered Israel with accusations of “a new apartheid,” “oppressive politics” against Muslims and Christians, and “preplanned terrorism” by Israelis against Palestinians, including “cold-blooded murder” and “field executions.”

Last October, Hanna was one signatory of a letter to Europe “from Jerusalem, our occupied capital,” claiming “we can’t reach our churches due to a foreign power and our people continue to be humiliated by an undesirable occupation.”  The letter called Europe to “support Palestinian non-violent initiatives to end the Israeli occupation, including the recognition of the State of Palestine on the 1967 border with East Jerusalem as its capital.”

In contrast to Hanna’s hate-filled rhetoric, Greek Orthodox priest Father Gabriel Nadaf told the United Nations Human Rights Council last year that “Israel is the only place where Christians in the Middle East are safe.”  (Arutz 7)

Nadaf’s backing of Israel prompted Arab members of the Knesset (parliament) to declare him “an agent of Zionism who seeks to divide Arabs.” 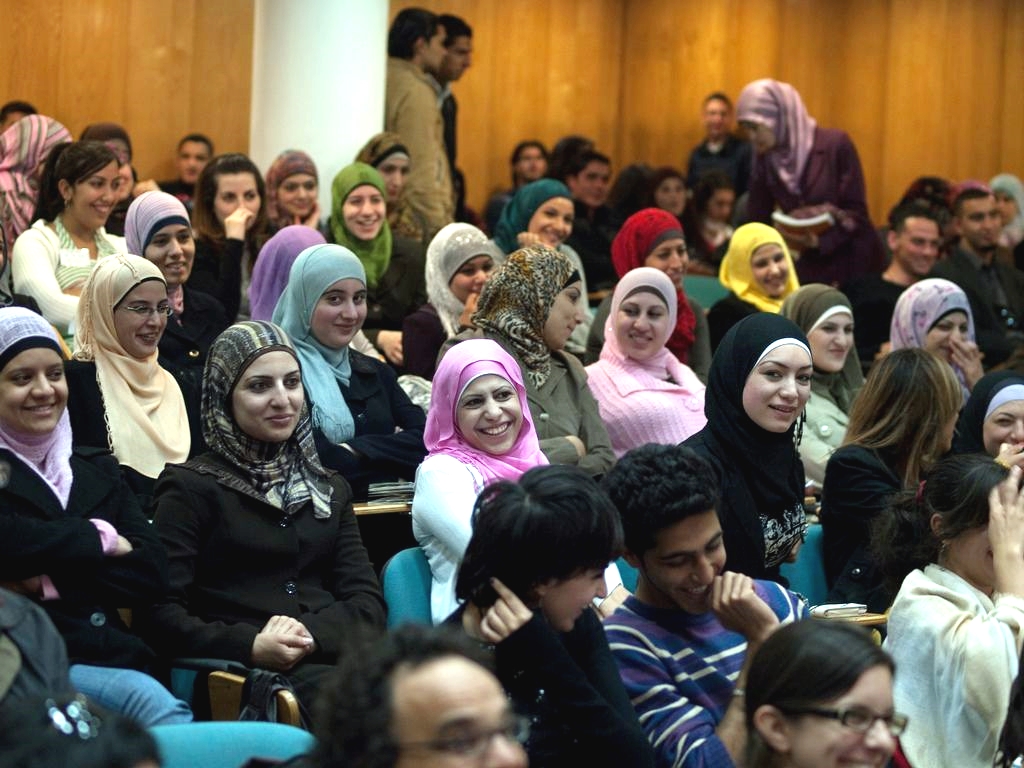 Al Quds (Jerusalem) University students attend a lecture at the Palestinian Festival of Literature in 2010.

Of Hanna’s long-waged propaganda campaign against Israel, the Lach Yerushalayim organization, experts on happenings in eastern Jerusalem, said, “It is saddening to see religious leaders taking part in incitement against the State of Israel, instead of being a moderating and unifying force.”

Lach Yerushalayim’s director, Maor Tzemach, also called “on the security forces to bring [Hanna] to justice,” according to Arutz Sheva.

“Al Quds University [has been] a wide core of incitement in recent months,” Tzemach noted, adding that it was the academic home of law student Mohannad Halabi, who murdered Rabbi Nehemia Lavi and Aharon Banita-Bennett this October.

Meanwhile, in Ramallah, city leaders said on December 2 that they would not light their yearly Christmas tree “out of respect for the martyrs.”  Instead, the city has been “hosting solidarity activities daily, such as funerals of martyrs, and demands for the return of martyrs’ corpses from Israel.”  (Times of Israel)