“‘Cursed is anyone who withholds justice from the foreigner, the fatherless or the widow.’  Then all the people shall say, ‘Amen!'”  (Deuteronomy 27:19)

About 20,000 Israelis are suing Facebook for its failure to take tough action against online incitement by Palestinian extremists:

“Facebook is fanning the flames of the current Palestinian intifada,” said Nitsana Darshan-Leitner, the group’s Tel Aviv-based lawyer, after filing the lawsuit with the New York State Court.

“Many of these murderers were motivated to commit their heinous crimes by incitement to murder they read on Facebook — demagogues and leaders exhorting their followers to ‘slaughter the Jews,’ and offering instruction as to the best manner to do so, including even anatomical charts showing the best places to stab a human being,” states the complaint. 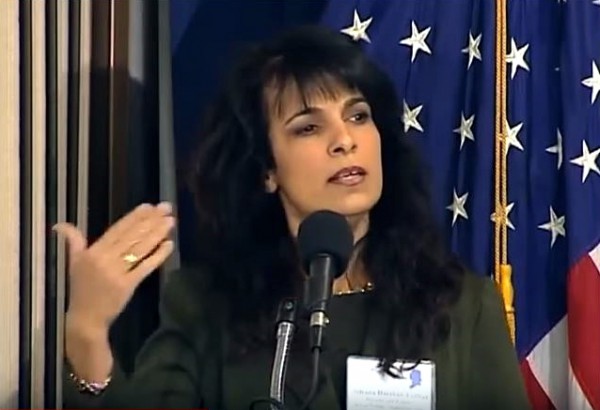 On October 13th, Lakin was stabbed and shot in the head by two Palestinian terrorists who hijacked a public Egged bus in East Talpiot, Jerusalem.  Lakin was a passenger on the way home from the doctor.

The pair of Arab assailants, one carrying a gun and one carrying a knife, killed three others during the attack and wounded 17, including Lakin.  (Ynet)

Lakin succumbed to his wounds on October 27, the day after filing the lawsuit in New York.

“I spent the past two weeks holding my father’s hand by his bed, praying for him … but I also spent a lot of time researching and thinking what is going on, and I saw the massive amounts of incitements, of instructional videos that show people how to split stomachs open, how to cut veins, how to create injuries, inciting people to do this — that that’s really at the core of this current intifada,” said Micah Avni, Lakin’s son, in a video interview.

“… randomly stabbing people brutally in the street — it’s the result of incitement that is passed along and it is strengthened by social media,” said Avni, who filed the lawsuit on his father’s behalf, leading thousands to sign a petition against Facebook. 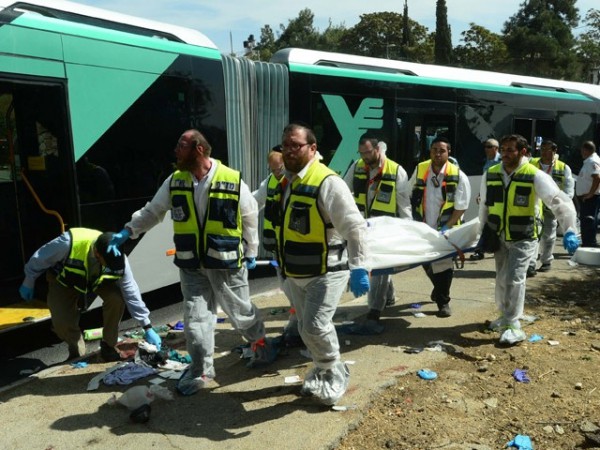 The body of a victim is removed from the scene of a terror attack on a bus in Jerusalem, October 13, 2015.  (GPO photo by Kobi Gideon)

“If they can allow inciteful material to be published on Facebook and have it impact millions of people and have that create terror which then has brutal effects on people like my father … then they have to take responsibility for that.”

“He used social media in such a peaceful and wonderful way to spread ideas about education; he had thousands of followers on Twitter,” Lakin said, “but as I looked at his attackers, and I looked at the posts that they put on Facebook before the attack, putting their will to be a shahid, to be a martyr, and encouraging others to do so — having that spread around on Twitter and on Facebook and on LinkedIn, I realize there’s also an evil face to social media.  And I realize that social media has reached the level where incitement has run rampant.”

Avni emphasized that his father believed that “people could work together in peaceful ways,” but he was clear:  “Social media killed my father.”

Israel advocacy groups have publicized the lawsuit and continue to point out the incendiary posts of would-be martyrs and of others trying to incite against Jews and Israelis.

Among the posts that Facebook has allowed include instructions on “how to attack effectively an [Israel Defense Forces] IDF vehicle: Molotov cocktail and nails to the tires; glass bottles and paint to the windows.” 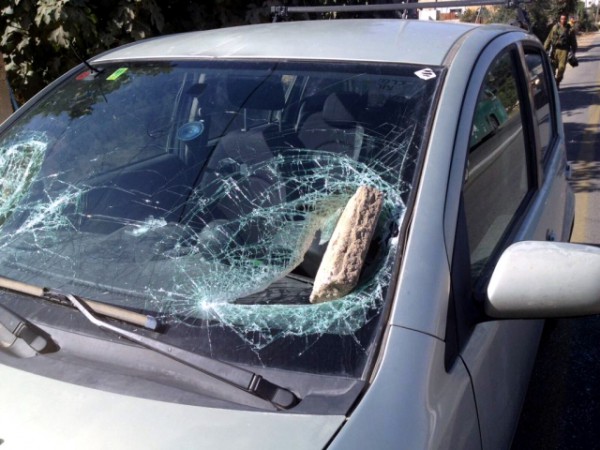 Palestinian rock-throwers have often targeted cars with Israeli license plates, injuring or killing the vehicle occupants. The rocks that Palestinians throw at Israelis are far from harmless.  (IDFblog)

Far too many Facebook groups incite members to murder in the name of rallying for “Palestinian resistance.” 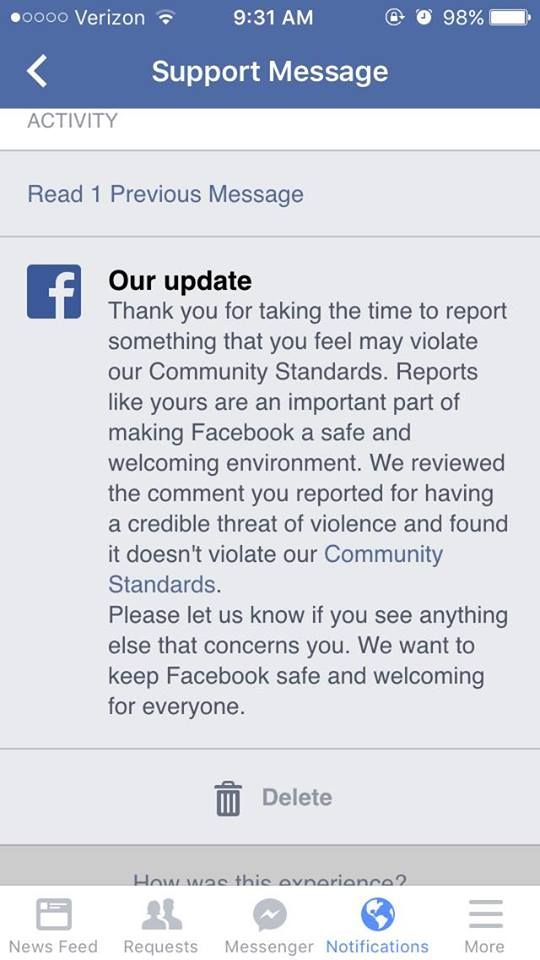 Facebook’s response to a complaint about Palestinian incitement.

One Facebook user, Stephanie, reported a post that said any Jews who weren’t in the region before it became a State needed to be killed or expelled.

“This does not violate our terms” has been the Facebook response to thousands of reports against such posts.

To Stephanie, Facebook responded:  “Reports like yours are an important part of making Facebook a safe and welcoming environment.  We reviewed the comment you reported for having a credible threat of violence and found it doesn’t violate our Community Standards.

“Please let us know if you see anything else that concerns you.  We want to keep Facebook safe and welcoming for everyone,” the Facebook update states.

Stephanie responded to Facebook, “I’m very disappointed that this doesn’t violate your ‘community standards.’  I urge you to reconsider those standards.”

Those community standards include “Helping to keep you safe” and “Encouraging respectful behavior.”

A Facebook spokesman told Fox News the suit is “without merit.”