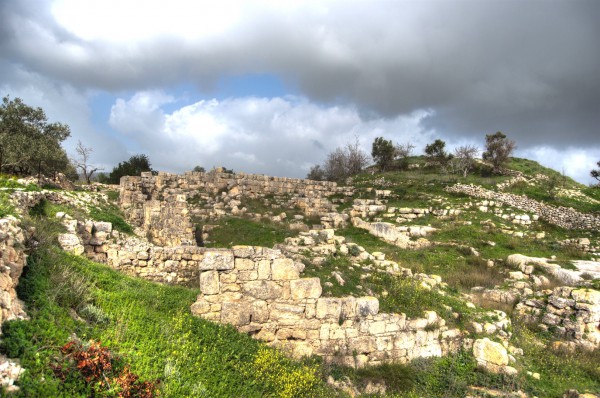 In 30 BC, Augustus awarded Shomron (Samaria) to Herod the Great who renamed it Sebaste.

“[King Omri] bought the hill of Samaria from Shemer for two talents of silver and built a city on the hill, calling it Samaria, after Shemer, the name of the former owner of the hill.”  (1 Kings 16:24)

The biggest of four large pottery troves found since 1915 that bear Paleo-Hebrew writing was unearthed in northern Israel’s ancient capital of Samaria—now in the borders of the Jordanian-named West Bank region.

Israel has been accused in recent years of occupying the region annexed by Jordan in 1948, which was restored 19 years later to Israeli administration.

But the archaeological evidence bears witness to the region’s long-held Hebraic history, beginning with King Omri who purchased the site of Samaria in the 9th Century BC (1 Kings 16:23–24).

In a scene from the Black Obelisk Jehu, designated mIa-ú-a mar mHu-um-ri-i (Jehu son of Omri) bows before Shalmaneser III.

A team of archaeologists led by Tel Aviv University Prof. Israel Finkelstein, who has directed a dozen field excavations throughout Israel since the 1970s, has dated the about-100 potsherd texts found in Samaria to the early 8th century BC.

Several troves of ostraca, potsherds used as writing surfaces, were found dated to circa 600 BC at the following sites: Tel Lachish, west of Mount Hebron in central Israel; the southern city of Arad; and in the Negev at Tel Malhata, Khirbet Uza, and Kadesh Barnea.

About 100 ostraca fragments were found at Arad, and the three sites in the Negev revealed a few dozen ostraca all together.  The ostraca are linked to the First Temple age, much older than the Dead Sea Scrolls found in the Qumran caves, which are dated between 250 BC and AD 68.

“I [Caleb] was forty years old when Moses the servant of the Lord sent me from Kadesh Barnea to explore the land.  And I brought him back a report according to my convictions, … So on that day Moses swore to me, ‘The land on which your feet have walked will be your inheritance and that of your children forever, because you have followed the Lord my God wholeheartedly.'”  (Joshua 14:7, 9) 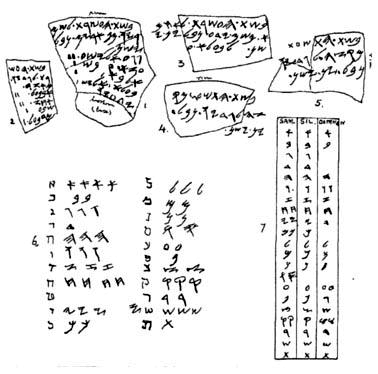 Sketch of a selection of Samarian ostraca

About six years ago, Finkelstein teamed up with physicist Eli Piasetsky and several mathematicians to assess the ostraca for the literacy levels of ancient Israel and Judah, using statistical analysis to determine the number of different handwritings on the ostraca.  (Haaretz)

According to Finkelstein, who believes that late 7th century Judah shows sophistication and a high level of literacy, “the medium was so spread, that even a humble quartermaster in a small, remote desert outpost used it.  There must have been a large education system to support that.”

The archaeology team preserved the texts as digital images and then passed the physical archive to mathematicians Arie Shaus, Shira Faigenbaum-Golovin and Barak Sober who built a multispectral-image camera to capture light frequencies beyond the range of human sight.

According to Shaus, on one occasion, “the technician mistakenly photographed the reverse side of an ostracon, which was known to be blank, and the image revealed four clear lines of text there.  It had been sitting in a museum for 50 years and nobody ever noticed this.”

The mathematicians also built software algorithms that would recognize specific letters from the Paleo-Hebrew alphabet and automatically create digitized representations of the text, lowering the likelihood of human translation error.

While Finkelstein seeks to promote a greater reliance on the scientific approach and to be critical of archaeological claims that are custom-fitted to the Biblical narrative, the shards do support it.

For example, a Lachish ostracon states, “We can see the signals from Lachish, but we no longer see Azekah.”

This likely refers to the last two Judean fortresses to fall before the siege of Jerusalem by Babylonian King Nebuchadnezzar II. 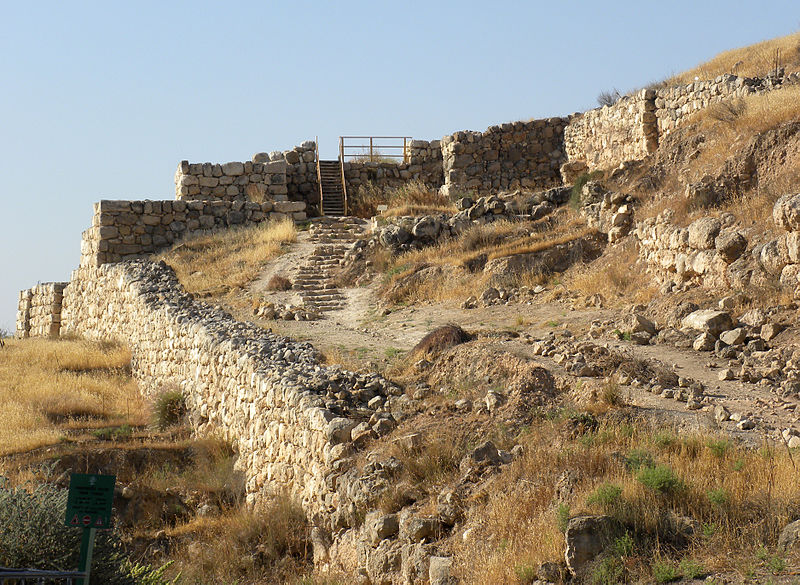 Meanwhile, others are busy investigating the accuracy of the Biblical narrative, as well.

Filmmaker Tim Mahoney released his award-winning documentary Patterns of Evidence: the Exodus earlier this year, investigating the Exodus from Egypt and featuring the contrasting views of experts about whether the event occurred.

While Mahoney confirms that there is no evidence for the Hebraic Exodus during the reign of Rameses over Egypt, the filmmaker features archaeologists and Egyptologists who look to “evidences that are earlier than Ramses that match this story.”

In Patterns of Evidence, Finkelstein states that “[the] Exodus did not happen in the way that it is described in the text,” but having worked on the film for 12 years, Mahoney tells CBN he intentionally made the film to carry a neutral scientific approach.

“The whole Bible has a foundation in the story of the Exodus.  What this film does—which I believe it’s profound—is that it actually shows where the pattern of evidence is.  And that, I think, has never been done before,” Mahoney said.