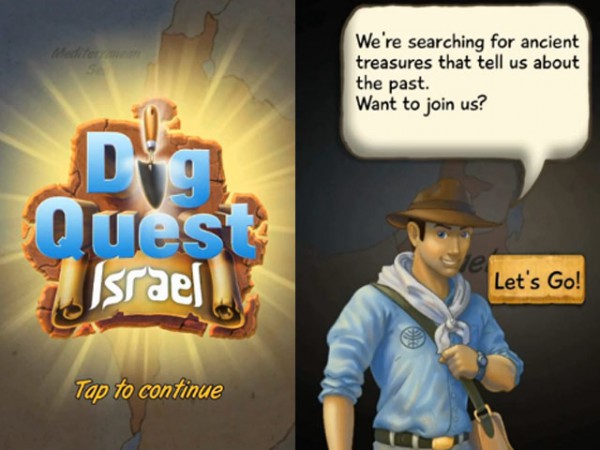 “I will remember the deeds of the Lord; yes, I will remember your miracles of long ago.  I will consider all your works and meditate on all your mighty deeds.”   (Psalm 77:11–12)

Israel’s ancient past and the Bible have been brought to life in a new way for children.

The Israeli Antiquities Authority (IAA) has created a fun, free educational App called “Dig Quest: Israel,” which makes the Dead Sea Scrolls, the most important archaeological discovery of the 20th century, available on the iPhone and iPad.

As children ages 7–11 explore Israel’s ancient past—everything from Lod’s Roman period mosaics to portions of Scripture such as the Psalms and the Ten Commandments, they play specially designed games that transforms the iPhone or iPad into archaeological tools that help them uncover ancient artifacts, solve puzzles, and discover secret meanings. 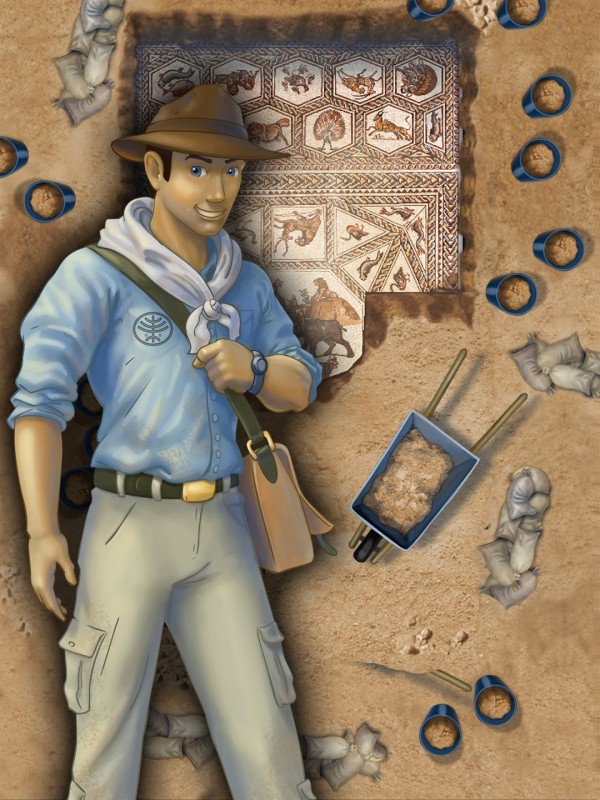 This unique suite of games, which has over 50 images of archaeological treasures, was developed in collaboration with the IAA’s archaeologists and researchers.

“As they play, kids get a feel for what archaeologists do as they experience the excitement of discovery and the creativity and skills involved in solving mysteries from the distant past,” the IAA states.

For its two starter games, the App promises to give more than 30 levels of discovery and fun, offering facts, translations and audio excerpts from unearthed scrolls.  Players will also enjoy a “collection box” to store their discoveries.

The Qumran dig game allows kids to find the fragments of Israel’s 2,000-year-old Dead Sea Scrolls, which can then be pieced together in a puzzle.

In addition, at the Qumran dig, “you scan the scrolls to reveal their text more clearly, mirroring the advanced spectral imaging process performed by the IAA team in the laboratories,” the organization says. 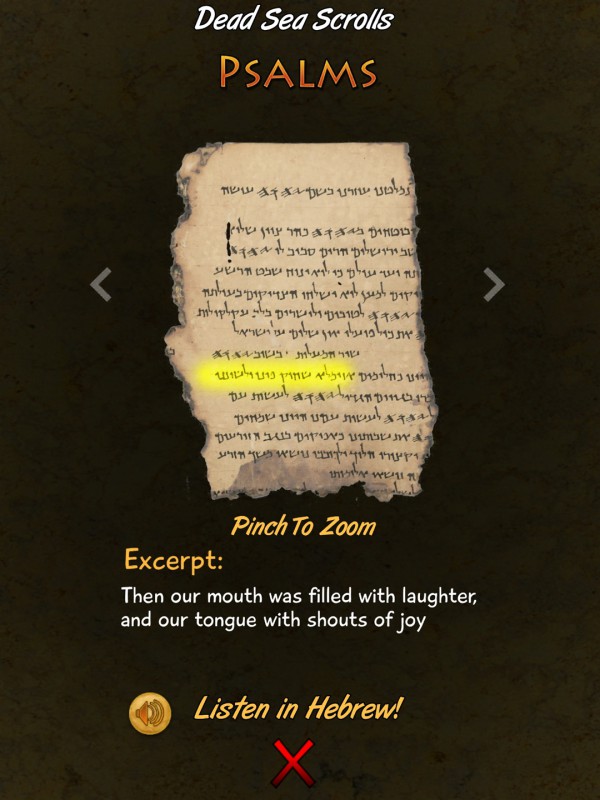 “At Lod, you clear the dirt to uncover an ancient Roman period mosaic, and then play a fast-paced quiz-style game using your smarts and powers of observation to identify and classify the animals and objects on the mosaic,” the Authority states.  (IAA)

The IAA started with the Lod Mosaic because it “is currently making a world tour in leading museums in the U.S. and in Europe, and … it is one of the most beautiful ancient works of art discovered in Israel,” said the spokesperson for the IAA to Tazpit News Agency.  “We thought that the mosaic will lend itself nicely to the iPhone platform. … Also, the images on the mosaic—animals, fish, ships, shapes, hunting scenes—are perfectly suitable for children.”

The Lod Mosaic Museum, to open in coming days, will also offer the app to the museum’s young visitors.