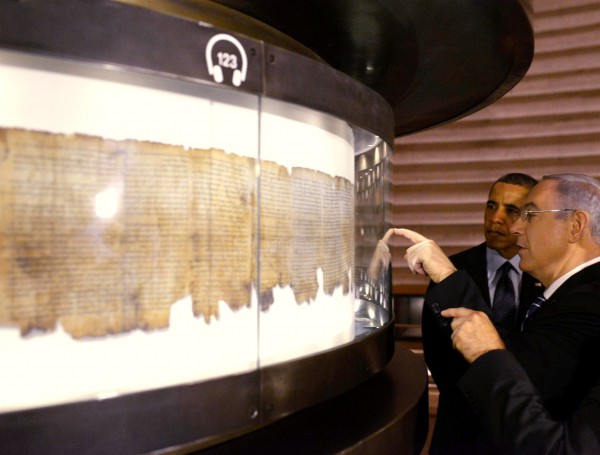 “For as the rain and the snow come down from heaven and do not return there but water the earth, making it bring forth and sprout, giving seed to the sower and bread to the eater, so shall my word be that goes out from my mouth; it shall not return to me empty, but it shall accomplish that which I purpose, and shall succeed in the thing for which I sent it.”  (Isaiah 55:10–11)

In the summer of 1947, less than a year before the prophesied re-establishment of the State of Israel, a young Bedouin shepherd threw a rock in a cave and heard the shattering of clay jars.  Upon closer inspection, many were empty, but others housed parchment scrolls, some wrapped in linen.

Today, that cave is referred to as ”Cave 1” of the Qumran Valley in the northern Judean Desert near the Dead Sea.  Between 1947 and 1956 more scrolls and artifacts would be discovered in more caves.

Included in the Biblical writing and Apocryphal texts found at Qumran were the Book of Isaiah, the Book of Habakkuk, the Thanksgiving Scroll, the Community Rule Scroll (the Manual of Discipline), the War of the Sons of Light against the Sons of Darkness, and a Genesis Apocryphon scroll. 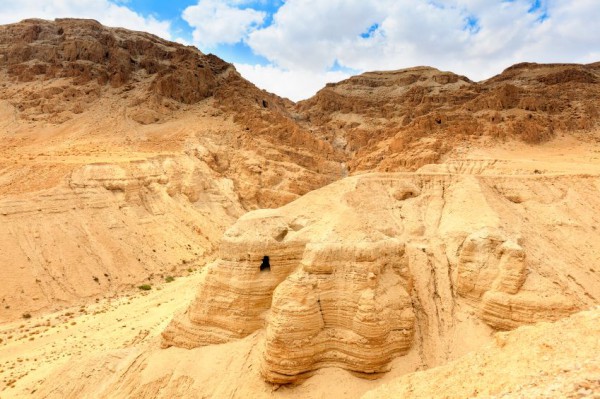 Qumran cave 4, in which ninety percent of the Dead Sea Scrolls were found. The area is 13 miles east of Jerusalem and is 1300 feet below sea level. The Dead Sea Scrolls are a collection of 972 texts from the Hebrew Bible and extra-biblical documents found between 1947 and 1956 on the northwest shore of the Dead Sea, from which they derive their name.

All of the discovered writings together comprise the Dead Sea Scrolls, also known as the Judean Desert scrolls, and are considered the most important discovery of the 20th century.

Some of these texts finally corrected an erroneous belief among some scholars that modifications were deliberately made to the Tanakh (Old Covenant) to make it look like Yeshua (Jesus) is the Messiah.

The scrolls, however, further prove that all of the ancient texts that we have relied on as Scripture, even those that predate Yeshua (Jesus), such as the Greek Septuagent (the Greek translation of the Hebrew Scriptures), have remained unchanged over the millennia.

The site, which likely reached its height of activity at the end of the 1st century BC and early 1st century AD was home to a very religious Jewish sect known as the Essenes “that meticulously upheld the laws of purity and defilement.”  (IAA)

“For many years now gangs of antiquities robbers have been operating along the Judean Desert cliffs. The robbers attempt to locate and find Dead Sea scrolls, pieces of ancient texts and unique artifacts that were left in the caves, particularly during the Great Revolt against the Romans in 66–70 CE and the Bar Kokhba Revolt in 132–135 CE, when Jewish fighters fearing the Roman army sought refuge in the desert,” said Amir Ganor, director of the Unit for the Prevention of Antiquities Robbery in the Israel Antiquities Authority (IAA).

The Bar Kokhba rebels left behind shoes, tools and texts written on papyrus. 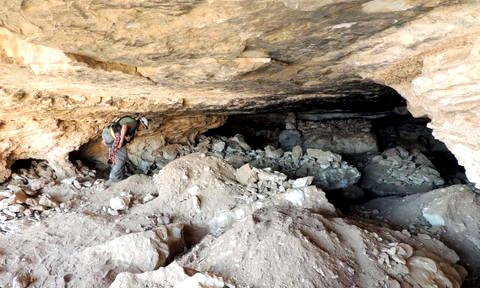 Members of the Unit for the Prevention of Antiquities Robbery on their way to the the Cave of the Skulls to assess the damage inside it by antiquities thieves. (Photo: IAA)

Because the arid desert air has preserved these relics over the centuries, antiquities thieves still see it as a treasure trove.  “These finds are sold for large sums of money in the antiquities markets in Israel and around the world,” Ganor added.

Now, for the first time in 30 years, antiquities thieves have been caught on the cliffs of Nahal Tze’elim, in the region of Ma’ale Namerm in the Judean Desert near Masada.

The group of six young men from an Arab village near Hebron reached a site known as the “Cave of the Skulls,” 150 m (500 ft) high and located on the side of a precipice, by walking a dangerously narrow goat path as well as using sophisticated climbing and rapelling gear.

Inspectors  from the Antiquities Robbery Prevention Unit arrested the men after waiting for them to arrive at the top of the cliff for the evening, another 70 m (250 ft) above the cave.  In their loot bags were a 2,000 year old lice comb and other ancient finds.

“They caused tremendous damage in the cave by digging through layers of earth while destroying archeological strata and historical evidence from the Roman period circa 2,000 years ago and the Chalcolithic [Copper] period circa 5,000 years ago,” an IAA statement said.

Destroying sites of antiquity and excavating without a license in Israel carry penalties up to five years in prison.  (JPost) 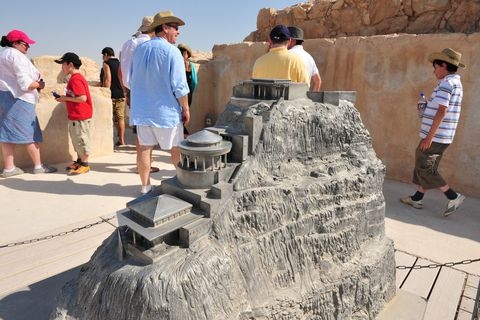 This model on Masada helps tourists to visualize what the ruins they are exploring once looked like.