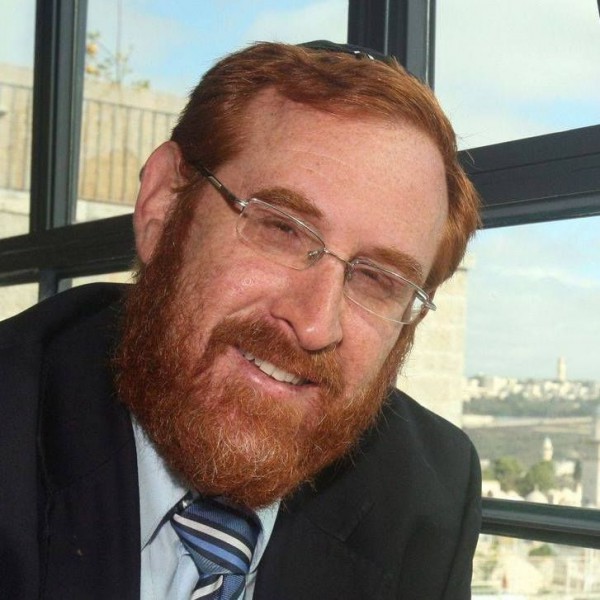 Yehuda Glick, a 50-year-old activist for Jewish prayer and visitation rights on the Temple Mount, was sworn in as a Member of Parliament (MK) on Wednesday after being released from American citizenship the day before.

Glick’s appointment to leadership in the Israeli Knesset resulted from his being 33rd on the Likud political party’s candidates’ list in the 2015 elections.

While the Likud earned an “unusually large” 30 seats in the Knesset last year, Glick’s assignment could only come to pass after the promotion or resignation of other MKs in the party.  The latest shift, moving Glick into the 30th party position, came with the resignation of Israeli Defense Minister Moshe Ya’alon over a dispute with Prime Minister Netanyahu.  (Arutz Sheva)

The American-born rabbi has become a public figure for Jewish prayer rights at the Temple Mount, the holiest site in Judaism, which, in a bid to preserve peace in the region, offers only Muslims the freedom to pray there.  Jews, Christians, and others are banned from any expressions that could be seen as prayer.

“I am an extremist: an extremist for human rights,” Glick told Breaking Israel News.  “We have to end this absurd situation that people are prevented from praying on the Temple Mount on the basis of their religion. 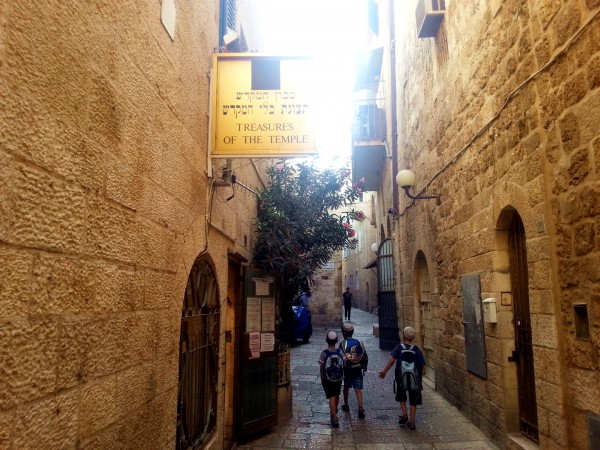 Three Israeli school children walk by the Temple Institute’s Treasures of the Temple exhibition on Misgav Ladach Street in Jerusalem.

Glick’s message for religious and ethnic equality on the Temple Mount placed him in the crosshairs of a Palestinian Authority gunman in 2014, who called him an “enemy of Al-Aqsa” (the black-domed mosque on the Temple Mount), before shooting him four times in the chest.

Glick stated last week that he does not believe his verbal advocacy for Jewish prayer rights at the holiest site in Judaism should or does provoke Arab terrorism.

To the new Knesset Member (MK), the Temple Mount represents peace, which he told his Temple Mount security team on Monday when he ascended the Mount with his wife, Yafi, for the last time as a private citizen:   “Know that everything that I do stems from the peace this place represents.”

Despite being the face of Jewish advocacy for the Temple Mount, becoming an MK blocks Glick’s access to the Mount under a ban instituted by Prime Minister Benjamin Netanyahu in October.  Glick is aware of the ban and said he will be “a team player” in observing it, even while setting “Jerusalem above my joy,” referring to Psalm 137:6. 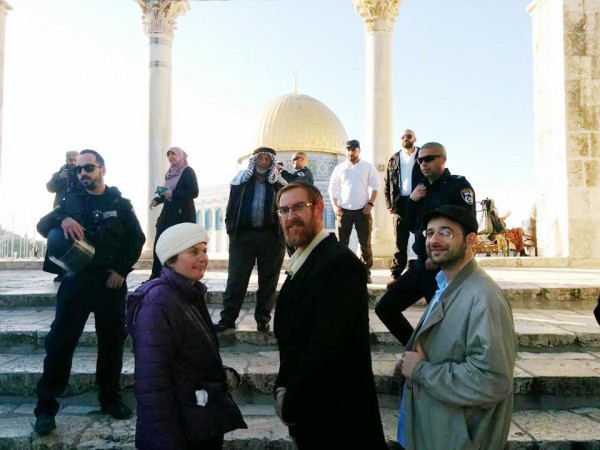 Glick added that even if it costs him the same freedom, he would continue to advocate for the freedom of worship for the Jewish people on the Mount.

“Whether I can go is less relevant as whether the people of Israel can go,” Glick said Sunday.  “Yehuda Glick is not my agenda.  Even if I can’t go up for the next 25 years, if it becomes a place that is friendly to human beings and more and more people go up, people who want to respect and honor the place, then we’re fine.”  (JPost)

Some political analysts warn that Glick’s appointment could provoke the Muslims to react.  Dr. Motti Inbari, associate professor of religion at University of North Carolina at Pembroke, told Times of Israel that “the two appointments of [presumptive defense minister Avigdor] Liberman and Glick send a message of a harder line by the Israeli government.”

Glick commented, “I never really dreamed of [joining the Knesset], but I think it’s an important tool to promote the things I believe in.” 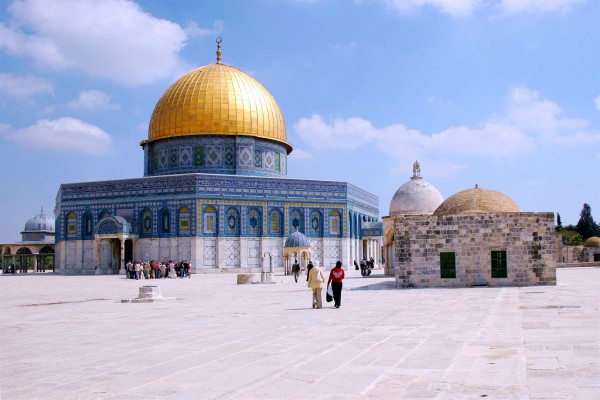 The Dome of the Rock is thought to be positioned on the spot where the First and Second Temples stood.

To Israel HaYom last week, Glick said that as an MK he would aim to “turn Jerusalem and the Temple Mount into a nexus of world peace and promote justice and peace, and always keep Jerusalem in my thoughts.”

Glick also gave an interview to Radio Kol Hai, a Haredi [Ultra-Orthodox] station on May 22, to press for the inclusion of Reform Jews by the Orthodox community.

While affirming Israel’s chief rabbinate as the authority of halakhah (Jewish Law) in Israel, Glick said, “The Reform are Jews, and they deserve their human rights as Jews.”

Glick pressed his belief that “the Reform movement needs a greater representation in Israel.”  It is important, he said, to “integrate the Reform according to their proportionate presence in the Israeli population.”

Speaking of his sudden political appointment, Glick offered to gladly step down if Ya’alon wished to return, adding, “I was afraid that I’d join the Knesset after someone was caught doing something shameful and having to resign, and I’m glad that didn’t happen,” Glick told Haaretz.  “I’m very sorry Ya’alon has gone.  I think the nation owes him a great debt and that this is a big loss for the Likud party.”