In a move largely considered a concession to Arab demands and pressure from the Obama regime and US Secretary of State John Kerry, Israeli Prime Minister Benjamin Netanyahu announced Saturday evening that the status quo of the Temple Mount would remain.

“Israel has no intention to divide the Temple Mount, and we completely reject any attempt to suggest otherwise,” he said.

This holy spot that is important to three faiths: Judaism, Christianity and Islam, will continue to function as a place of worship for only one of these three religions — Muslims.

Non-Muslims will continue to be allowed to visit the Temple Mount, but not pray or worship there.

As well, closed circuit cameras are to be placed on the Temple Mount to discourage any form of non-Muslim prayer, as well as confirm to the international community that only Muslims pray there.

The PM’s declaration prompted Jewish Home Knesset member MK Shuli Moalem-Refaeli to comment that the “feckless” agreement was a “public declaration that the State of Israel doesn’t have sovereignty over the holiest site to the Jewish people.”  (Times of Israel) 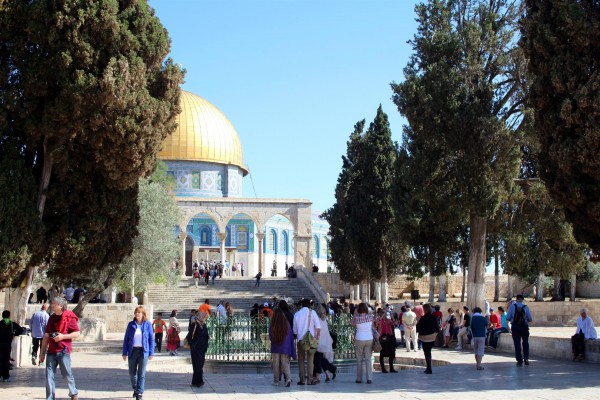 Netanyahu’s decision followed a meeting with US Secretary of State John Kerry, who subsequently met with King Abdullah II of Jordan and Palestinian leader Mahmoud Abbas.

In addition to announcing the use of round-the-clock video monitoring, Kerry also reaffirmed Jordan’s authority over the Temple Mount.

Kerry also added, “I hope that based on these conversations we can finally put to rest some of the false assumptions, perceptions” about the holy site.  “Those perceptions are stoking the tensions and fueling the violence, and it is important for us to end the provocative rhetoric and start to change the public narrative that comes out of those false perceptions.”  (YNet)

The previous day, Israel had attempted to reduce tensions by lifting age restrictions on Arabs allowed to pray on the Temple Mount.  The decision allowed all Muslims to attend prayers at the al-Aqsa Mosque at a time when Palestinian political parties were calling for a “Day of Rage.”  (Times of Israel)

Apparently, Israel hopes that by giving in to Arab demands and by placing electronic monitoring equipment on the Temple Mount, tensions will be quelled. 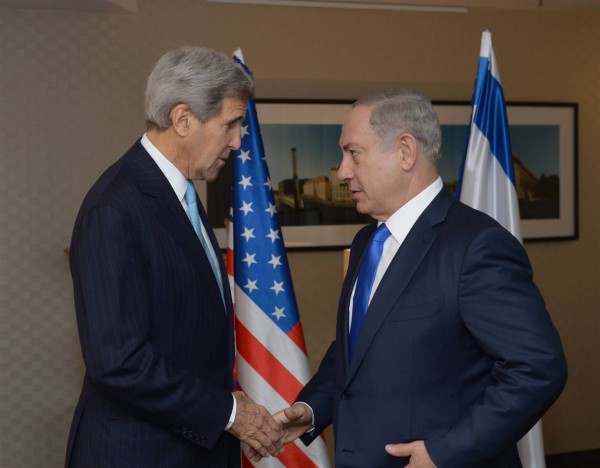 Although the Temple Mount has been the holiest site in Judaism for several thousand years, the current status quo began after the 1967 Six Day War, when Israel regained control of all Jerusalem and the Temple Mount.

From 1948–1967, Jordan controlled the Old City.  During that time, Jews were denied access to the Western Wall and the Temple Mount, and synagogues throughout the city were destroyed.

When Israel regained control of the Old City, the Defense Minister at the time, Moshe Dayan, gave the Muslim Waqf the right to maintain authority over the Mount.

Since then, Muslims have had unfettered access and enjoyed the right to pray freely at both the al-Aqsa Mosque and visit the Mosque of Omar (the Dome of the Rock).  All other peoples, including Jews and Christians, have been allowed to visit but not pray, and then only at the whim of those in authority.

Many have connected the current wave of terror in Israel with Palestinian fears that Israel is planning to allow Jews to worship on the Temple Mount, a charge repeatedly denied by Netanyahu but approved by the Jerusalem Court.

This claim has been used in Palestinian social media to encourage Muslims to attack and kill Jews in Jerusalem and throughout the Holy Land.

Between October 1–20, 10 people have been killed and 112 wounded—11 seriously, according to the Israel Ministry of Foreign Affairs.  As of October 25, there have been 43 stabbings, four shootings, and five car rammings.

On October 25, in Metzad, a man was wounded in a stabbing attack after his car was stoned.

On October 23, in Gush Etzion, an Israel Defense Forces (IDF) soldier was stabbed.  That same day in Beit El north of Jerusalem, an Israeli couple and their three children were wounded in a firebombing attack on their car.

On October 22, in Beit Shemesh, an 18-year-old Yeshiva student was stabbed by two 21-year-old Hebron area terrorists while trying to enter a school bus.  The terrorists were shot (one killed, the other critically wounded) by police when they tried to board the bus full of children.

On October 21, there were five attempts to kill security forces, police and soldiers.  In one attack, at the Adam junction, a female soldier was critically wounded in a stabbing attack.  In another attack at Beit Ummar, five soldiers were injured when their vehicle was stoned.  The soldiers were rammed by a car when they left their car to arrest the stone-throwers.

Time will tell if Israel’s renewed concessions will actually quell the violence.